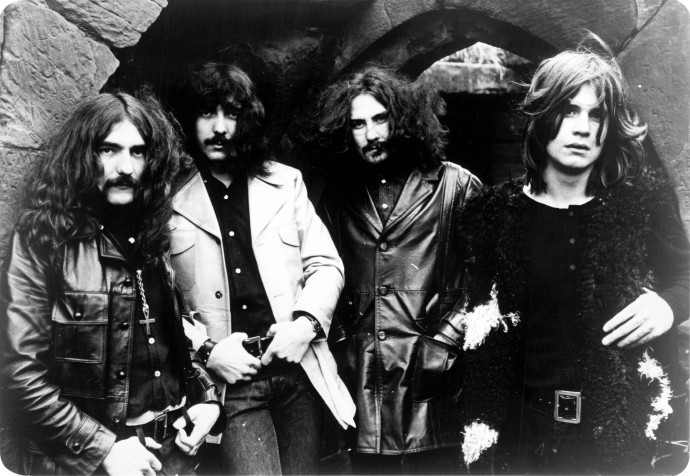 (Our guest Grant Skelton returns to NCS with a thought piece about extremity in metal.)

“I know your works: you are neither cold nor hot. Would that you were either cold or hot! So, because you are lukewarm, and neither hot nor cold, I will spit you out of my mouth.”
Revelations 3:15-16, English Standard Version

The psychedelic haze of the 60’s wasn’t extreme enough for an unknown heavy blues band called Earth. So they read some occult fiction and wrote a song based on the tritone diabolus in musica, the Devil’s interval. The song was named for a horror film starring Boris Karloff — Black Sabbath — and the name became their own. After about a decade, Sabbath were no longer on the fringe. Their extremity had waned. Enter thrash metal. Booze-pounding, head banging, denim-donning guys with mullets. If Sabbath, Maiden, and Priest were too slow for you, throw on some Metallica, Megadeth, and of course Slayer. If those bands didn’t do it for you, you could dig deeper underground for Sepultura, Possessed, Pestilence, Death, Dark Angel, Celtic Frost, and so on. Don’t forget the Florida death metal scene. And the Gothenburg scene that answered right back. Then there’s Norwegian black metal that gave us the likes of Darkthrone, Emperor, Immortal, and Mayhem.

Each generation of metal musicians stands on the shoulders of those who came before. Every generation builds on what came before it, creating layer upon layer of extremity. What was considered thought-provoking ten years ago is stagnant today. And yet, there is something of a veneration for the bands of yesteryear. Old bands that broke up, or stopped recording prior to the Internet age, are seeing a resurgence in their popularity. Young, new fans are hearing older music and they want it. They want to stream it and buy it. They want T-shirts, they want tickets to shows. They want a reunion album and a tour. So they buy an older album that just got remastered and released via Bandcamp. Or they throw in on an Indiegogo, GoFundMe, or Kickstarter. They want perks and prizes. They’re not content to just hit the repeat button on YouTube. They want to be a consumer of quality music, and not just a passerby.

Why? Because it’s something they’ve never heard before. Something about it challenges their expectations. It makes them redefine what they thought metal was. It expands their musical horizons. And they love it! This is a good thing. It’s good for emerging unsigned bands whose members can’t yet grow facial hair. It’s likewise a plus for old fogies releasing a new album when they haven’t had anything fresh since 1998.

Metal fans are in love with extremity. We like music that pushes boundaries. We’re not people who are content to accept the “status quo,” the “go with the flow,” the “mainstream.” We like the road not taken, the places that aren’t on the map. We want to know what exactly is in Mordor that has everyone so frightened. There is something inherently pioneering about metal. By its nature, it wants to explore uncharted terrain and try things that haven’t been tried before. It wants to experiment, to test its listeners. To challenge who they are and how they view the world. Metal is not passive. It is active. It always seeks new influences to incorporate as it evolves. It grows and expands with each new generation of musicians. It is in a constant state of flux. Just when you think you’ve heard everything there is, along comes something new to prove you wrong. 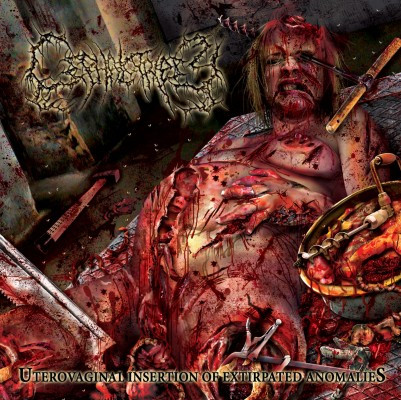 For some fans, extremity translates into brutality. They want indecipherable guttural growls, dudes in camo shorts and combat boots with hair like Rapunzel, (AND SLAMS!!!) blast beats at 400 bpm (NO! MORE SLAMS!!!), and lyrics that are so full of medical jargon you’d need a copy of Grey’s Anatomy (the textbook, not the show) to comprehend them (did I mention SLAAAAMMS!!!). They want album art that’s protested by the Westboro Baptist Church and banned in all civilized countries. They want a song whose title alone can’t be uttered aloud in pleasant company. These are your people who watch Rob Zombie films to lull themselves to sleep at night. You know the ones. These are the metal fans that even the rest of us want to approach and say,”Hey man. Are you ok?” And their presence adds to the extremity and polarity of the culture. They have chosen their flavor. They know exactly what bands deliver their goods and which ones don’t. And metal would not be the same without bands that provide this crew what they want. 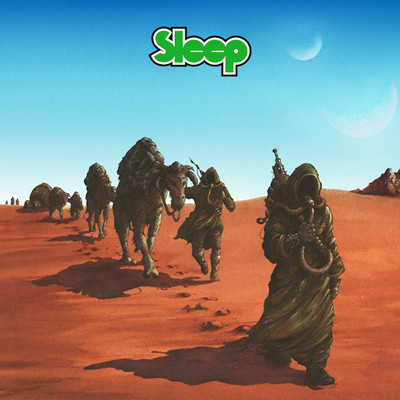 Sometimes, extremity means “epic,” i.e., a really, really, really, really, really, really….really (no, really) long song. Drone, doom and its many subgenres, black and ambient black metal offer a slew of bands that write intricate, long, dedicated pieces. I suppose this hearkens back to the psychedelic days. Lysergic trances seem to produce long songs. We can thank Iron Butterfly and their 17+ minute version of “In-A-Gadda-Da-Vida” for that. Of course, Led Zeppelin did offer a 26+ minute rendition of “Dazed and Confused” on their The Song Remains The Same live album. To listen to The Allman Brothers’ “Mountain Jam” in its entirety would take over half an hour. Sleep’s Dopesmoker album, along with its arduous history, is a latter example. An entire album composed of only 1 track. More recently, Meshuggah’s I EP consisted of a single 21-minute track. Since we’re still in the throes of Listmania, 2014 saw While Heaven Wept follow this blueprint. Their newest album Suspended At Aphelion is one track comprising multiple movements.

For metalcore, being “extreme” means two things. The first is catchier choruses. The other is… experimentation with other genres. The band may amp up their hardcore influence and introduce more breakdowns. They might institute a little death metal and have the drummer read a book on “blastbeatology.” They might even play a bit faster (or use solos) after spinning Ride The Lightning or Reign In Blood a few times in the studio. You can see this in the way that every single metalcore band promotes an album. Without fail, either in an interview or press release, the band will utter something to this effect: “The first album had heavy parts and melodic parts. With the new album, we’re making the heavy parts heavier and the melodic parts…melodic-er! We made the breakdowns even breakdownier!” 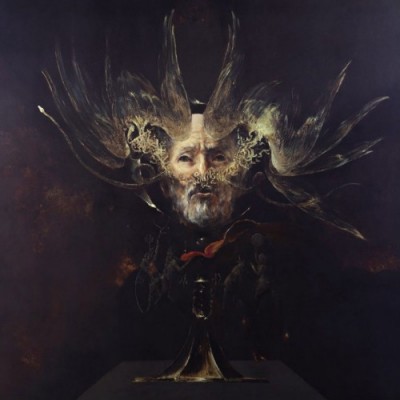 Metal’s polarity invites cooperation between different, even antithetical worldviews. What other genre of music would facilitate a band like Behemoth and a similar band like A Hill To Die Upon? These bands’ worldviews and lyrical content are polar opposites. And yet, fans of Behemoth can appreciate A Hill To Die Upon and vice versa. I once went to a show here in my hometown at which Impending Doom were on the bill. So were Dying Fetus. Impending Doom aren’t ashamed in the least about their lyrics. Neither are Dying Fetus. Both bands are extreme in their own regard, albeit in different ways. But they were sharing a stage. The same crowd that came to see Impending Doom stuck around for Dying Fetus.

I recently discovered a doom band from Poland called Evangelist. Their most recent album is unapologetically influenced by Christian doctrine. Yet they recently released a split on which they covered “Freezing Moon”, originally by Mayhem. Like Behemoth, Mayhem are vehemently anti-Christian. No other musical genre would allow this kind of interaction between two mutually exclusive worldviews. Other genres are too “safe” for something like this. Faith and religion (or opposition to it) are not a topic that most genres want to handle. An obvious exception is contemporary Christian and gospel music, genres marketed solely based on their lyrical content (but that’s another topic for another day). 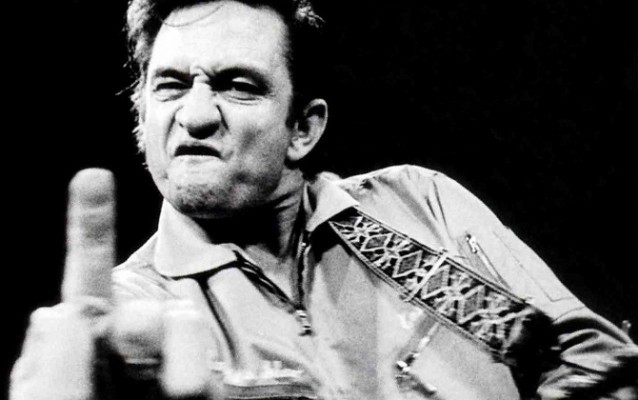 You don’t usually see this kind of polarity in other genres. For example, I like quite a bit of country music. But most of it is stuff that was around before I was alive. Because there was a time when country had its own sense of extremity. Johnny Cash is probably the best example of that. Because he pushed certain boundaries, he seems to have garnered quite a bit of posthumous popularity in the metal and punk communities. He was not someone who was comfortable being in the middle. Modern country music doesn’t challenge people. It doesn’t goad them away from the safety of their pickup trucks and field bonfires. It insults the intelligence of its own consumers by exploiting their conservative loyalties and religious worldviews. It mocks them and most of them don’t even know they are being mocked. That is not music. That is extortion of the soul.

When bands push the envelope with their album art, their lyrical content, their musical prowess, their merchandising and touring regimen, the entire genre benefits. Music is art and that is what it is supposed to do. Music should be subversive and thought-provoking. Perhaps even a little disturbing. Sometimes even very disturbing. It should press us away from the center, the middle, the neutral. It should push us into something real. Something we can hold and touch and interact with. Music should make you battle with yourself and examine who you really are. It should sift you, and help you discard parts of yourself that you no longer need. The extreme gives you a reference point, a guiding rod. When you’re on the fringe, you can look back at the folks in the middle and say,”Wow. How boring. I want my life to count for something.” Metal is not lukewarm. It never has been and never will be.

In summation, I want to clarify that I’m not genre-bashing. There’s nothing wrong with listening to whatever makes you happy. Some music is just made to make you feel good, or cheer you up. There’s a time and a place for that. There’s nothing wrong with listening to music simply because you find pleasure in it. Everything doesn’t require in-depth analysis. Notwithstanding, I wanted to put this topic of extremity forward to the readers and get some perspective.

What about you? What extreme aspects of metal do you enjoy? Why?

33 Responses to “ON EXTREMITY IN METAL”