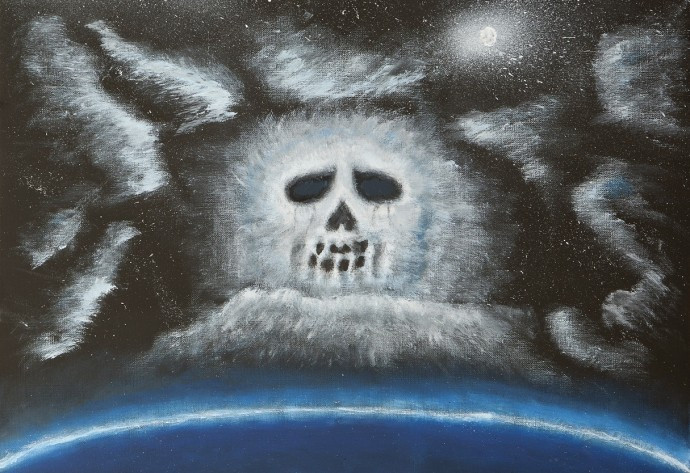 “Each song has taken an immense amount of time and energy, so much that I have been left with little to no desire to even listen to music over the last 12 months or so. It combines elements of all my previous releases, from all my previous projects, a true convergence of styles and musicality. If this were the last Midnight Odyssey release, I would be very proud for it to be so.”

But as much as death chants, these are also songs of rebirth, hymns to a new awareness for Humanity under brighter stellar lights. “It is exactly like finding a place in the universe, being given a spiritual connection with everything around you, making you feel alive and very much part of the existence around you,” Dis Pater explains. “But making you feel somewhat important too, and not just another speck of dust.” 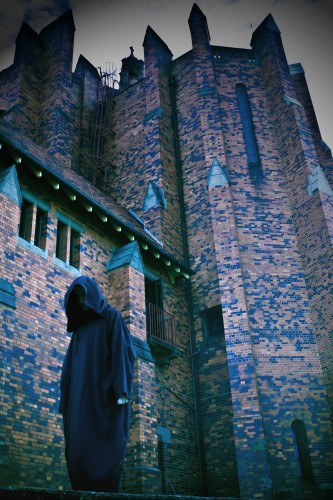 When you listen to “Hunter of the Celestial Sea”, you’ll see the sense of what Dis Pater is describing. And you’ll see other visions as well: It’s the kind of music that fires the imagination, giving birth to mental imagery that will likely be unique to each listener. It joins together shimmering keyboard ambience; a heavy driving undercurrent like the power of ocean swells; sweeping, soul-stirring melodies; the ferocity of harsh vocal expressions; and the sombre tones of deep, clean vocals as well. It’s the kind of immersive and entrancing listening experience that effectively replaces what surrounds you in the mundane physical world with something mystical and wondrous that Dis Pater has brought to life, in collaboration with every listener.

The track list of the new album is as follows:

Disc 1
1. From A Frozen Wasteland
2. Hunter Of The Celestial Sea
3. Son Of Phoebus
4. A Ghost In Gleaming Stars

Below you will find links that will provide more news about the album as its release date approaches. And after the links you’ll find the stream of “Hunter of the Celestial Sea”, followed by the song’s lyrics.

HUNTER OF THE CELESTIAL SEA

Blade is sharpened, belt fastened, eyes hardened
Mind is weakened, and blind to the dark

Blade is sharpened, belt fastened, eyes hardened
Mind is weakened, and blind to the dark

3 Responses to “AN NCS PREMIERE: MIDNIGHT ODYSSEY — “HUNTER OF THE CELESTIAL SEA””