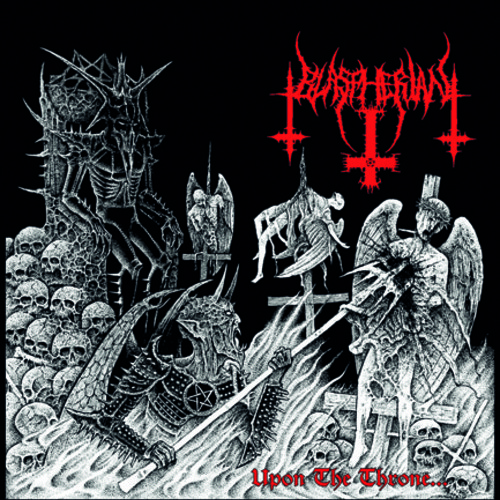 Iron Bonehead Productions has announced plans to release a new 7″ EP by Houston’s Blaspherian by the end of November. Its name is Upon the Throne… Of Eternal Blasphemous Death. The last time I wrote about Blaspherian (here) was more than three years ago, just before the release of their debut album. The fantastic cover art for the album had caught my eye, and the art for this new EP is certainly eye-catching, too.

Below you can hear a track from the EP named “Phoenix of Uncreation”. It’s a grim, grimy, grinding uncreation, a creeping, crawling, clawing calamity of death metal filth and utter malignancy, the apocalyptic atmosphere enhanced by ghastly vocals and punctured by a searing solo. 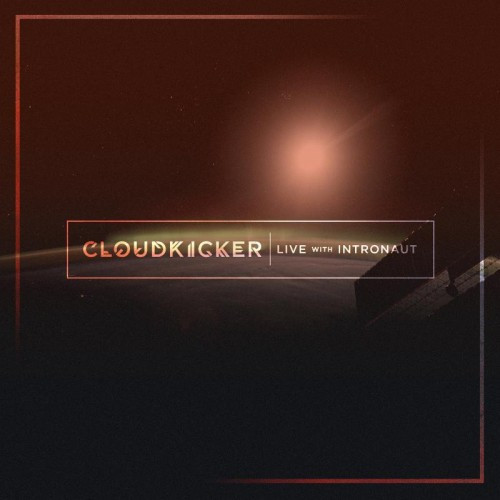 We’ve been fans of Cloudkicker since early days, and were just as excited as anyone when Ben Sharp finally decided to take his music to the stage, with no less than Intronaut performing as his backing band. During the course of that North American tour this year, the band stopped at a Texas recording studio named The Fathom Tree and recorded their entire set live on tape. Century Media has now announced that it will release that live recording on November 24 (both CD and vinyl). It’s available for pre-order here (along with a shirt).

Yesterday I saw a video of Cloudkicker and Intronaut performing the song “Subsume Part I” in Cleveland, overdubbed with the album audio. It’s very cool to see Ben Sharp on stage — who knows if this will happen again? — and the music is damned good. Here’s the track list for the album, followed by the video: 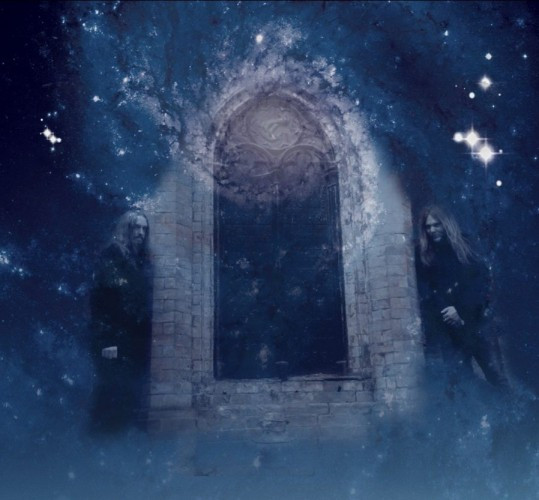 Dissvarth is the name of a project involving Dis Pater (Midnight Odyssey, ex-Tempestuous Fall, ex-The Crevices Below) and Svarthen (Aeon Winds, Concubia Nocte, ex-Karpathia), both of them providing vocals, keyboards, and guitars. Yesterday I saw a Facebook post by the I, Voidhanger label spreading the word about a first promo track from the band, a song named “Into Darkness Now Your Spirit Flies”.

The music reminds me of Sweden’s Lustre. It’s a mystical, shimmering piece of largely keyboard-generated ambient music, like the sound of sun glinting on a stream or a waltz across twilight clouds, with low whispers, soaring choral voices, and a melancholy male voice providing the beautiful vocal contributions. Everything reverberates, like the remembrance of a dream.

I don’t yet know when a Dissvarth recording will be released. 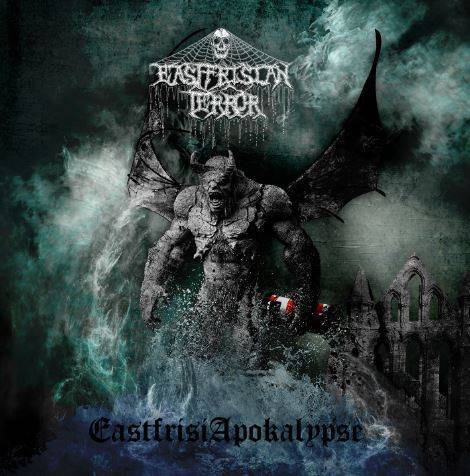 Here’s a blast from the past. If Eastfrisian Terror have released news since I reviewed their debut album Lever Dood As Slav (“rather dead than slaves”) back in 2011, it has eluded my watchful eye (the other one being a lazy eye). But today I saw that they have put up a new song for YouTube streaming, by the name of “Klaasohm”.

There is an explanation for the name beneath the video, and as rendered from the German by Google Translate it refers to a Frisian custom celebrated on the North Sea island of Borkum on the night of December 5 to December 6. It seems to involved the wearing of barrel-shaped helmets adorned with sheepskin, feathers, and gull wings. Of course, there is a drinking opening. There seems to be some stage-diving, too: 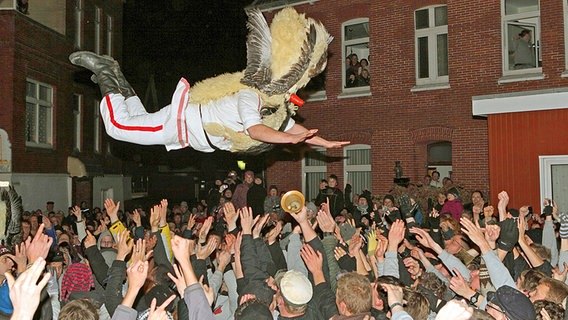 The new song paves the way for a new album named EastfrisiApokalypse, which will be released in November by Rotten Roll Rex. It features the magnificent cover art you see above, rendered by Max von Leidbild. As for the music, it’s a massive freight-train chug-fest, with the distortion dialed high and the grooves set to head-wrecking levels. Gruesome growls and demented shrieks and pig squeals are in the mix, too, along with whirring drill-bit riffs and a plethora of drum rhythms. Pass me a drinking horn, would ya? 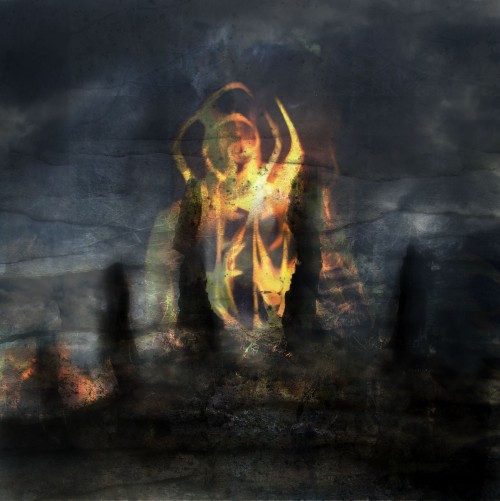 The UK’s Fen have completed recording their fourth album, Carrion Skies, which will be released by Code666 on November 22 in a variety of formats (which can be seen and ordered here). A couple of days ago the band released a video for an album track named “Menhir — Supplicant”, and the track is also now on Soundcloud. I’ve included streams from both platforms below.

“Menhir — Supplicant” is dramatic and gripping, a rolling wave of atmospheric post-black-metal that’s heavy with sorrow and as beautiful as it is often ravaging. The song is a long one that includes ephemeral instrumental passages as well as storming, tumultuous ones, and an array of impassioned vocal performances to match the song’s changing moods. It’s an archetypal musical journey, one that will lift you up and carry you away. Excellent.