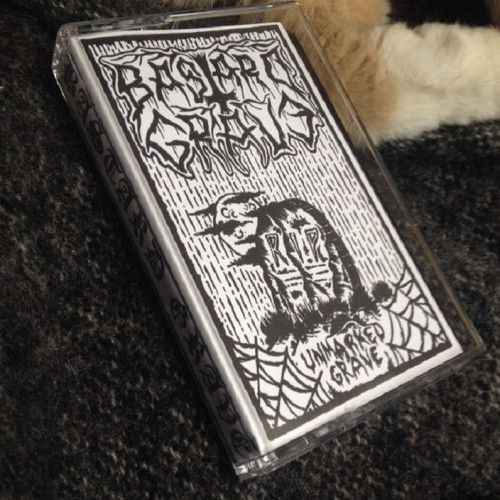 P.S. For those who came here looking for the next installment in our 2014 “Most Infectious Song” series, I’m taking a break for today — so I can figure out which two songs to post next!

On the day after Christmas, Pulverised Records announced their signing of a new Swedish band named Bastard Grave. I figured that was a stamp of quality, given how consistently I’ve enjoyed that label’s releases, so I went in search of music and found the band’s Unmarked Grave demo, released this past October. I finally listened to the demo’s three tracks this morning — and I’m digging the hell out of them.

This is hellfire Swedish death metal, a dynamic blend of old school, d-beat-inspired mayhem, crawling doom/death decay, and rancid mid-paced rockers. The instrumental performances (and especially the inventive drum work) are very fine, the high-range vocal braying is nicely throat-shredding, and the grisly melodies include some memorable hooks — along with an authentically pestilential atmosphere,

Unmarked Grave is a “pay what you want” download on Bandcamp. Look for their debut album via Pulverised in 2015 — I sure as hell will.

Last June I raved about the first demo by a Philadelphia band named Crypt Sermon, whose ranks include guitarist Steve Jansson (Infiltrator, Grass, TrenchRot), vocalist Brooks Wilson (Grass), and James Lipczynski (Labyrinthine), drummer Enrique Sagarnaga (Ashencult), and bass-player Will Mellor (Hivelords). Those ravings were unusual, because the singing on that demo was entirely clean — but I loved them, in addition to being super-impressed by the music.

I guess I wasn’t the only one who was impressed, because the reliable Dark Descent label signed them up and will be releasing their debut album Out of the Garden on February 24 (both CD and LP).

In December the band premiered one of the new songs, “Heavy Riders”. I listened to it this morning, in part because it accompanies an interview of Steve Jansson that we published today. But to be brutally honest, which is the only kind of honest we know how to be, I’ve heard the whole album already. And take it from me, the whole album is going to turn a lot of heads in 2015 — at least the kind of heads who love to be filled up with Candlemass-style classic doom.

What I didn’t know until reading that Steve Jansson interview is that Crypt Sermon is Brooks Wilson’s first foray into vocals. Which blows my mind. Listen to him: 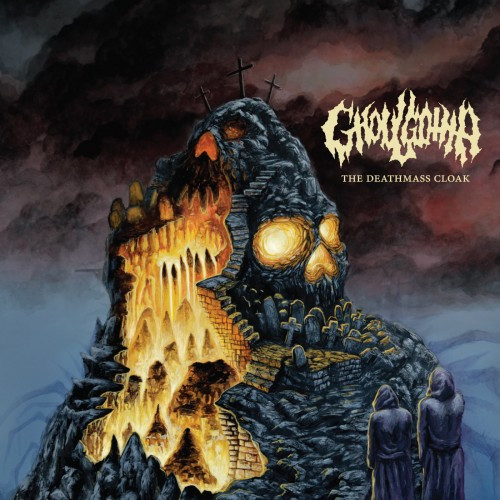 I’ve written about San Diego’s Ghoulgotha repeatedly, most recently here, in connection with  Blood Harvest‘s release last June of a two-song Ghoulgotha EP entitled Prophetic Oration of Self. Like Crypt Sermon, they’ve now signed with Dark Descent for the release of their debut album, which is entitled The Deathmass Cloak. The album was produced by Damian Herring (Horrendous) at Subterranean Watchtower Studio and features wicked cover art by Mattias Frisk (Vanhelgd). It’s due for release on January 13.

Yesterday one of the new songs started streaming on YouTube, and it’s awesome. The name is “Gazing Into Melted Night”. It delivers bleak but memorable reverberating guitar melodies in a framework of ever-changing rhythms, accompanied by ghastly growls and howls and an array of impressive technical performances. This is doom/death that throws lots of curveballs into the standard template, to excellent effect. 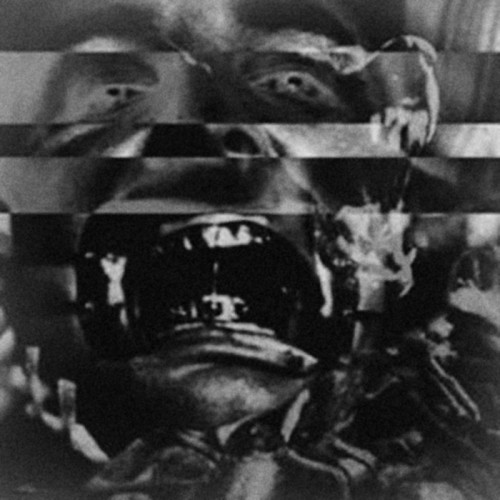 This morning’s NCS e-mails brought two that caught my eye, and I don’t think it was a coincidence that they appeared back-to-back in my in-box. The first had the subject line “Unleash the power in your pants”, and the second was a Bandcamp alert about Holy Terror Records’ release of an Integrity track named “Lost Dawn of A New Apocalypse”.

I’m confused about the origins of this song. Back in 2010, A-389 Records released an Integrity split with Pale Creation (still available on Bandcamp) that included a song of the same name, but with a different run-time. There was also a track called “Dawn of the Apocalypse” that Integrity recorded in the early 90s but didn’t surface until many years later, the master having apparently been lost. “Lost Dawn” is different (uglier and darker) than “Dawn”, and I’m not sure which of these versions pre-dates the other. Maybe someone more expert on Integrity’s storied history can clear this up.

In any event, this Holy Terror release is very close to the A-389 release. It’s heavy as hell, black as night, and really memorable — a hybrid of poisonous hardcore and wretched doom, with amazing vocals and a guitar solo that sears like a brand.

“Lost Dawn of A New Apocalypse” is available for download on the Holy Terror Bandcamp page for a buck. Worth it.

Below I’m including all three versions. 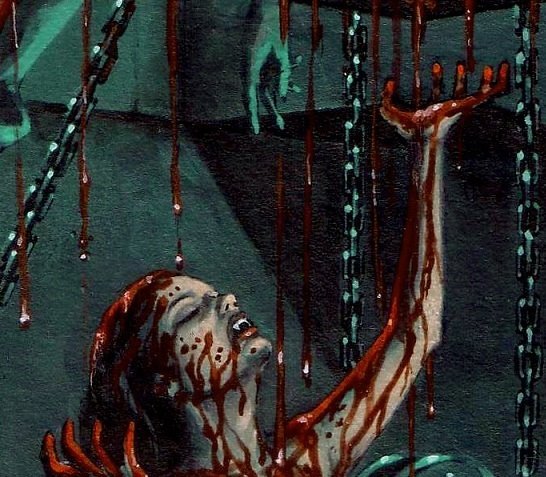 Wooden Stake have a second full-length album coming our way early this year entitled A Feast of Virgin Souls, with cover art by Mario Lopez, an excerpt of which can be seen above. For those who are unaware, Wooden Stake is now a two-person project consisting of vocalist/bassist Vanessa Nocera and guitarist/drummer Willie Wardlaw. They like horror and they like doom, and as you’ll hear, they make music about what they like.

On New Year’s Eve the band unveiled an advance track from the new album named “Hanging From the Inverted Cross”. It features both sides of Vanessa Nocera’s amazing vocal talents — both her sombre, doom-stricken clean vocals and her hair-raising, unhinged, bestial ones — and the song is also loaded with killer riffs and an absolutely beautiful melodic guitar solo. Amazing song.