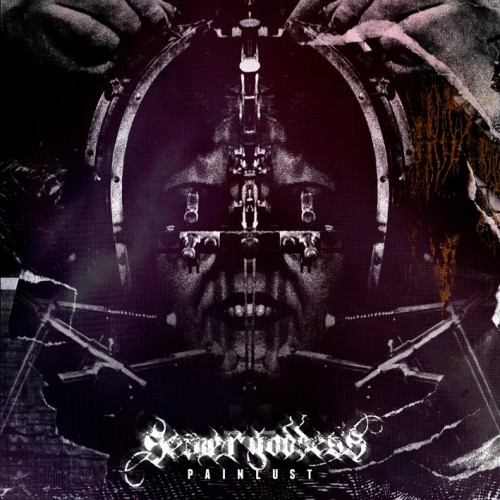 You can’t find the word “painlust” in any standard dictionary, but it should be a word. If you think about it, it sums up a material part of the human condition. It’s also the name given by Boston-based Sewer Goddess to their new album. Today we give you an introduction to the musical concept of painlust through our premiere of the album’s first advance track, “Melena’s Mask”.

Sewer Goddess made their full-length debut through 2010’s With Dirt You Are One. That was followed by a variety of tape, compilation, and live recordings, but this new song reveals a further evolution of the band’s sound.

Following an introductory fog of static-saturated noise, the band bring down slow hammer blows of fuzz-drenched chords and industrialized percussive pounding. Dissonant guitar excretions writhe through the tumult, and machine-manipulator Kristen Rose howls and shrieks like a banshee tortured to the point of derangement. The song is like a death march, with ranks of the wretched being fed into the teeth of a soul destroyer. Both harrowing and hypnotic, it seems to function as a statement of intent for the album, and as a convincing embodiment of the lust for pain. 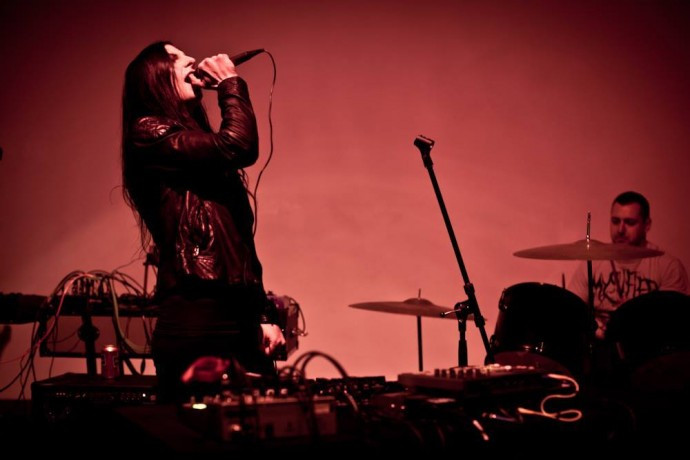 The album will also be released on vinyl this spring by Silken Tofu, whose web site is here (Facebook at this location).

Below you can hear “Melena’s Mask”, and after that we’ve also included a teaser video for the album.

One Response to “AN NCS PREMIERE: “MELENA’S MASK” BY SEWER GODDESS”