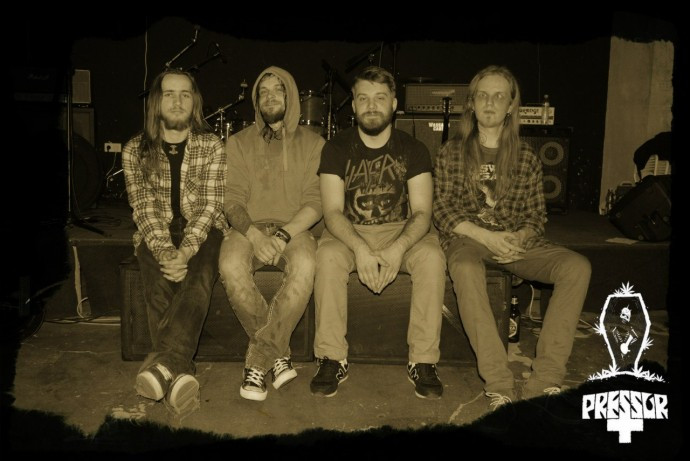 (Our Russian contributor Comrade Aleks brings us this interview with Alco Tony of the Russian stoner/sludge band Pressor.)

Let me introduce you to a sludge’n’stoner band from the far-away and ancient Russian city of Kostroma – Pressor is its name. The guys have absorbed all the necessary elements of this dirty genre, so Pressor’s way lies through murky and ugly swamps of narcotic nightmares and most horrific dreams. Anton Khmelevskij aka Alco Tony reveals the sacred ancient obscure occult knowledge of Pressor. Alright now!

Hello! What do our readers need to know about Pressor?

The main thing is to keep yourself together and not get into postmodernism.

Pressor has been in business since 2009, what did you do all this time?

Herded goats back at our village, made some valenki (Russian national boots), and shot some past-due smack. But between that we busted out some music and played a few gigs. Just like everybody does.

You have one EP, one split-album, and a handful of gigs – do these statistics mean that you prefer live drive than work in the studio?

Hardly that. The small amount of records is rather caused by the unwillingness to record every riff that pops up in the head. We need time to accumulate and digest the ideas. They and us should mature so we can throw it on our next record in an interesting form. Or not. Maybe we’re just slackers.

That’s a variant! But look – you play here and there periodically; doesn’t it mean that you have some ambitions as the band?

I didn’t really get the question but basically yeah, we have some ambitions. 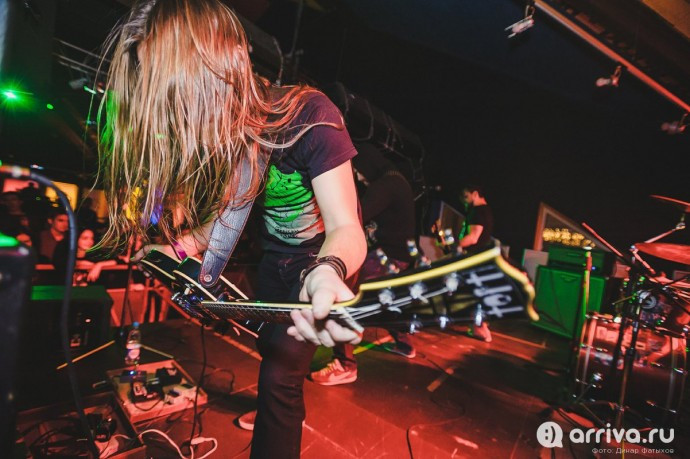 We play everywhere where we can draw the crowd. This year we played about 30 gigs in Europe and Russia. Hang out with a lot of interesting people.

Is there any difference between people who visit your gigs in Russia and Europe? Did you see a real “parade of pride”? Did you taste parmesan cheese and cakes with coke?

The difference is that abroad the crowd usually consists of people who are interested only in the type of music we play so that means that the risk of “not understanding” is reduced to almost 0. Of course it’s true! It’s all just like you said, they shoot cakes in the vein and buttfuck.

You were touring abroad with the Russian band Juice Oh Yeah! How do you remember this journey?

The thing to remember about that tour is that there were no bad shows. The attendance was, of course, different everywhere, but nevertheless the crowd’s response was as good as the cities we’ve visited.

Label With No Name released a split-CD with two new songs of Pressor. Both songs have their drive and catchy tunes, and more than this – the record’s quality is pretty good. How did you get such result?

I think you misunderstand something. The record was done in the most “basement” environment. Maybe the decent mixing saved it. In any case, we did everything we could at that moment, not having our own gear, nor the money to record in a studio. We had a shitty drum set and two mics to record it. Guitars were plugged in a 30-watt tube amp, which had a pretty good sound, but in general it wasn’t made for this kind of music.

I got it! Other bands from this split (Diazepam and Soom) have a worse sound than Pressor!

It’s just that Diazepam and Soom have their own vision about how their music should sound. We of course have enough space to grow.

Okay, in that case I have another question – if you see some shortcomings in your sound, why don’t you use the internet to get in touch with someone who can help with that? Greg Chandler or someone else? 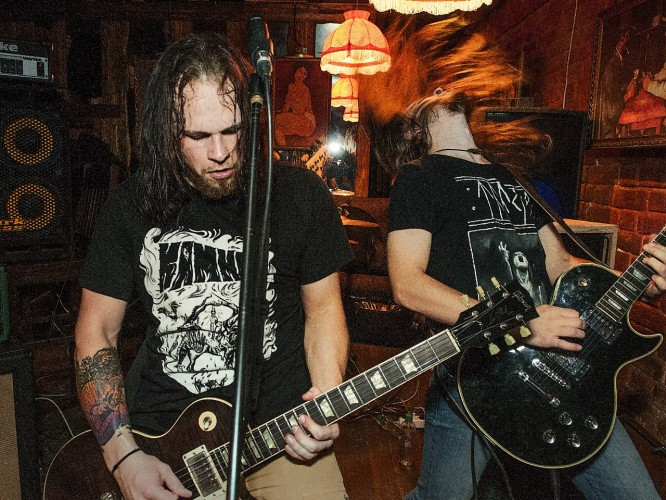 There’s a rumor that low sound quality is enough when you play sludge doom. Do you agree with that?

Depends on what you’re talking about. We’re definitely against the “perfect” sounding music, but it doesn’t mean that we can do everything carelessly and that there’s nowhere to aim at in terms of good sound. Doom and all its kinds, like no other genre, is prone to worshiping guitar amps. Vintage SunnO, Orange, Mathamp, and a bunch of stuff like that. Plus, the sound of a lot of major bands only seems like it’s sloppy. It contains a lot of nuances.

What are the integral components of sludge from your point of view?

If you’re talking about the music, then the inherent component is the “bulldozer” sound which you very likely won’t find in other genres. But in general it’s of course the moustache, bag of weed, and potato in the pocket.

Why are you talking about moustaches if that’s a place for a beard?!

Did you think about the women?? After all they wanna be in trend too. That’s why the moustache. 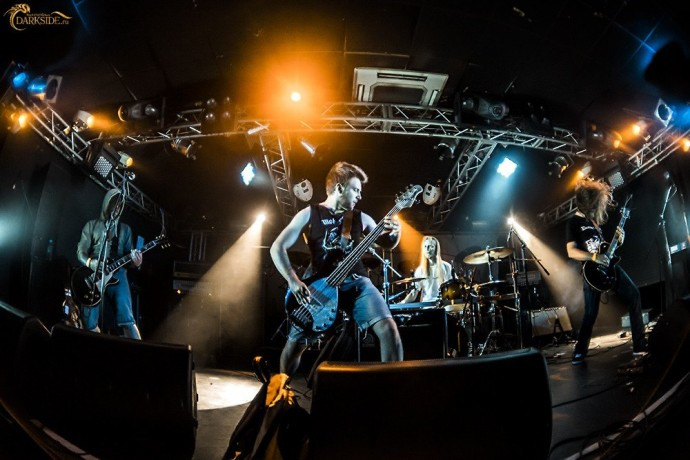 Well, I would like to ask you about stereotypes. You have a song “Royal Witch”. As each second doom/stoner/sludge band has a song about a witch, I need to ask you – WHY?!

We usually think about the lyrics in the last turn. Or we don’t think about them at all. For example, if the track “Grave Full Of Weed” sounds like a barfed bastard woke up in a coffin full of dope, that’s where the lyrics come from. The same shit with the “Royal Witch”. Seriously, what would you write about in that song?

I would take texts like Ehnahre do or some lines from Bardo Thjodol. Okay, does it mean that you don’t give a damn what to sing about?

Mostly yeah, the most important thing is so the girls like it.

This split-CD which contains that hit song about the witch was released a year ago; do you have some new songs? Where’re your new records?

You know, I, to be honest, don’t recall a lot of sludge bands that would punch out new records with the speed of the machine gun. Is it good or bad? Don’t know. All I can say is that we want new material to be more mature. But it doesn’t mean that the future album will be a complete shit.

Crowbar, Black Cobra, Lord Mantis, Cavity, have done their records regularly… But you’re right, they are exceptions. Let us finish this interview with a last question about Pressor’s plans for 2015.