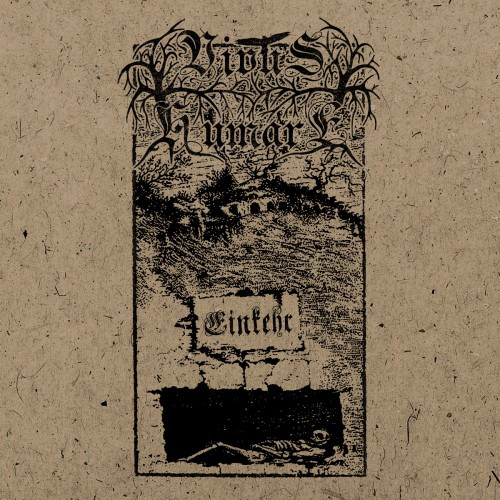 The German black metal band Vivus Humare came together in 2007 and released their first demo, Prolog, in 2008. Now, the Eisenwald label is on the brink of releasing the band’s debut album, a five-track work entitled Einkehr. Today we bring you the premiere of the album’s opening song, “Der Schmerz weckt”.

Einkehr is an album that is best heard in a single sitting, from start to finish, uninterrupted. It’s a dynamic and atmospheric work that works the listener’s moods like clay in the hands of a craftsman, and its achievements aren’t fully realized until the entire process has run its course and reached its final, finished form.

Having said that, “Der Schmerz Weckt” is also a very strong stand-alone track that in itself reflects the dynamism and atmospheric power of the album as a whole. 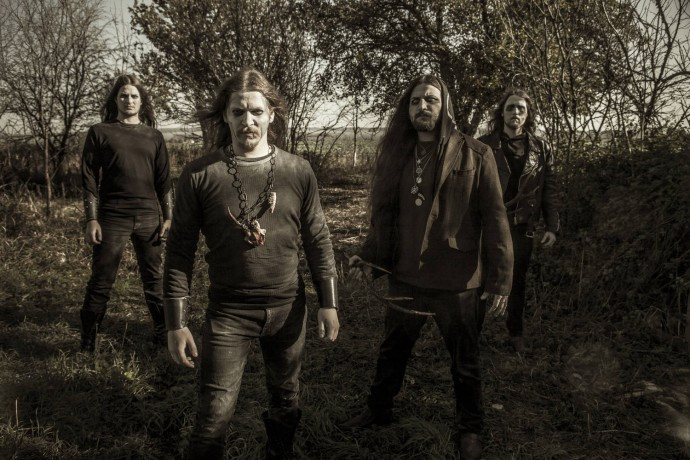 The track lengths on Einkehr vary dramatically, ranging from a 42-second acoustic piece with spoken words to the 13-minute epic, “Auf morgendlichen Pfaden”. “Der Schmerz weckt” is one of two in the 9-10 minute range, long enough for the band to take your mind on a journey through a changing soundscape.

The beginning and end of the song are high-energy assaults driven by blast-beat drums and slashing tremolo riffs, a dismal buzzing melody riding through the tumult and harsh, bestial rasps raking like claws. Even in these storming segments the music is interesting and engrossing as a result of progressive-minded bass and guitar elements.

The song’s long, slow mid-section is prefaced by an ethereal instrumental break, the drums hammering like a metronome, the guitar notes ringing out an aura of otherworldly eeriness. Half-sung spoken words and wailing, gravel-voiced yells reverberate against the walls of sombre ambient instrumentation — and there is a chilling beauty in the atmosphere that Vivus Humare create and intensify with a serpentine guitar solo, the melancholy melody flowing like a slow river of and loss and lament.

The release of this album was delayed by various unforeseen difficulties, but it’s a very strong debut, and the band are to be congratulated on their persistence — as fans, we’re lucky they did not give up.

Einkehr is scheduled for a January 23 release on CD, with a vinyl edition including a bonus track coming in February. Both versions are available for order now at the Eisenwald shop, here. A digital release will be available as well.

An excerpt of that epic-length song, “Auf morgendlichen Pfaden”, has previously been made available for listening on Bandcamp, and we’re including that one below, too. Here’s “Der Schmerz Weckt”: