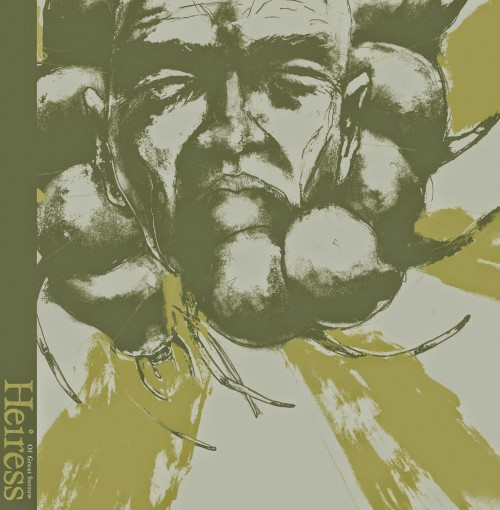 At the bottom of this post you’ll find the premiere of a fantastic new song by Seattle’s Heiress. I wouldn’t blame you one bit if you just skipped to the end and started listening. But whether you do that or plod through the words I feel compelled to write, by all means — listen to the song!

Nowadays, I try to stay on top of new metal, without letting grass grow under my feet. It wasn’t always that way. I moved to Seattle from Texas in 1995. I barely listened to metal back then; grunge was the rage in my new hometown, and I got caught up in that. Himsa didn’t come out with their debut album until four years later, and I still didn’t discover them until years after that. But when I did, it made an enormous impact on me as a fledgling metal fan. I still mourn the passing of that band.

Even though I now try to stay on top of things in a more timely way, I still didn’t completely tumble to Heiress until I saw them perform live last year. I don’t know why it took me so fucking long, especially since Himsa’s ex-vocalist (and a fixture in Seattle’s heavy music scene) John Pettibone fronts Heiress. 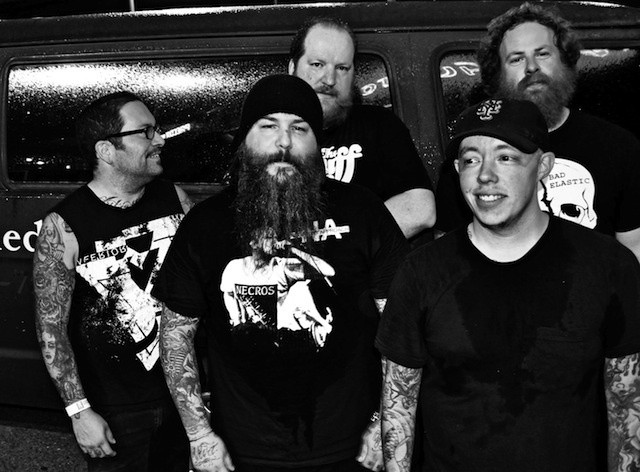 On top of that connection, I had heard a lot of good buzz about the band’s long-delayed debut album Early Frost, which was produced by none other than Jack Endino (Nirvana, Mudhoney, etc.). It still took me a while to catch on. But although I may be inexplicably slow on the uptake sometimes, I’m not completely asleep at the wheel: When I heard Heiress live for the first time, I fell hard. If you get the chance to catch a show, don’t miss it.

And now, after some delay from the original release date, Heiress have their second album Of Great Sorrow due for release on February 10 by The Mylene Sheath. This album was recorded by another fixture of the Northwest heavy music scene, Tad Doyle, and was mastered by Chris Hanzsek (Soundgarden, Melvins). It sounds massive. Which brings me to this brand new Heiress song.

“Dismalist” is heavy as a hailstorm of lead. You can feel the drum beats, the gravel-throated bass, and the groaning riffs right down in your core; whatever steadiness you thought was beneath your feet, you can imagine it starting to crack apart and collapse into a sinkhole. And the atmosphere of the music is a miasma of menace and doom, its intensity magnified by Pettibone’s skin-clawing howls. Yet, the wail of the lead guitars hints at something that has freed itself from the clutches of the cave-in, an ephemeral wisp of something transcendent.

This duality in Heiress‘ music isn’t limited to “Dismalist”. Another song from the new album named “Hover” premiered last fall. It’s slow and it’s also pavement-cracking heavy. The distorted riffs and methodical drum punishment come down with palpable force, the kind of power that will grip you by the neck and put your head in a vice. And Pettibone’s throat-scraping howls of anguish and rage will put the hair up on your neck, too.

But once again, the song has other facets. The rippling tremolo’d melody is beautifully shimmering, as if an aurora borealis chose to make an appearance overhead during a demolition project. I’ve added the player for that song down below as well.

Of Great Sorrow is available for pre-order now, on CD, vinyl, and in a variety of bundles, at this location.