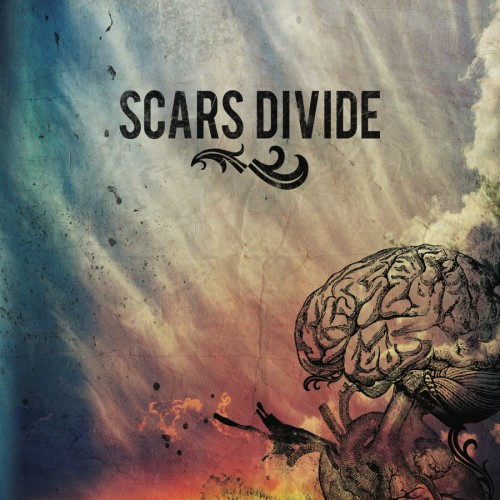 Scars Divide are a Swiss band whose self-titled debut EP was released by Tenacity Music roughly 11 months ago. Today we bring you the premiere of a video for its opening track, “All That We Need”. And it’s a reminder that apart from the entertainment that well-made videos provide, they can also serve as an introduction to excellent music that some folks might have overlooked when it was initially released.

Which is an indirect way of saying that I missed the EP when it came out — and now I’m glad that I found it, thanks to this video. I hope you’ll feel the same way after you see and hear it.

First, the video: It was directed by Germany’s Ambitious Films. And yes, it features the band playing in a forest — but it’s a beautiful forest, the video is very well-made, and the band aren’t alone in that forest. There’s a striking creature in the vicinity, with a mysterious story that’s linked to the slow-motion images you’ll see at the beginning.

As for the music, it’s a high-energy amalgam of throat-shredding hardcore vocals and progressive instrumentation that both hammers hard and twists and turns like swallows in flight. It’s loaded with jolting grooves, darting notes, swirling melody, and acrobatic drumwork — high-voltage, head-spinning music that’s technically impressive but has lots of primal appeal, too.

The EP is available on Bandcamp in either physical form or as a digital download (the link is below), and we’ve included a stream of the EP right after our premiere of the video for “All That We Need.”

One Response to “AN NCS VIDEO PREMIERE: SCARS DIVIDE — “ALL THAT WE NEED””