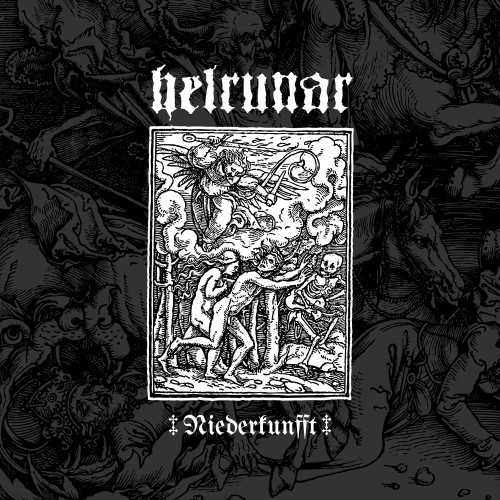 Lupus Lounge (a division of Prophecy Productions) has announced that on February 27 in Europe and March 3 in North America it will release the new album by Germany’s Helrunar — Niederkunfft. Today we bring you not only a premiere of one of the new songs — “Devils, Devils Everywhere” — but also a chance to download the song for free.

The new album marks a change for Helrunar, both in their lyrical focus and in their sound. Conceptually, the new album addresses historical subjects, described as the narrative of “European people on the threshold between the Middle Ages and modern times, surrounded by superstition and fear, torn between religion and the Enlightenment”.

Musically, the Helrunar duo have also branched out from their pagan black metal roots, and “Devils, Devils Everywhere” is a good introduction to the way in which they have incorporated new elements. 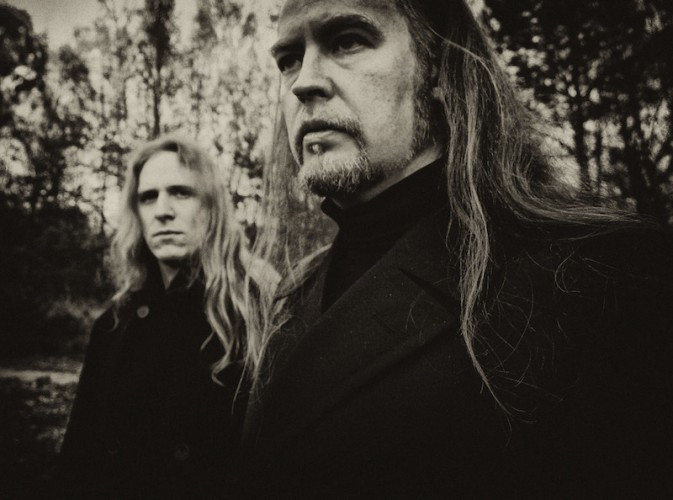 The song begins in a thundering burst of racing riffs and pummeling percussion, but it soon changes, with slow, ominous, stomping rhythms providing the foundation for grim, chilling, atmospheric music. Heavy droning chords, serpentine soloing, and eerie ambient tones build a sense of menace and slowly encroaching catastrophe. And as the music becomes increasingly ominous and oppressive, Skauld Draugir mixes his hellish serrated howls with equally hellish spoken recitals — there is indeed no rest for the wicked.

Part death/doom, part pagan/black, “Devils, Devils Everywhere” is as much a spellcaster as it is a crusher. It works its way into your head, and then stays there after the song has ended.

Niederkunfft is available for pre-order now at either this location for the U.S. or this one for the rest of the world. Through the widget below, you can obtain a free download of this new song in exchange for an e-mail address. Below the widget, stream “Devils, Devils Everywhere”.

5 Responses to “AN NCS PREMIERE (AND A FREE DOWNLOAD): HELRUNAR — “DEVILS, DEVILS EVERYWHERE””