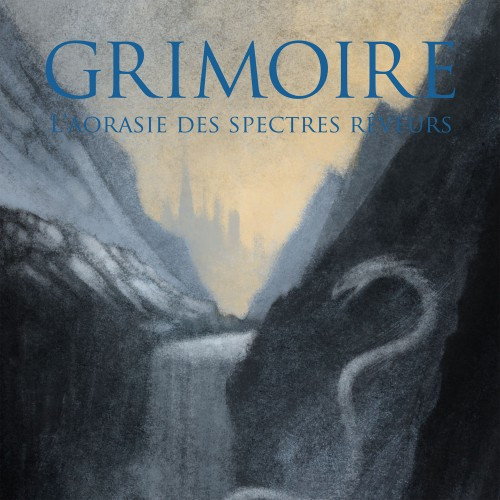 We bring you a review and the premiere of L’aorasie des specters rêveurs, a four-track EP by the a one-man atmospheric black metal band from Québec known as Grimoire.  The EP is being released by the German label Eisenwald and it follows Grimoire’s 2011 debut album À la lumière des cendres.

The one man behind Grimoire is Fiel, who is also a member of other Quebecois black metal bands — Forteresse, Csejthe, and Ephemer. With this EP he has created an enthralling union of the the harsh and the sublime, a captivating work that is effectively atmospheric and emotionally gripping. 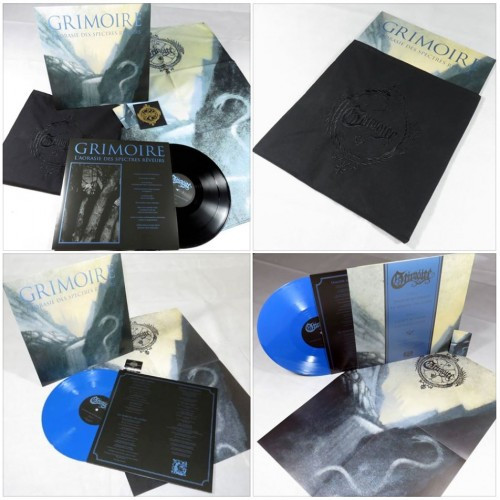 The first three tracks move between passages of driving intensity and meditative ambience. When the energy level is dialed up, Grimoire layers together, on the low end, deep, grinding, distorted riffs, rumbling bass, and drumming that employs blast beats and double-kick flurries. And on the high end is a dramatic contrast — drifting celestial synths and entrancing melodic refrains that are alternately carried by isolated keyboard notes and the trilling of a lead guitar. When Fiel cries out, it’s mainly with a harsh voice that is serrated, abrading, and charged with passion.

In the softer passages, the isolated piano notes and ambient synths become even more dominant, weaving melodic spells that are often as gorgeous as they are forlorny. The final track, which could be considered an extended outro, is performed solely on the keyboard, a mix of ambient synthesizer music and plaintive notes, both anguished and beautiful.

The strength of the EP lies in the emotional resonance of the melodies, evoking sensations of wistfulness, longing, heartache, and bereavement. At times, the mood becomes ominous and desolate, but Grimoire’s principal devotion is to the grandeur of melancholy, and with that vision it succeeds masterfully.

The EP is being released by Eisenwald and can be ordered via the links below (including on Bandcamp). The wonderful cover art is by Sperber Illustrationen. Here’s the music: