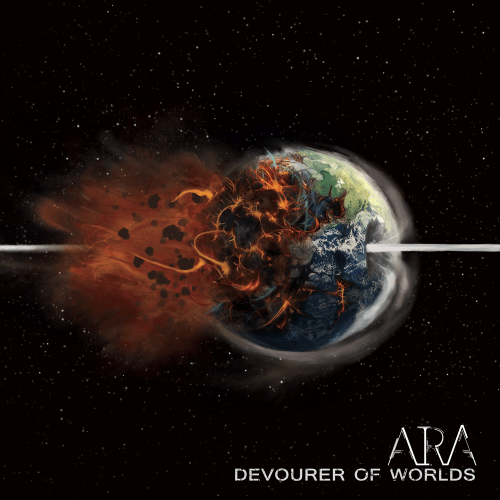 It’s been awhile since I came out with anything labeled under my “Underdogs” series here at NCS, but some recent events have influenced its return — mainly that Islander is stuck in work hell, and this site needs content damnit! But more specifically, it needs what we do best: coverage of music that few others do.

So, the plan is for me to do one of these a day (on weekdays) to help out, and also to give me a chance to write about more of the bands I keep finding online. Some may be shorter than this, but all will cover exceptional bands you need to hear from various metal subgenres.

The first target in the resurgency of this series will be Milwaukee, Wisconsin-based technical death metal omni-wizards Ara. 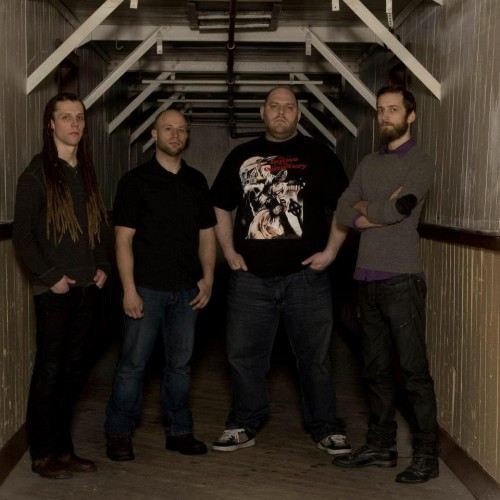 This is a band I would otherwise not know about if the skilled people at Clawhammer PR had not emailed me about them. The band’s new debut album, Devourer Of Worlds, came out at the very tail-end of December last year. I was immediately blown away by Ara’s talent from my first listen and would definitely call them a first rate act who bypass the normal tech death paradigm for something stranger.

Basically, they meld several death metal schools of thought into a head-severing combination that’s conjoined to an obvious Anata influence and bookended by skronky excursions in a Gorguts sort of way, along with playing chords not out of place in dissonant black metal acts. Their greatest asset as a band is their ability to move swiftly and suddenly from style to style,together  or smash two totally opposing things (like dreary dissonance and complicated Anata-esque leads) into something truly inspiring.

While Necrophagist is an endless tech-death influence that can often bore me, depending on the band, I can honestly say as a mega-Anata fan that I’ve heard few bands displaying them as an obvious influence. The way that Ara mixes an Anata-styled riff and lead within brutal and technical segments is very interesting and fresh. They’ve succeeded in doing what all great music does — they find a way to make something new out of something old.

Additionally, several of the tracks will flow out with a interesting new part that later acts as a segue by being repeated in the opening of the next song. It adds some anchors within the music, which helps something as off-the-wall as this flow better and make it more memorable, instead of a mess of ever-shifting parts. Though chaos is one of their biggest assets, Ara strike a fine balance between beating you down and freaking you out; they do both in equal measure, sort of in the zany vein of Cephalic Carnage — structurally schizophrenic, yet skilled enough to make this type of approach work for them and become one of their key selling points.

The scary thing to think about is that they have only been a band since 2012, and had only released an EP prior to this in 2012. And their debut is already among the most impressive debut CDs I’ve heard. Flawless, interesting, varied, jaw-dropping —Devourer Of Worlds is all that and more. Just as Artificial Brain succeeded in melting together old- and new-school kinds of death metal with a skronky bend and making it flow in a largely straight-forward and ferocious manner, Ara have accomplished something similar yet all their own.

2 Responses to “UNDERDOGS IN THE UNDERGROUND: ARA – “DEVOURER OF WORLDS””