(In this latest edition of The Synn Report, Andy Synn reviews the discography of Martyr from Québec.)

It occurred to me just recently that the last three editions of The Synn Report have all had something in common, despite each covering very different bands. Each one, you see, tended towards the more mid-paced, or slower, end of the speed-scale, with a focus more on doomy, grimy grooves, over sheer velocity.

So, it seemed time to make an abrupt left-turn, flip the script, and spin the dial 180 to hit you with the fretboard mangling dynamism of Tech-Death lords Martyr.

Formed in 1994, and releasing their first album in 1997 (and, unfortunately currently “On Hold” since 2012), the Canadian quartet were one of the earliest seminal acts in the burgeoning sub-sub-genre of “Technical” Death Metal, standing proudly alongside such legendary luminaries as Pestilence, Atheist and Gorguts with their mix of intricate rhythms, angular aggression, and extravagant fretboard fireworks. 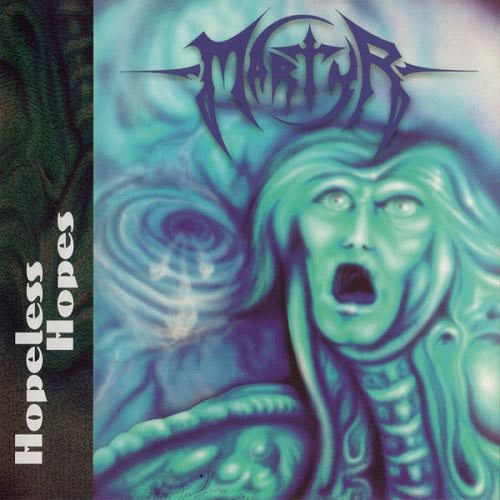 The band’s debut is a near perfect showcase of their already impressive abilities, kicking off with the slithering rhythms and needle-sharp guitar work of the title track, over which Daniel Mongrain’s gravelly mid-ranged growls spit forth a litany of raw aggression, even as the song progresses from brutally focused Death Metal fury, through moments of mind-bending progressive melody, towards its lethally effective, convulsive conclusion.

“Elementals” starts off as a slow-paced, juddering juggernaut but quickly builds in momentum, François Richard’s impressively complex and calculated drum work guiding the track through a series of frantic twists and turns, his precision timing and effortless control accentuating every rolling riff and scything hook.

“Non Conformis” is a coiled leviathan of taut, muscular grooves and piston-fuelled power, with a nice line in proggy, jazz-inflected pseudo-melodic instrumental deviations, while the off-kilter assault of “Ostrogoth” provides one of the album’s most focused and fundamentally heavy tracks.

“The Blind’s Reflection” is a 7+ minute monstrosity of eerie, malevolent atmospherics and twitchy, anxiety-inducing guitar work, which pushes and pulls in all directions at once, without ever falling apart, allowing the undulating bass-lines of François Mongrain and the multi-faceted percussion of the other François time to shine, culminating in a dizzying, dazzling climactic solo.

“Inner Peace” is – belying its name – a lethally focused piece of prime Technical Death Metal devastation, and one of the album’s absolute high points, leading into punishing “Ars Nova” and the labyrinthine, unsettling finale of “Nipsky”, which brings the album to a fittingly weird and unconventional close and, in doing so, helps to set the gold standard for the nascent Technical Death Metal genre as a whole. 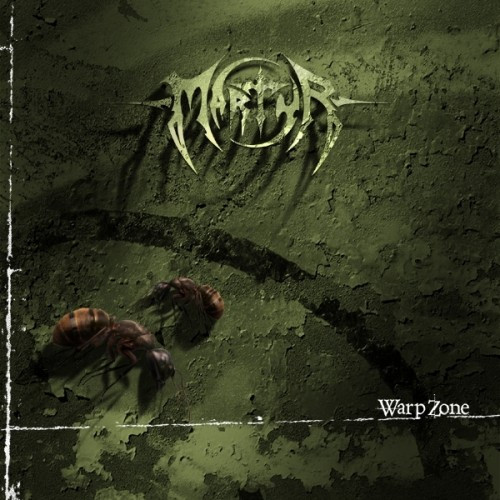 Heavier, harsher, more angular, and more mind-blowingly technical… Warp Zone takes everything you loved about the band’s debut and shifts it into the red. More extreme, more progressive, more out-there and unapologetically unorthodox, it remains one of the high watermarks of the entire Technical Death Metal genre.

Whether it’s the crippling contortions and malevolent hooks of the title-track, or the dissonant atmosphere and esoteric melodies of album closer “Realms of Reverie”, every song on the band’s sophomore release is like a musical TARDIS, larger on the inside than on the out, packing more technical twists and torturous turns than seems humanly possible.

Songs like “Virtual Emotions” – pseudo-melodic riffs transforming into jarring rhythmic stabs, transitioning into whirlwind drum fills and clattering, mechanical bass lines – and “Endless Vortex Towards Erasing Destiny” – all eerie anti-matter anti-melody and searing, incandescent rage – showcase each member at his absolute best, exposing their almost inhuman instrumental prowess in a manner that always benefits, and never detracts, from the song itself.

Indeed, the song-writing this time around is, if anything, even tighter than before, with most tracks coming in somewhere between the 4 and 5 minute marks. Yet still you never feel short-changed. In fact, the sheer talent on display is almost overwhelming, without ever falling prey to self-indulgence or self-masturbation.

“Deserted Waters” is a propulsive neck-snapper of harsh, angular riffage and whiplash-inducing spasms of primal rage… “Carpe Diem” is a heaving, multi-dimensional piece of exotic leads and warped, hypnotic melodies…. “The Fortune Teller” is built around a series of aneurism-inducing rhythmic hooks and feverish high-end fretwork… “Speechless” is all morbid groove and angular aggression, spiraling madly into the abyss on the back of some truly deranged lead guitar work… and “Retry? Abort? Ignore?” is an unsettling piece of sadistically infectious, masochistically ostentations, Tech-Death insanity.

This album, quite frankly, helped set the bar for the entire genre. 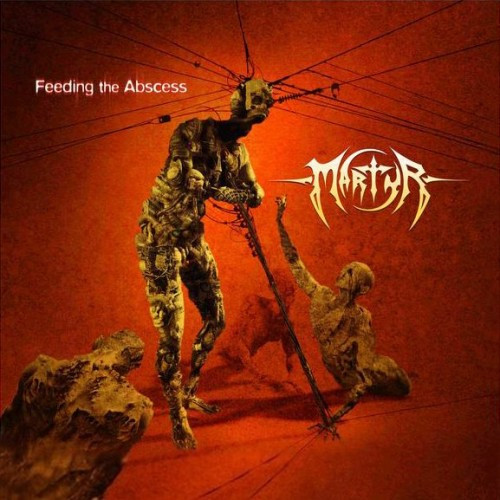 With an even heavier production job this time around, the band’s third album set out to expand the boundaries of the very genre they helped define, starting off with the electrifying dynamism of “Perpetual Healing (Infinite Pain)”, a song which melds laser-guided drum work, ferocious fractal riffage, and tendon-crippling bass lines with an undercurrent of macabre horror.

“Lost in Sanity” is an injection of pure metallic venom straight into the cerebral cortex, bringing in some elements of thrashy intensity and rumbling groove and playing them off against each other in a violent explosion of mutual annihilation, while “Feast of Vermin” is simply jaw-dropping in its effortless balancing of mind-bending complexity and punishing Death Metal clarity.

The superlatively aggressive “Havoc” is three and a half minutes of mechanized blast and battery, culminating in a sinister violin-led outro, leading into the seething shock-and-awe assault of “Nameless, Faceless, Neverborn”, where razor-blade guitars hack and slash with remorseless savagery, as drums pound and pummel and constricting bass-lines squeeze ever tighter.

“Silent Science” manages the ungodly feat of being simultaneously irresistibly infectious and face-meltingly hostile, and is followed by the cognitive dissonance of “Felony”, a song which shifts from desolately melodic atmospherics, to dizzyingly metallic technicality, to rib-cracking heaviness… and back again… all in the course of five and a half minutes of Progressive Death Metal perfection.

Finally “Dead Horizon”, the album’s extravagant finale (barring a cover of Voivod’s “Brain Scan”) is composed of four interlinked tracks bringing together the very best of the band’s progressive influences and instincts.

“Part I: Echoes of the Unseen” is a cybernetic hybrid of jarring riffs and malevolent negative-melody that aims to capture, crush, and recycle the listener with brutal, unforgiving efficiency.

“Part III: Stasis Field” is a short and eerie instrumental piece that allows the listener a moment to collect themselves before “Part IV: Shellshocked” hits them like an avalanche of blasting ferocity and whirling, vertigo-inducing disharmonic guitar work. For three minutes it scratches and claws, batters and bombards, the listener’s brain with wave after wave of metallic madness, before leaving them broken and numb in the dust.