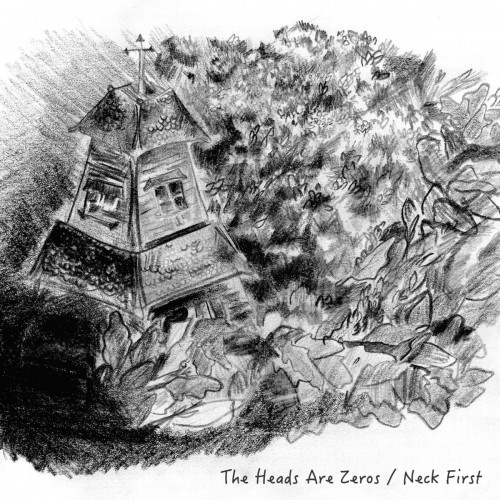 (Austin Weber steps up with a fill-in round-up…)

In lieu of a “Seen and Heard” from Islander, since he is swamped, I’ll cover a bunch of different-sounding bands, ranging from post-grind to anti-grim to electro-gypsy and smegma-core. Everything the body needs and then some. I’ve been a bit behind, so some of this news/releases is more recent than others. Part two with a class of equally different-sounding bands will be posted tomorrow.

The Heads Are Zeros/Neck First split

I’ve been meaning to cover this gem of a split for some time, and now that time has finally come. The Heads Are Zeros are a first-rate, ruthlessly intense grind act from Baltimore whom I covered here last year with their album, All The Men I Love Are Dead, a grind album that I put on my year-end list and felt was one of the rare grind acts you hear who truly have their own identity and unique songwriting abilities within this style.

The two new Heads Are Zeros songs mark a different sonic evolution for the group, seeming to collide Gaza-style intensity and broodiness with a mathy Dillinger Escape Plan spasticness, creating grind that’s far from average, and with some seriously mental screams from hell courtesy of vocalist Olivia Henry.

Meanwhile, the two tracks by Neck First are no slouches either. They play an evolved, frenetic style of grind similar to that of The Heads Are Zeros. I’m including a link to the prior release of Neck First because they are a very interesting band in their own right who are worth checking out. 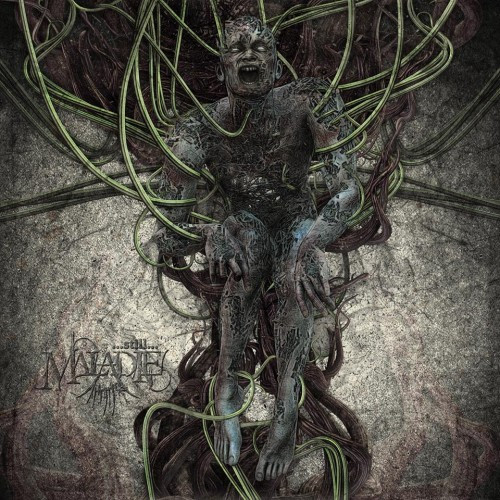 Last year I stumbled on a fantastic metal discovery from Germany called Maladie. They’re a progressive black metal/avant-garde black/with some death metal supergroup of sorts featuring a massive (then 6 members, now 9) line-up and a dual style, both extreme and progressive, in cascading measures of brilliance.

Very recently, one of the band’s guitarists with whom I keep in touch gave me an early promo of their new release. I was blown away by the skill, artistry, and epicness of their first album, yet somehow they took things to an even more advanced and higher place on Still. On this recording the band added two new members to their line-up (in addition to replacing the bass/drum positions from the last record’s line-up): A third guitarist — Kevin Olasz of German Tech-Death band Deadborn as well as saxophone player Hauke Peters.

To say their new album is incredible would be an understatement. This is a profoundly beautiful and emotionally dense record, one seething with ferocity, yet prone to piano and clean-singing-led passages that resonant frequently throughout as well. Still drops March 6th through Apostasy Records. For those interested in a peek at it, their label just released a single from it called “Inexistentia”, a song that exemplifies their brilliant hodge-podge of ideas and emotions, transformed into something concrete and gracefully flowing. Expect a more complete and in-depth review from me later.

Or check out the full 18-minute version here: 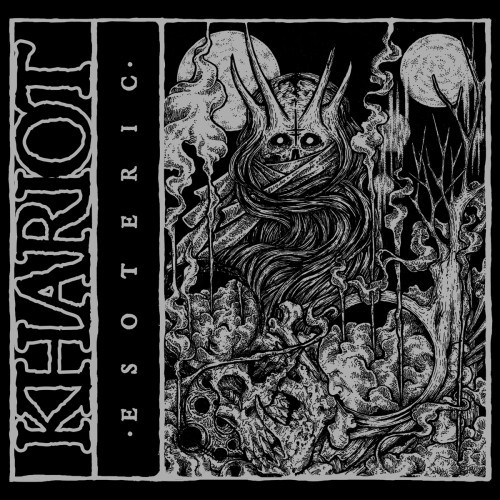 Time for some really strange death metal from Australia that rules. Khariot just dropped their new full-length, Esoteric, on January 23rd. Not only is the music completely bone-chilling and entrancing, but once heard, it boggles the mind that this album was mainly a two-man effort, consisting of Gavin Foo on guitars/vocals/bass and Michael Rule on drums/percussion. I did ask the band, who confirmed that two of the songs on here were written by the band’s fuller line-up though.

Khariot have gleaned many good ideas and influences from groups such as Ulcerate, Gorguts, and Deathspell Omega in spots, yet they transcend mere carbon-copy status. Give it a listen and you’ll agree. In spite of being flooded with things to review, I can’t put this record down.

My personal favorite is the over 8-minute act of acute decimation that is “Hydra”, a multi-headed beast that perfectly resembles the insanity imagined by its title, though the band’s personal favorite (from what they told me) is “Infinite, Intrinsic Eye”, a point with which I can’t argue because that track is phenomenal as well.

Truly, Esoteric has everything you could want in a multi-faceted death metal record:  a million menacing riffs, memorable morbid melodies, skronky structures, blasts for days, haunting grooves, bellicose vocal exorcisms, and laser-sharp twisted songwriting. Esoteric is oddly infectious; give in to the madness within.

6 Responses to “RECALCITRANT ROUND-UP: IN LIEU OF ISLANDER (PART 1)”