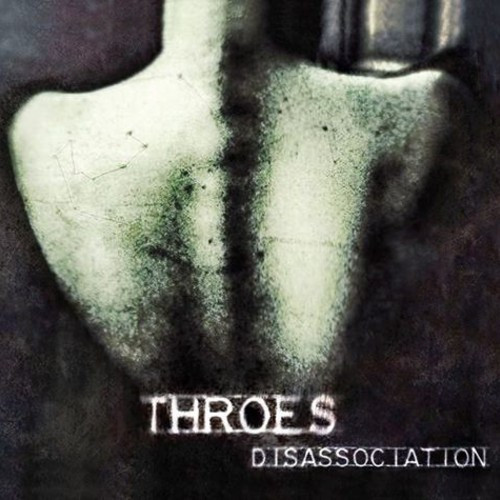 (In this latest installment of his “Get To the Point” series, KevinP poses 5 questions to multi-instrumentalist “A.C.” of the UK band Throes, whose debut album Disassociation is coming out March 22nd… and we have a new song to stream as well.)

K:  Another day, another new band from you.  So what’s this all about?

A:  Throes comes from a turbulent time.  It was originally formed as a full band in 2011 but due to DG’s term of house-arrest we were forced to disband.  There’s not a great deal worth delving into with regards to the history of Throes. In fact, we’d rather leave most of it feigned in mystery.  This is for a variety of reasons but mainly because when you look at the current incarnation of Throes it bares no similarities to its predecessor (i.e., as opposed to being a full band), it is now a two-man outfit with all instrumental and writing duties handled by myself and vocals performed by DG.

K:  So musically what were you aiming for on this, as opposed to the plethora of other bands you are involved with?

A:  This has a whole load of electronic influences and definitely takes a much more experimental approach than any other record I have done.  Also, I wrote the material over a fairly short period of time in comparison to what I would normally spend on a record. 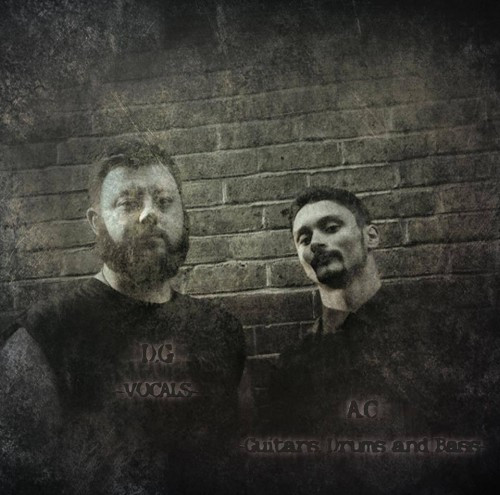 K:  For anyone familiar with any of your prior work, I think they will be able to hear your “style” in this no doubt.  But I’d say the electronic/industrial element is more of an accent (or flavoring), as opposed to being a fully blown integral element.

A:  Yeah, I think when you are writing alone within a certain timeframe you can’t explore every avenue for each section.  I think the electronic influence could have been more prominent, and when it comes time for the second record that’s something that’ll continue for sure.

K:  Talk about the soundclips you used.

A:  Well, the sound-clips are a really important part of the record as they depict a broad spectrum of human emotion — death, fear, anger, paranoia, absolution, and detachment, etc.

However, they were used in a wholly unconventional way (i.e., I didn’t add them into the mix so as to make it sound ‘evil’ or ‘kvlt’).  They are there because their recorded moments had a strong impact on my thinking.  In fact, it is printed on the back of the CD, ‘The samples used on this album are NOT implicated to besmirch or mock the memory of those afflicted’.

K:   Give us the juicy details on who is releasing it, where to get it, when, etc.

A:  The official release date is April 22nd and it is set for release via  Naturmacht Productions (Germany).  It will be available on CD/Digipak in addition to being up for digital download.

Keep up with us and Naturmacht on Facebook for updates.

Relevant links are below, followed by a stream of a new Throes track, “Narcoanalysis”.