Guest writer Gorger reviewed the album for us last October and gave it high marks. But despite his praise and my own history with the band, I stupidly didn’t dive into it. Too many other distractions, I suppose. And then yesterday I watched and listened to the band’s new lyric video for a song from the album named “Defiled”, and holy shit. 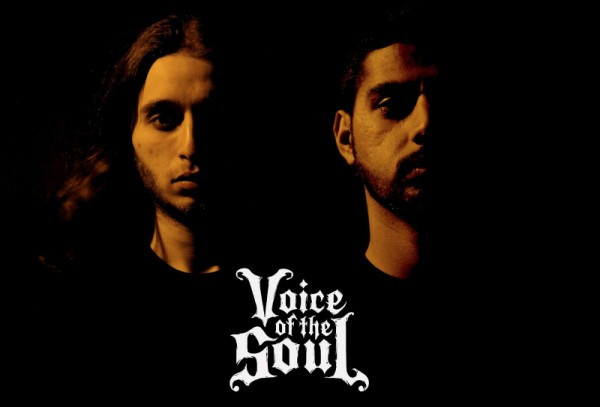 The song represents another large leap forward — or perhaps more accurately a large leap downward into a very dark place that radiates ominous power. At least based on this song, “Catacombs” is a well-chosen name for the album. The sound of the song is massive, and massively heavy — a brooding thing of menace, but one that’s loaded with compelling rhythmic hooks, laced with dark, memorable melody, and made even more interesting with prog-minded instrumental excursions. The vocals and the bass lines are also notably very good. And if your head doesn’t start moving around the 2:00 mark, I’ll be surprised.

Catacombs was digitally released last September (and is still available on Bandcamp), but for those interested in CDs it will now see an official release in Europe distributed via Hells Hammer and in India via Transcending Obscurity on March 27.

New Zealand’s In Dread Response will be releasing their third album, Heavenshore, later this year. Late last month they released an official music video for one of the new songs, “1777”, which I finally watched and heard yesterday. TheMadIsraeli plans to review the album for us, so I won’t say much about the song, other than this: It’s a gripping, impassioned, dynamic piece of melodic death metal, and you should damn well hear it 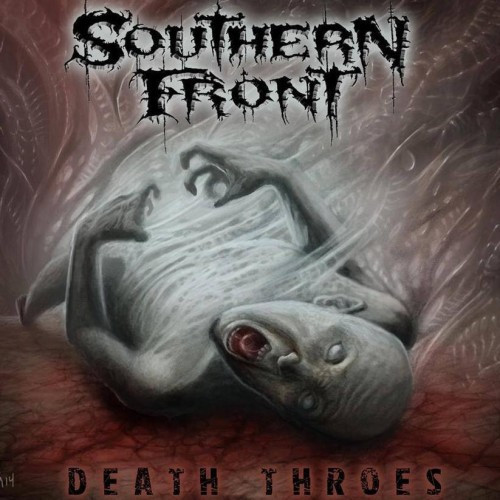 Southern Front are based in my hometown of Austin, Texas, and that is really the entire explanation for why I paused to watch their new music video (I still get back there to see family and friends a few times a year, and still love the city). The video is for a song named “Face Down”, which appears on their second album Death Throes. The album was released toward the end of 2014, and I overlooked it. But this song “Face Down” has grabbed me by the throat and won’t let go.

It’s a groove-laden, high-speed, hard-driving machine with lots of darting fretwork, punchy rhythms, and flesh-scarring vocal howls and roars — plus some cool dive-bombing solos. The video for the song involves a goat, whiskey, a chase, and a knife — and I’ll let you discover the rest of the story for yourselves.

Ordering and download info for Death Throes can be found at the band’s web site, linked below. 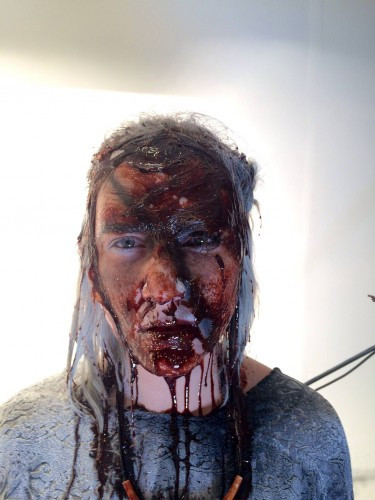 Muscle and Marrow are a duo who live down I-5 from my stamping grounds in Seattle, and like many Portland bands these days, the grey of Pacific Northwest winters seems to have driven them through the portals of doom — and they seem quite comfortable on the other side, or at least there is a comfort for us born of their discomfort.

They released their first album, The Human Cry, last August on Belief Mower Records (with distribution by Flenser Records) and they’ve shared stages with the likes of The Body, Father Murphy, Atriarch, and King Dude, with upcoming shows alongside True Widow, Ides of Gemini, and Botanist.

Recently CVLT Nation premiered a video for a new song named “Ritual” that will appear on the band’s second LP, which they are now in the process of writing. The press release for the video included this explanation: “‘Ritual’ is asking the impossible: what can one do, as a human bound by flesh, to bring back the dead, to speak to the dead, to continue loving the dead? It is also exploring the limitations of art and of self-expression, while simultaneously asserting that turning desperation into an act of creation is in itself an act of innate strength and even optimism.”

The great strengths of the song lie in the hypnotic, atmospheric quality of the spare, fuzz-drenched riffs, the bone-rattling drum strikes, and perhaps most of all in Kira Clark’s vocals — which range from soft almost-whispers, to high, pure arcs, to searing wails, to the wrenching howls of a soul in extremity. And she moves from one to the next effortlessly. 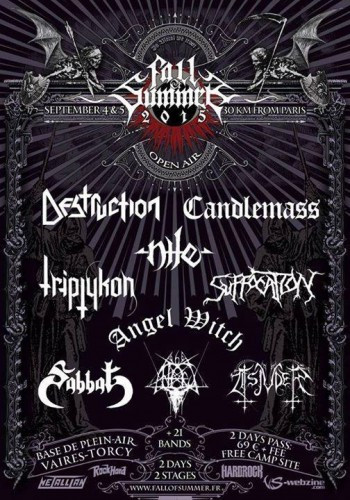 And so to finish this round-up, we include a bit of festival news.

Last year the stars aligned for our man Leperkahn and he was able to be in Paris on a university program in time to catch the Fall of Summer festival in a town outside the city named Torcy. And he wrote a review of it for us. A couple days ago he alerted me to the line-up for the 2015 edition of this event, and holy shit, is that a nice line-up or what?

I assume Leperkahn is busy arranging another boondoggle that will put him within striking distance of this thing in September. And if he isn’t, he needs to get boondoggling without further delay.

3 Responses to “SEEN AND HEARD: VOICE OF THE SOUL, IN DREAD RESPONSE, SOUTHERN FRONT, MUSCLE AND MARROW, FALL OF SUMMER 2015”