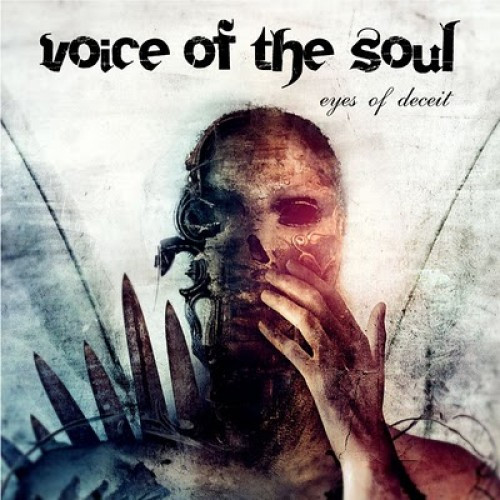 Vomit the Soul (Kuwait/U.S.), Deathember (Sweden), and Excrementory Grindfuckers (Germany).  (listening notes, and the songs we heard, follow after the jump . . .)

One thing leads to another. In early July, we ran a three-part post (Part 1 of which is here) about metal from North Africa. In doing our research for that series, we came across an excellent Cairo-based metal blog called Metality that covers metal from all over the world, but with a particular emphasis on music from the Middle East. About a month later, we saw that, to celebrate their 1000th post, Metality had assembled a free compilation of awesome global metal, with the permission of the bands and labels involved. (We wrote about that here.)

We started following a few of the bands who appeared on that comp, including one from Kuwait (at least one of whose members — frontman Kareem Chehayeb — is now going to school in Boston) called Voice of the Soul who sent us a MySpace friend request. Back in July, Voice of the Soul released a new, four-song EP (their second) called Eyes of Deceit, and recently they made the EP available for free download. So, I decided the time was right to check out some VOTS music.

The song I picked is called “Farewell To Hope”. It’s got a 2-minute long instrumental intro that includes a really nice melodic guitar lead that gives way to a charging thrash riff. I thought the rest of the song was strong, too: Rhythmically dynamic melodic death metal with a good mix of heavy riffing and resounding, ringing guitar solos. The vocals are satisfyingly deep and evil, too. Good stuff! Here’s “Farewell to Hope”:

Voice of the Soul: Farewell To Hope

You can download Eyes of Deceit for free by visiting this location. For more info, the band’s MySpace is here and their Facebook page is here. 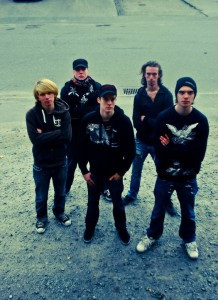 Deathember is a young band from just outside Stockholm, Sweden, who recently contacted us by e-mail with a request that we listen to their just-completed EP, a three-song untitled demo. So I did, and man was that a happy surprise!

I listened to the first song on the EP (“There’s Nothing Called Equality”) and got into it almost immediately. It’s fast and catchy as hell, with a couple of killer riffs and a nice mix of hi-low vocals (the non-clean kind). The song is augmented by electronic pulses, an inventive guitar solo — and lo and behold, a breakdown in the middle.

I cheated and listened to the other two songs on the EP before turning to the last band on this particular MISCELLANY excursion, and so I can tell you that they’re as much fun as the first one. And I do think “fun” is the operative word. The music isn’t deep and dark and evil, it’s upbeat, loaded with hooks, flavored with a sprinkling of techno. Listen to that first song I heard:

Deathember is making its EP available for free download via a link on their MySpace page. Or, you can just click here to get it. For more info on the band and their news, you can visit them on Facebook here. 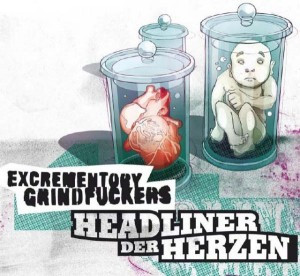 This next band from Hannover, Germany, made our MISCELLANY list through a tip from NCS reader “Phro”, and we decided to check ’em out after listening to Deathember.  (NOTE: This was before Phro polluted the sanctity of my mental temple with a word that shall not be mentioned and expressed the most horrible imaginings possible about your mom.)

Phro pointed us to both an official band page (here) and a unofficial one (here), both of which have music available for streaming. He also explained that this band seems to play grindcore covers of traditional and pop music. Here are a few of the song titles we had to choose from, along with the ridiculous Google Translate translations of the German-titled songs into English:

Which one do you think I picked for MISCELLANY purposes?

Yep, you guessed it: “Penispropeller”. Wouldn’t you?

This song seems to be from the band’s latest album, Headliner der Herzen (Headliner of the Heart???) — their fourth. And guess what?  I liked the fucking song! It’s nice and heavy and groovy, and it’s also funny because of the funny voices that make appearances along with the deep, growly vocals.  But if this is a cover of a pop song, I’m having trouble figuring out which one it is. Maybe Coldplay had a hit single called “Penispropeller” and I missed it. Anyway, here it is:

For more info, the Grindfuckers’ Facebook page is here. It will help if you speak German.

Now, of course, this band seemed so delirious that I couldn’t possibly resist doing a little more exploring, even though technically I was at the end of my MISCELLANY expedition. And there’s plenty of Grindfucker craziness to be found, especially on their YouTube channel. But I’ll just leave you with this video of two of the Grindfuckers recording a rap vocal (in German) to one of their demented creations.  What’s ingenious about this is that you can’t hear the music, so all you’ve got is these two whiter-than-white Germans pretending to be Jay-Z and gettin’ down with music you can’t hear — and it’s just fucking hysterical, which they seem to realize.

Enjoy the rest of yo fucking day. Yo.