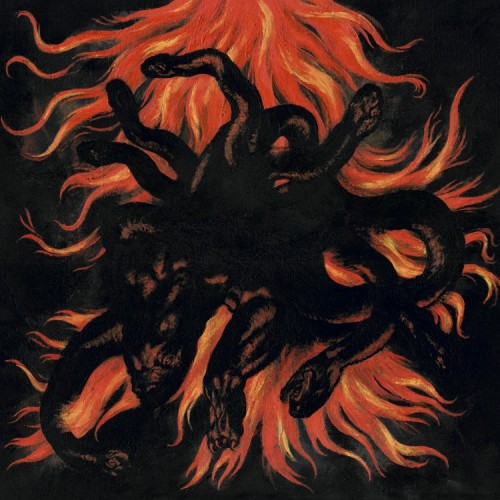 Thanks to an exuberant Facebook post by The Binary Code‘s Jesper Zuretti, we learned within the last hour that French black metal band Deathspell Omega has just made available a new song from their forthcoming album Paracletus (due for release in the U.S. on November 9). Deathspell Omega is one of those bands we’ve been hearing great things about for a long time, but whose music we somehow have never actually gotten around to hearing.

Amazing, really, since they’ve been playing music since about 1998 and since they have one of the coolest band names in extreme metal. Anyway, that’s all changed now, because the Season of Mist label has made that new song available for free download, and we’ve now heard them. Should have checked out these dudes long ago.

The new song is called “Devouring Famine”. It’s a dense and immense piece of guitar-driven, progressive black metal. To string together some additional adjectives: It’s powerful, caustic, cacophonous, creative, rhythmically diverse, technical, discordant, and compelling. Unless you just can’t stand black metal, this is absolutely worth hearing. So, here it is:

By the way, the Season of Mist site has lots of other free downloads available from label artists, including that brand new song from Atheist, “Second To Sun”, that we featured in a post last week, and a song called “Tired Climb” by Kylesa from their forthcoming new album Spiral Shadow. This link will take you to the index of available downloads from Season of Mist.

And if you haven’t already seen Kylesa’s video for that “Tired Climb” song, it’s definitely worth seeing. So here — see it (after the jump).