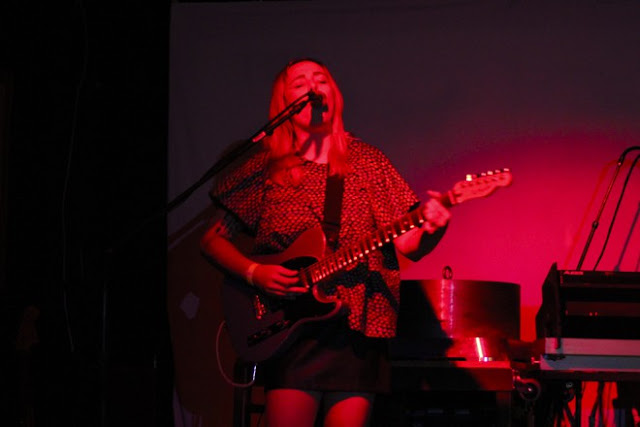 We arrived just in time to catch the Portland duo Muscle and Marrow. Never really gave their last studio album The Human Cry the time to immerse myself in it, but their live show changed the way I think of them. There are metal elements to what they do, but I would not call them a metal band. Even then, of the three shows, I would say they were the most emotionally heavy band of the week. This was channeled in a very honest physical manner. Singer/ guitarist Kira Clark’s voice goes from an almost black-metal-like scathing scream to a vulnerable soprano. The duo implemented samples and layers of vocals triggered from a laptop off stage, but in comparison to Author & Punisher they were very organic. END_OF_DOCUMENT_TOKEN_TO_BE_REPLACED

Guest writer Gorger reviewed the album for us last October and gave it high marks. But despite his praise and my own history with the band, I stupidly didn’t dive into it. Too many other distractions, I suppose. And then yesterday I watched and listened to the band’s new lyric video for a song from the album named “Defiled”, and holy shit. END_OF_DOCUMENT_TOKEN_TO_BE_REPLACED