(TheMadIsraeli revives a feature designed to put the spotlight on recommended groups, and today the focus is on New Zealand’s In Dread Response.)

In Dread Response have been mentioned a couple times here on the site, but I figured a full feature on them was relevant and due, considering the band’s next album Heavenshore is coming soon.  These “Bands you should be listening to” segments will be exactly as the title says, but I kind of aim to use them as indirect awareness and hype for a band’s upcoming output as well, especially when it’s a band I really believe in and love to death.  In Dread Response are definitely such a band, and this little feature is for those who may not even know who these guys are, as well as for those who do but maybe haven’t followed them lately.

In Dread Response play blazingly fast-as-fuck technical and emotive melodic death metal.  Make no mistake, this is a band who not only perfectly conform to what NCS is all about, they are also completely unrelenting, in a genuinely militant way that melodic death metal doesn’t often display.

A lot of the best melodic death metal nowadays really borrows from the Daylight Dies and In Mourning school of ambience, melancholy, and dragging tempos, but In Dread Response capture the ferocity the style was born with.  If you want band references or comparisons, think of a combination of Dark Tranquility and Darkest Hour.  In Dread Response have the savagery and melodic tendencies of early Dark Tranquility, and the speed and recklessness of Darkest Hour on Hidden Hands Of a Sadist Nation.  They lack the commercialized elements both bands later tried to incorporate, and have instead retained only the best and most intense aspects of those sorts of influences. 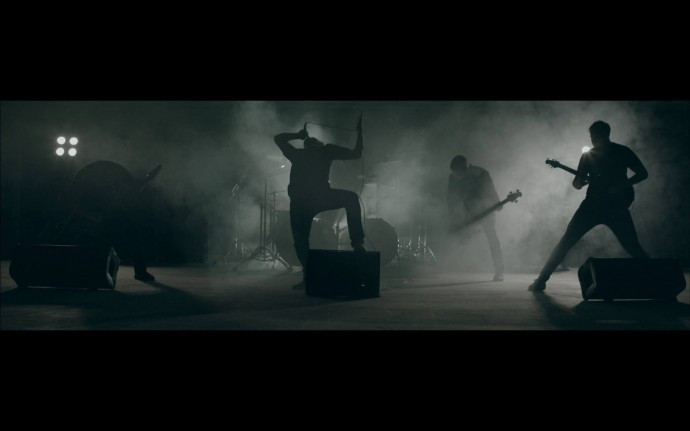 The defining quality of In Dread Response is the extent to which they make use two guitarists.  In a manner very reminiscent of The Gallery– era Dark Tranquility, there is almost always a rhythm and a lead part going on.  The leads are always interesting, lyrical, and not just hammed-in melodies or themes thrown on top of the riffs.  The band often enough hunker down and just riff away as well, but it’s those moments that most impress me.  A prime example of this in action is “Cannons At Dawn” from the band’s debut From The Oceanic Graves:

Now the Dread dudes are preparing to release their third album Heavenshore.  I am beyond stoked for this album, not only based on their previous output, but also because the songs presented so far showcase a band who are only getting better.  The album is sounding faster, more brutal, and more technical.  It all retains a very emotive sense of melody, and the result is shaping up to be pretty fucking sublime.

This will be their first output since losing both their previous drummer and vocalist.  New drummer Corey Friedlander is a fucking war machine and does nothing but bombard the music in skank beats and double-bass saturation, while new vocalist Ben Read (who’s done time in fucking Ulcerate) sounds raw, unhinged, and plain psychotic.  His vocals don’t seem like they would be a fit for the band, but considering the emotive nature of the band’s melodic tendencies, they actually serve to enhance and further project that emotional power.

In Dread Response should be in your music rotation.  They will be when Heavenshore comes out, I’m pretty fucking sure of that.  Below will be the everything pertaining to the album so far.  I anticipate this to be one of the year’s best records.

6 Responses to “BANDS YOU SHOULD BE LISTENING TO: IN DREAD RESPONSE”