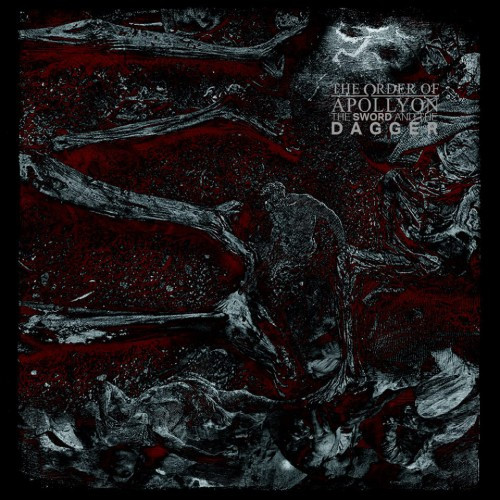 In the five years since The Order of Apollyon released their debut album (The Flesh), the band’s former multinational line-up has undergone a near-complete makeover. Only the founder, guitarist/vocalist BST (Aosoth, ex-Balrog, ex-Aborted), remains, now joined by three other experienced musicians who are all members of the French extreme metal scene. Their new album, just released in Europe by Listenable Records, is The Sword and the Dagger.

The band’s debut album seasoned death metal with elements of black metal, and the new album again displays a blending of those styles, though I’d go so far as to say that the new record is more black than death.

Much of the music storms with intensity, driven hard by superheated blast-beat assaults and double-bass thunder, pulsating bass lines, and fleet-fingered riffs that swarm, writhe, and jab. But the rampaging aggressiveness is tempered with contrasting instrumental interludes and passages of sweeping, majestic melody. 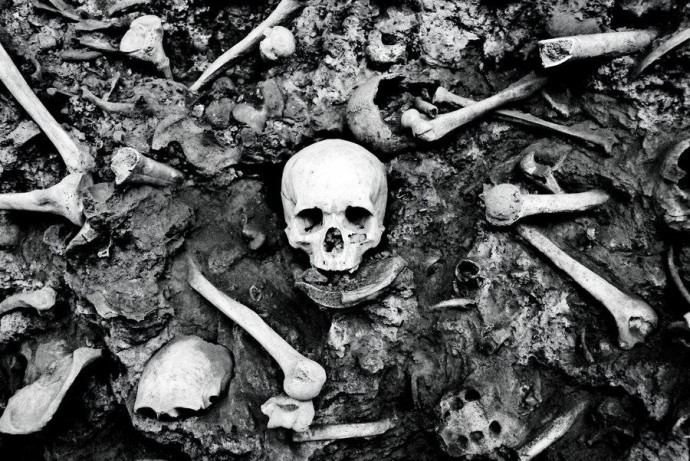 “Hatred Over Will”, the album’s first full song following a brief instrumental interlude, is a thrashing death metal barrage, its intensity heightened by a lot of rhythmic variation and by a couple of attention-grabbing guitar solos, one that’s fiery and deranged and a more extended one that’s a swirling piece of shred. The song is also one the finds the band hitting a hard-rocking groove, and it’s not the last time that happens in this album. Along with other selectively placed flamethrowing solos, the band deftly add jackhammering grooves here and there throughout the album — not predictably or formulaically, but often unexpectedly.

There are definite patterns in the song-writing — each song is structured around alternating musical motifs that trade places as the songs unfold, and the band display a penchant for introducing new, more atmospheric passages near the end of most songs. But that doesn’t mean the songs sound alike — far from it.

While death metal is the more dominant style in “Hatred Over Will”, black metal is the more dominant style in songs such as “Al ‘Ankabout (which interestingly begins with the slow rhythm of hand drums and clean vocals intoning an Arabic melody) and “Hold Not Thy Peace, O God of My Praise” (a mix of martial rhythms and morbid, lashing tremolo riffs). There is also a strong flavor of Dissection in  songs such as “Our Flowers Are the Sword and Dagger” and “The Curse Is Poured Upon Them” — which for me are two of the best songs on the album. Both songs are enhanced by dark, sweeping, memorable melodies that add an air of bleak majesty (and both include some powerfully infectious grooves as well).

An air of dark, majesty appears elsewhere, too. It’s prominent in the two instrumental interludes — “Chants of Purification” and “By Your Command We Return To Dust”. The former features choral voices against the growing sounds of an intensifying storm, and the latter proceeds with a slow, pounding drumbeat and a synthesized orchestral melody that has the solemnity of a funeral march. But the songs themselves also include dramatic passages reminiscent of ecclesiastical music to inject that air of bleak majesty. “Eight Pillars” is but one example of that technique, with keyboard ambience, choral voices, and impassioned spoken words joined together with harsh, heartless howling and hollow roars; huge, jagged riffs; and shimmering guitar melody. “Eight Pillars” is another one of the album’s strongest songs, and one that may bring Behemoth to mind as you hear it. 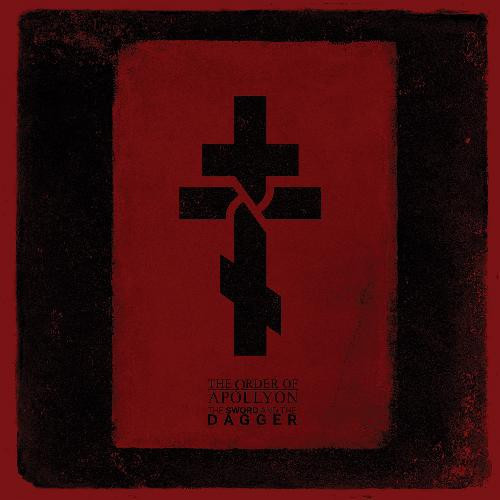 The album ends with its longest track, “Omnis Honor Et Gloria”. It’s a dynamic piece that alternately lurches, swarms, and darts. It includes a deranged guitar solo and a lot of double-bass storming. And you will think it’s over at the 5:30 mark, because a long period of complete silence follows. But when the music resumes, it is the sound of a pipe organ, a stately processional, solemn and sorrowful.

Despite the religious texts that seem to have inspired certain song titles and lyrics, and despite the ecclesiastical motifs mentioned above, do not be mistaken about the album’s intent. The music is as militant (and martial in its drumbeats) as it is solemn, as rampaging and vicious as it is sweepingly atmospheric. It is not an offering to the glorification of God, but a testament to the destructiveness and murderous depravity of humankind. Or at least that’s what I take away from the album as a whole.

I have a few quibbles about the production. For my tastes, the drums were a bit too forward in the mix and the guitar parts (which are technically very impressive) are at times too murky. But these are quibbles. Overall, The Sword and the Dagger is a creatively arranged and impressively dynamic work, a dramatic and electrifying offering of blackened death metal that will hold your interest from start to finish.

The Sword and the Dagger, featuring artwork by David Fitt, will be released in North America on March 17 by Listenable Records and can be ordered in physical formats here or downloaded at Bandcamp, here. Stream the album in full below.

2 Responses to “THE ORDER OF APOLLYON: “THE SWORD AND THE DAGGER””