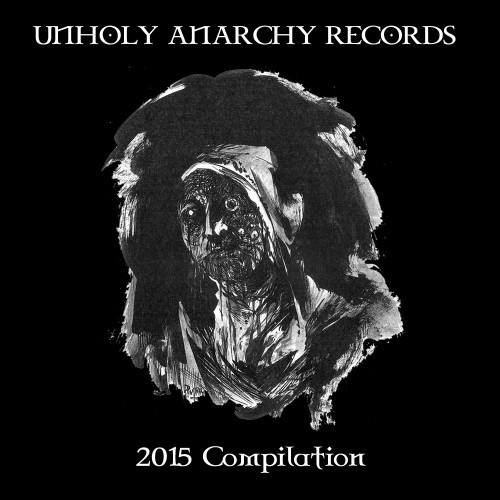 This is another one of those new-music round-ups that I would normally label “Seen and Heard”, but it happens that everything I’ve collected here is so heavy and dark that “Shades of Black” seemed more fitting, even though the music isn’t exclusively black metal. Perhaps needless to say, I’m really high on everything collected here.

Yesterday, Maryland-based Unholy Anarchy Records released a stunning digital compilation of songs via Bandcamp. It’s a free download, but I’m sure that throwing a few bucks their way would be very much appreciated — and this thing is so damned good that a contribution would also be well-deserved.

The comp, which features artwork by Putrid Matt, includes both previously released tracks as well as songs from forthcoming releases, and the bands (from all over the globe) are not all exclusively on the Unholy Anarchy label. The previously unreleased songs come from Steel Bearing Hand, Fistula, Communion of Thieves, Captain Three Leg, PanzerBastard, and Sewercide.

There’s a lot of variety in the music — with hardcore, grind, crust, punk, death metal, sludge, doom, and black metal represented — and it’s all excellent.

I’m going to give a special shout-out to Maryland’s Sloth Herder because I feel so lame that I have so far failed to write about their powerhouse August 2014 split with Horde of the Eclipse (on Bandcamp here). One of the Sloth Herder songs from that split — a dynamic song delicately named “S.O.M.F.” — is on the new comp. It will tear you a new one. So will that split. So will everything else on this comp. 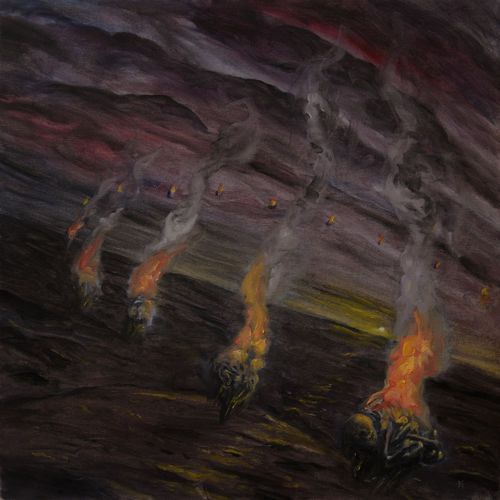 The 2013 debut demo MMXIII by Ireland’s Malthusian was a fantastic surprise, and now the band have completed a new EP entitled Below The Hengiform, which will be released by Invictus Productions.  Yesterday they began streaming one of the new songs, “Forms Become Vapour”, which has put a big dent in my skull.

It’s as dark as the void, a thoroughly bone-crushing, soul-sucking barrage of blackened death/doom with some bridge-collapsing grooves in it and an alien melody that’s infectious, as well as morbid to the core. And you better limber up your neck muscles before you get to the last two minutes of the song, because you can’t not headbang. Fucking fantastic. 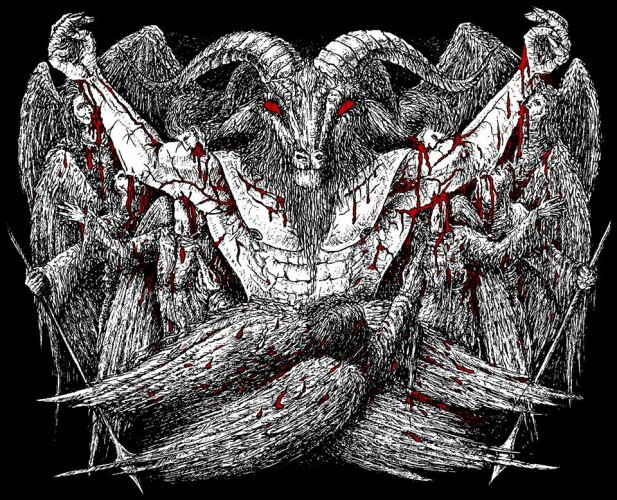 Aiμα are from Athens, Greece. They released a self-titled demo in 2012 that I haven’t heard, and an EP last year named Σάρκα (“Sarka”), though it appears that the EP will be getting a 7″ vinyl release via Goatmarch Distro at some point this year.

One of the tracks from the EP just went up on YouTube, and it’s hellishly good. The name is “Trumpeters of Doom”. It’s raw and bestial, a thrashing blast of black metal with a metronomic drum beat that has gotten its grips in me each time I’ve heard the song, plus wisps of appealing, otherworldly melody and plenty of gruesome vocal tirades. 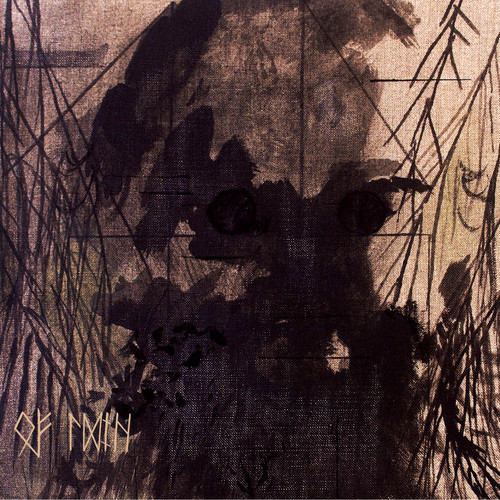 Ghold are a UK duo (Paul Antony and Aleks Wilson) whose debut album  Of Ruin will be released by Ritual Productions on March 16. I stumbled across them last month and wrote about the albums first advance track, a tribal bass-and-drum monster named “Partaken Incarnate”. Yesterday I learned that The Quietus had premiered another new song, “All Eyes Broke”. It’s another eye-opener.

The music is relatively stripped-down and hammers away at a repeating, mind-warping bass guitar motif that proves to be hypnotic. There’s an unexpected break in the song, where a solitary drumbeat lays the foundation for a new musical pattern that just hammers away with increasing force. And then there’s another break in the action, and another pattern emerges, which is just as rhythmically compulsive (and just as bleak) as the ones that came before. The song cries out for scarred, psychotic vocals — and it gets them. 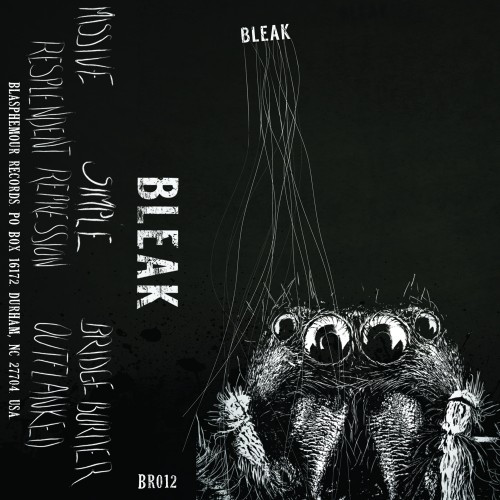 Bleak are from Syracuse, NY. After releasing multiple demos, they recorded a five-song, self-titled EP that’s being released on tape by Blasphemour Records and is also available now for download at Bandcamp. I’ve forgotten where I came across the band’s name, but I hung onto the Bandcamp link and randomly decided to give the first couple of songs a chance. Sure am glad I did. Now I just need to find time to finish the EP.

But since I have a bad habit of not following up properly in writing about things I like, I’m including these few words now: Those first two songs, “Missive” and “Simple” are obliterating. “Missive” is a hardcore hammer-fest of pile-driving riffs and rhythms. I think I lost a few inches of height listening to it as it beat me straight down into the ground. When it eventually slows down, it becomes crushingly… bleak. And the vocalist sounds not only completely enraged, but also like he’s being drawn and quartered.

“Simple” is a kill-zone of dissonant chords, more spine-rupturing percussion, and additional vocal derangement that holds nothing back. Seriously, this is slaughtering music.