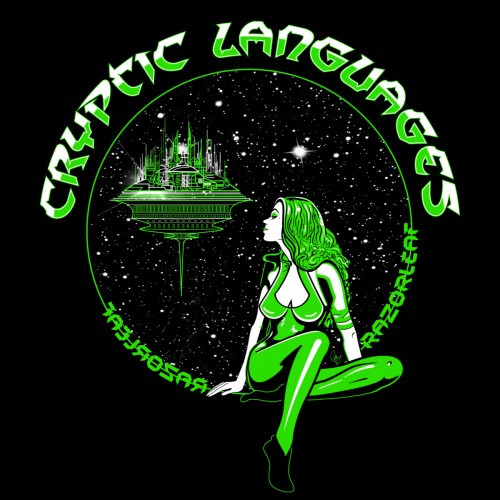 A little while back Grant Skelton came up with the idea for Local Focus, which I find to be a great idea. Since I now split my time between Chicago for school and San Diego at home, I figured I’d do a double-feature of sorts on both, since I have things to talk about for both of them. With that, we’ll start with my hometown, San Diego.

These guys are a relatively new stoner doom crew, forming in 2013, featuring Martin Arguelles on guitar, Lewis Davis on bass, and Ross Zafar behind the kit. They released their debut EP, Razorleaf, in November of last year, though I just recently got around to hearing it. It features three songs, though all of them are at least nine minutes long, and the final two are more than eleven minutes long.

Simply put, if you dig Sleep, and the kind of stoner doom you can throw on and just get lost in an interstellar weedian journey, then this is gonna be your kind of band. The EP is available as a name-your-price download below, so really, you have no reason to not check this out. 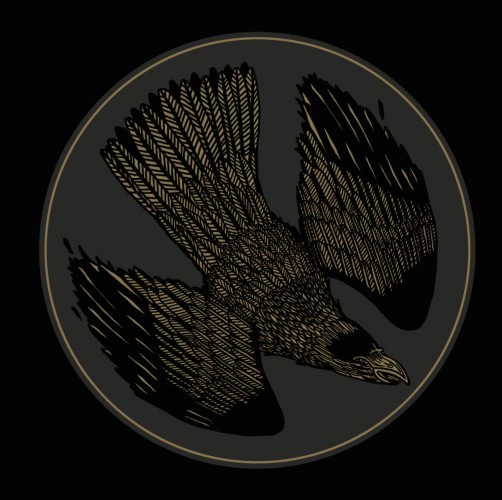 I heard about this group because they seem to be opening for every awesome show that’s been rolling through SD in my absence. To name a few: Enabler, Call of the Void, Enslaved, YOB, Obliterations, Baptists, Torch Runner, and Ghostlimb. The bands mentioned above might give you a clue as to how these dudes sound, but in case some of the references above are a bit foreign, these guys play a nasty hardcore/sludge hybrid with a heavier helping of melody than you might.

They just released a new album about a week ago, entitled Our Love is Different, that’s chock-full of catchy riffs – listening to the first track prompted on their Bandcamp page, the title track, reminds of Baroness with a bit more sludge in the mix, with a hoarser vocalist, yet with just as many catchy melodies. Check out Our Love is Different below, and if you get a chance, check out a show of theirs sometime. 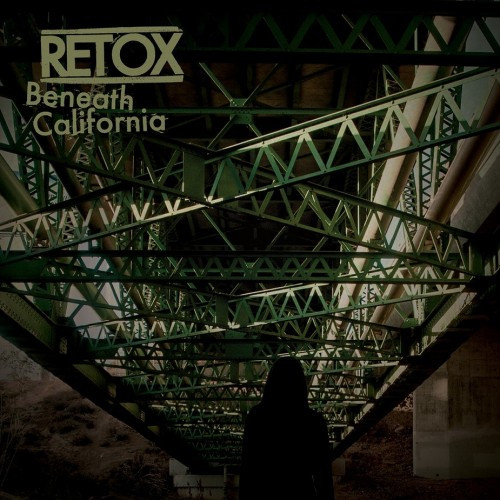 Admittedly, this last one isn’t really as underground, given that it features The Locust’s Justin Pearson on vocals. Then again, they’re from San Diego (and LA for some members, but that’s beside the point), and their new album, Beneath California, hasn’t been covered too deeply here at NCS, and screw it, they kick ass.

They play a sort of angular punk that sticks in your brain like tar, and thankfully have that perfect type of production that is at once clear, yet gritty. Check out the two music videos they’ve released for the new album below (the latter features a bat-wielding Greg Puciato (of The Dillinger Escape Plan) maniacally chasing down an enemy, if you needed more motivation to press play), and be sure to catch them on tour now with Whores if you can (sadly, they were playing a 21+ bar here in Chicago on Saturday, and my lack of age barred me from attending).

And now, on to Chicago, my current place of residence: 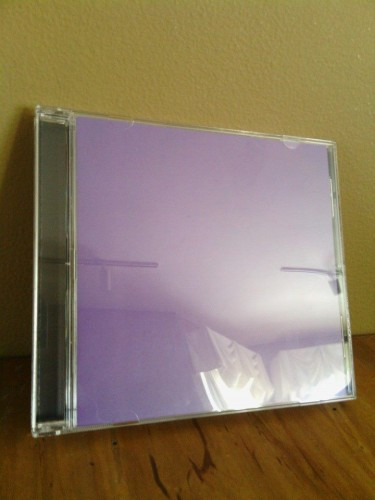 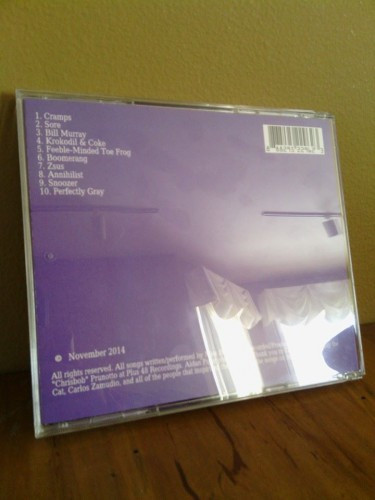 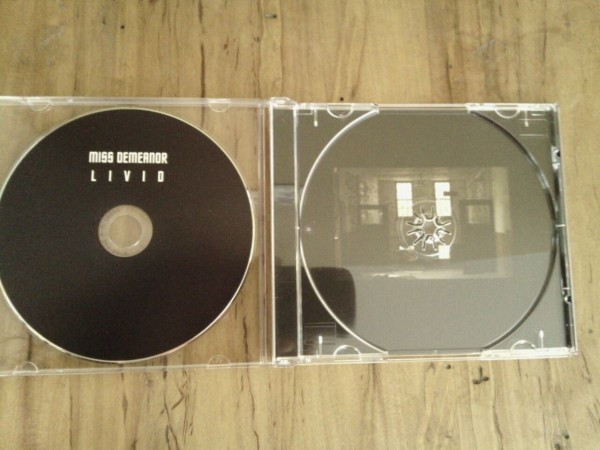 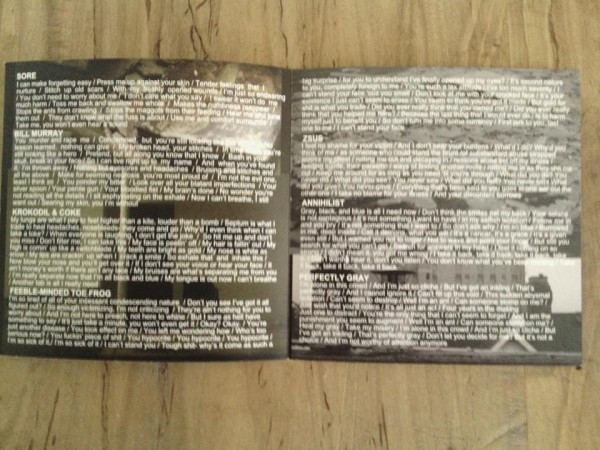 I talked about these guys in my Best of 2014 list, but there are a few new developments, one good and one bad. The good news is that they now have CDs for sale, with artwork, as represented in the pictures above, by guitarist/vocalist Luke Clohisy (and my former roommate), and photography in the liner notes by Aidan Piper. To grab one, I would suggest messaging their bandpage, or emailing the address on their Bandcamp page.

Secondly, the bad news is they’ve now broken up. So this might be the last recorded output we get from them. That said, Livid is a hell of a swansong – as I mentioned in my blurb on it in my Best of 2014 list, this is basically a hybrid of every record you loved in the ‘90s – Nine Inch Nails, Nirvana, Foo Fighters, QOTSA, and the like – with some of the catchiest hooks and well-constructed songs you’ve heard since the above bands put out their classic output. Stream it below, and if you want a CD, be sure to act quick – I doubt there are many, and I doubt there will be more once they’re gone. 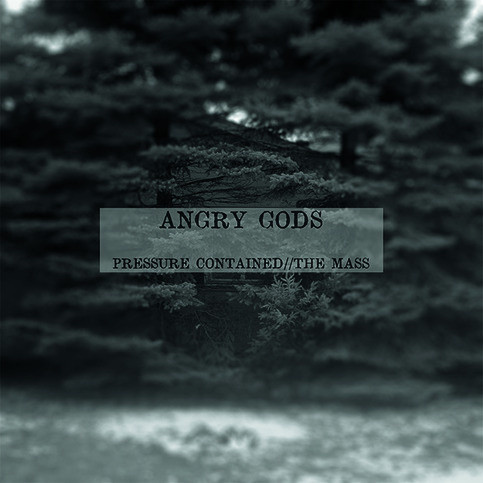 I found out about these guys from their appearance on an upcoming show with Cult Leader here in Chicago next month. Like Griever, they could be described as sludgy hardcore, but the focus of the term would be much more on the “sludgy” part of that term, with thick, oozing guitar tones, occasionally sped up, but generally wallowing at a doomy pace. They have a few releases up on Bandcamp – if I were you I’d just start streaming and stop reading my words. 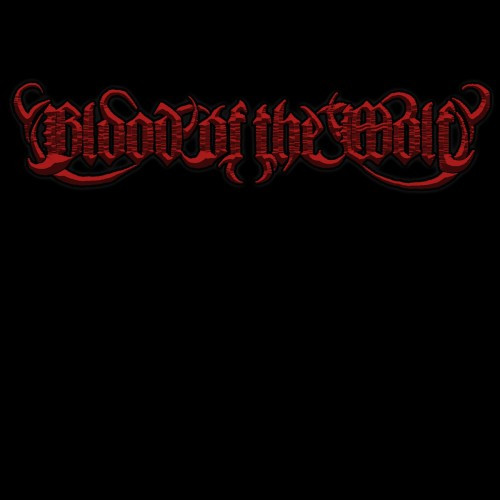 BLOOD OF THE WOLF

I found out about this band from their opening position on an upcoming Incantation gig here in Chicago. Put simply, they play some frantic Behemoth-y death metal, with a heavy helping of blackened thrash ferocity. If that sounds like your kind of thing, check ‘em out below. 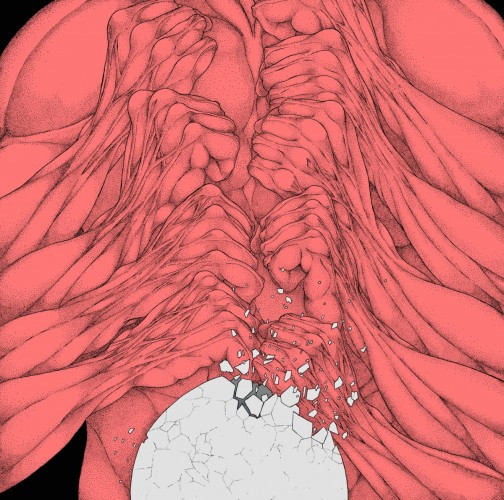 In truth, these guys have been briefly mentioned at NCS, once in a post about Gilead Fest, and once in a 2014 year-end list from Alain Mower. Nevertheless, these guys deserve way more attention here, though their signing to Thrill Jockey indicates they’ve certainly gotten attention elsewhere.

I first found out about them on Saturday, after attending Music Frozen Dancing, an free outdoor afternoon concert hosted by the Empty Bottle (a venue here that’s normally, 21+, but luckily for me the outside-ness of this event made it so that I could go) and sponsored by Goose Island, a local brewery that I’ve heard is pretty good from little birdies. They were sandwiched in between various rock/punk/alternative bands (namely Ne-Hi, Protomartyr, and Perfect Pussy) as the only true metal band on the bill. And goddamn, did they put on a hell of a show.

They play a stoner doom/thrash hybrid sound that mixes the warm guitar tones and occasional slow pace of the former with the frantic energy of the latter for a combination that is so perfectly headbangable and moshable that even the twenty-something degree weather and massive amount of layers I had on couldn’t keep me from thrashing and whiplashing about. They easily had the most energetic set of the event (though I will say I left before Perfect Pussy – I got a bit too cold), and their boisterous enthusiasm was positively infectious, both for me and for the rest of the crowd. 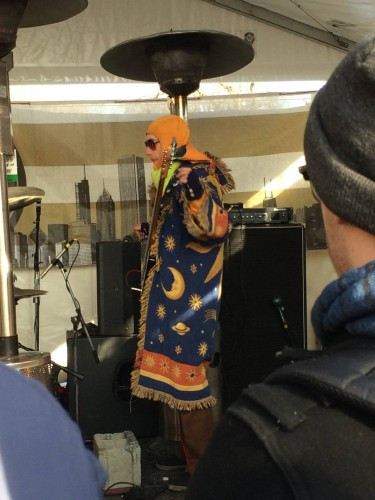 Besides, bassist Kevin Cribbins was wearing a goddamn rug on stage (see photo above; it was dubbed a “wizard cape” by guitarist/vocalist Zack Weil). After the show, I had the good fortune of running into Weil, who was easily one of the nicer dudes I’ve met at a show, and was kind enough to go inside the bar for me to grab me a vinyl copy of their newest album, 2014’s Earth Suck (my lack of age and ID barred me from entering myself).

Anyway, I’d suggest going into a padded room before pressing play on any of the below videos, unless you’re in the mood to break stuff. If you find yourself in Europe sometime soon, be sure to check them out on their upcoming tour as well.

And here are those European dates: