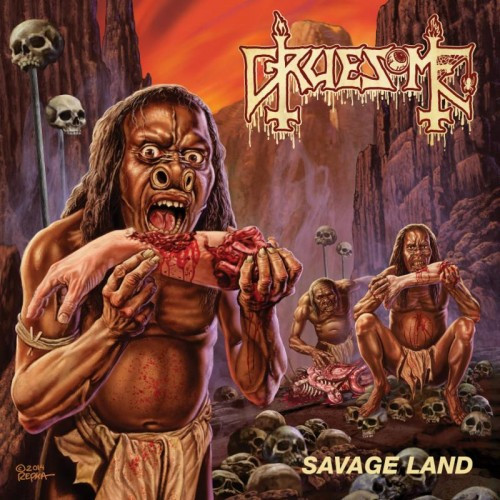 (Guest writer Grant Skelton returns to NCS, singing the praises of a new song by Gruesome.)

Some fans may wish to write off Gruesome (which features members of Exhumed, Possessed, Malevolent Creation, and Derketa) and dismiss them as a knockoff or throwback. The band do openly promote themselves by affiliating with Death, particularly the Leprosy material. To that I respond, “What’s wrong with nostalgia?”

One of the advantages of living in the time that we do is that fans can have access to material from bands who had their heyday in the pre-Internet age. To that end, Gruesome (and their forefathers) can sound completely fresh to younger fans who may just be discovering them. To the veterans, Gruesome offer something classic that doesn’t try to reinvent the wheel. They bear the Florida death metal torch, and they bear it well.

Gruesome’s debut album, Savage Land will be released April 21 in the US on Relapse. The deluxe edition features a cover of Death’s “Land Of No Return.”

Stream the new song “Hideous” on Bandcamp below. Purchase the song for only $1. Below that, you’ll find a Bandcamp stream of the demo of “Closed Casket,” which was featured on the Relapse Records: 25 Years Of Contamination comp.