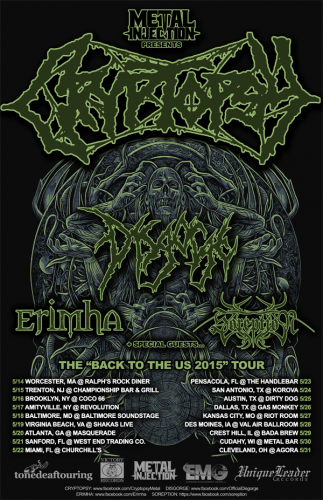 It’s been several years since Cryptopsy have toured the United States, but now they’re coming back, and they’re bringing along some sick support acts to sweeten the deal. Soreption is definitely a favorite around here at NCS. Their sleek combination of mechanical grooves and technical death metal is incredible, and last year’s Engineering The Void was an amazing effort by the band. US Death metal act Disgorge and Montreal-based black/death group Erimha round out the tour bill. 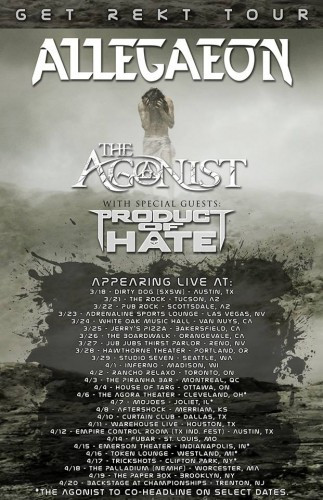 I’ve been following Colorado-based progressive-groove-thrash-death metal band Allegaeon since the beginning, and they’ve only continued to cement their place among the standouts of modern metal history. Having seen them live before, I can attest to their immense power and intensity in a live setting. Definitely a band to check out on stage if you can! Product Of Hate are providing support on the tour, with The Agonist co-headlining on some dates. 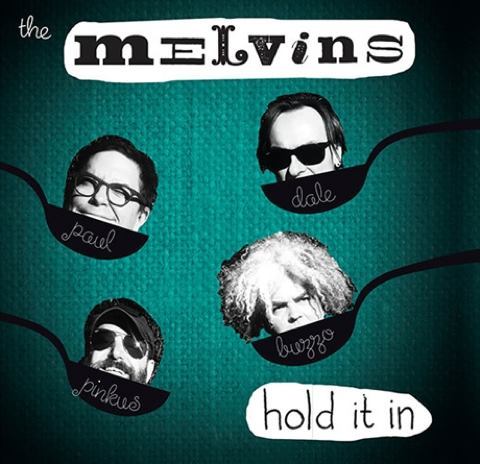 Melvins — Hold It In Tour

Recently Melvins shifted their line-up again, this time releasing their most recent record, Hold It In, with a line-up that saw King Buzzo and Dale Crover work with guitarist Paul Leary and bassist JD Pinkus from fellow esteemed weirdo rockers–Butthole Surfers. From what I read, JD Pinkus will be joining King Buzzo and Dale Crover on this tour, performing on the songs that he helped record. I saw nothing that mentioned Paul Leary will be a part of the live tour, however.

Melvins label-mates Le Butcherettes will act as opener on the tour. The dates are as follows: 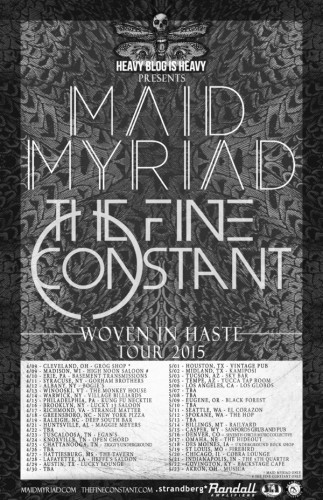 I’ve written about incredible instrumental metallers The Fine Constant here at NCS before, putting their album Myriad on my 2012 year-end list. I also featured their lead guitarist Sarah Longfield on my year-end list for 2013 with her fantastic solo EP, Oneric. More recently I became acquanted with progressive metal/rock band Maid Myriad through their vocalist and guitarist Jeff Klemm, who gave me his band’s CD from last year, With Haste On Its Breathe. I also saw him live filling in on vocals for Wings Denied on their latest tour, which I covered here at NCS.

The Fine Constant have a new EP, Woven In Light, set to drop on April 10th, so I’m sure they will play some new material as well. Now is the perfect time for two of today’s best progressive metal acts to hit the road and our duty is to make sure to catch one of these performances if possible. I promise you won’t be disappointed.

While the United States has plenty of good metal bands and tours, it does lack that certain European flair for massive open-air fests. Recently, however, some bold individuals have announced plans to put on the first open-air US metal festival ever and to make it an amazing three-day event. Tickets are now being offered at a much cheaper early-bird rate than will be available later, but hurry before those sell out. Below is a quote I pulled from the website for the event:

“Full Terror Assault is the first European style Open Air Festival for extreme music fans right here in the USA. This is NOT a pay to play event and is independently sponsored by a promoter who has been involved in the “underground” and extreme music for over 20 years. Many fans have never had the chance to attend an event like this so if your thinking about coming out this year, please do, you won’t be disappointed.

“Here is what you will find within. An amazing scenic wooded camping area right on festival grounds on over 100 acres with lakes and a beach, your not pitching your tent in a cornfield. Three (3) days of all things metal on 3 stages with bands representing all genres of music including grind core, death metal, punk, hardcore, thrash, shock rock, black metal and anything with attitude. If that isn’t enough FTA will have contests, vendors, an outdoor movie theatre, a zip line and dj after parties to keep the party going all night.

“This event is designed to bring bands, vendors, and fans together for a celebration of extreme music without breaking your wallet. MAXIMUM BRUTALITY@MAXIMUM FRUGALITY!!!! See you in September.”

It’s going to be a 75-band line-up. Here is what has been announced thus far on the festival’s site:

Tickets and plenty of additional information can be found on the festivals website: 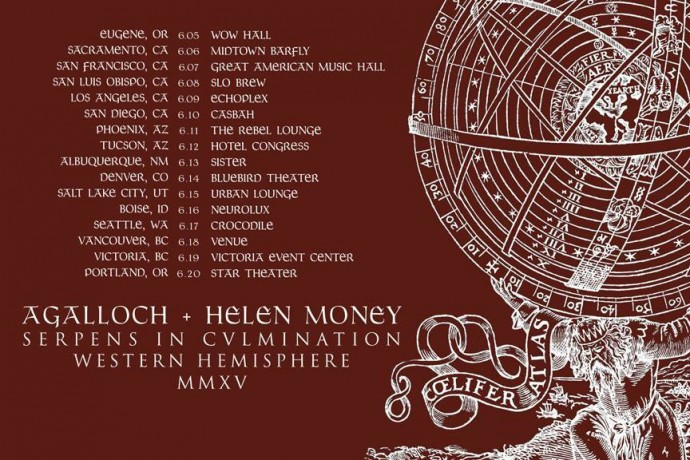 Not much to say, except, get hyped! I’m going to have to check out Helen Money, the cellist and label-mate of Agalloch who is the supporting act on the tour, and whose music I’ve seen labelled as “experimental”.