Before I hit the road for the drive back to Seattle today after almost a month away from home, I thought I’d throw a few new songs your way.

This German band’s last album cover (for Swallowed By the Ocean’s Tide) was one of the best ever. And now they’ve delivered another astonishingly great piece of art — or rather, Ola Larsson has delivered another one for them. Gaze upon its Lovecraftian loveliness above (and click the image to embiggen it).

The band’s new album is entitled Gateway To The Antisphere, and it’s due for release on April 3 by Van Records and Imperium Productions. Yesterday the fine deviants at CVLT Nation premiered the album’s first advance track, a titan named “Titans”.

It’s a head-wrecking, brain-spinning piece of full-tilt death metal malevolence. The galvanizing music rushes forward in overdrive, propelled by truly attention-grabbing drumwork, and it’s saturated with dark, exotic guitar melodies that seem to be sending a message: You have left this world — or something terrible from beyond this world has entered it. The vocalist’s bestial howls seem otherworldly as well. Fantastic song.

And if you haven’t seen the video for the album’s title track, “Diluvial Ascension – Gateway To The Antisphere”, which is constructed around Ola Larsson’s artwork, watch and listen to it here: 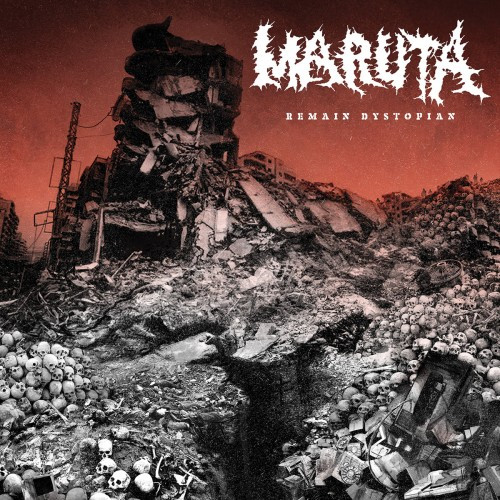 Miami-based Maruta have signed a deal with Relapse Records for the release of their new album Remain Dystopian. It includes guest vocals by the likes of Tomas Lindberg (At The Gates, Disfear) and J.R. Hayes (Pig Destroyer), plus layers of noise from Agoraphobic Nosebleed’s Jay Randall.

I’ve been looking forward to hearing something from this new album, because the band’s previous releases have been so slaughtering. And a couple of days ago they granted my wish by releasing an advance track named “Stand In Defeat”. It’s a deathgrind blood-spray of savage riffs, knee-capping percussion, gruesome roars, and hair-on-fire shrieking. Maruta really don’t fuck around.

Remain Dystopian will see release on CD, LP, and digital platforms on June 2 in North America, May 29 in Germany, Benelux, and Finland, and June 1 in the UK and everywhere else. 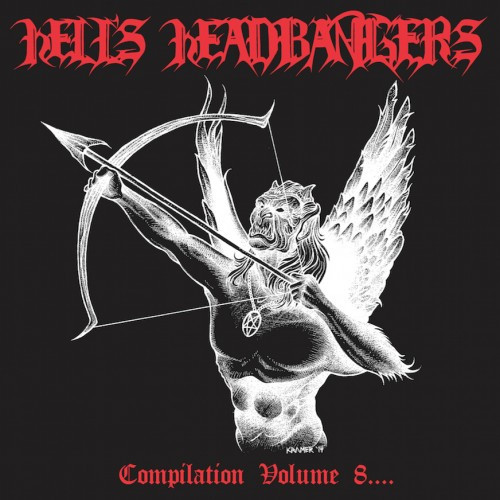 I can’t figure out exactly when this happened, but yesterday I found out that Hell’s Headbangers has released a free new digital compilation via Bandcamp that includes a shitload of new music from a stunning line-up of extreme bands. There are 30 tracks in total, and they include brand new songs from forthcoming albums by:

In addition, the compilations includes songs from newer EP releases by:

And it also includes tracks from earlier releases in 2015 and mid-late 2014 by:

Having just discovered this, I’ve only barely started in on the new material, but damn, what I’ve heard is great (e.g., the new Deiphago track!). Go here to download this thing, and stream it below: