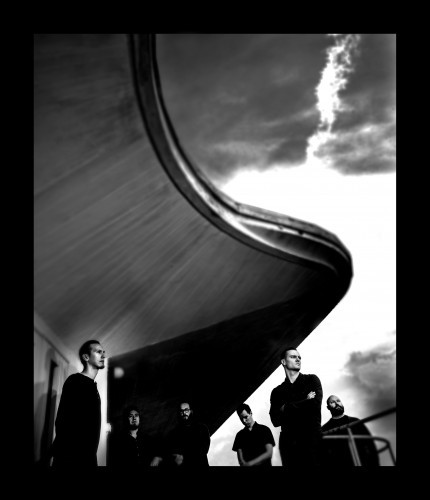 (In this 56th edition of THE SYNN REPORT, Andy Synn reviews the discography of Finland’s Callisto, whose latest album was released in January.)

Recommended for fans of: The Ocean, Cult of Luna, Thrice

There’s definitely a small chance, but a chance all the same, that Finnish Post-Rock/Post-Metal experimentalists Callisto might be a bit of a hard sell to our regular audience here at NCS.

Described on their Facebook page as “Metal / Experimental / Rock”, and by their own admission as “Progressive Noise Rock”, although the band clearly learnt much of their craft at the (metaphorical) knee of Isis and Cult of Luna, they quickly took a much different path than their predecessors, borrowing more from the Post-Hardcore and Post-Rock fields as their discography expanded, incorporating many more jazzy-influenced and experimental/ambient touches along the way.

It seems to me that this verve for experimentation – often divisive, yet never anything less than intriguing – contributed to the band missing the boat slightly during the mid-2000s Post-Metal explosion. Where others were (rightly) praised and lauded for their atmospheric expansion of the metallic landscape, Callisto were, in places at least, castigated for not being “Metal enough” as their interests swiftly diverged from those of their contemporaries.

Which is a shame, because I can honestly say that if you’re a fan of any of the bands mentioned above – or even the more atmospheric approach favoured by Junius and recent Sólstafir – then the Finns definitely deserve your time. And, although it does take a bit of effort and commitment to  get deep into some of their albums, I promise you that effort will be amply rewarded. 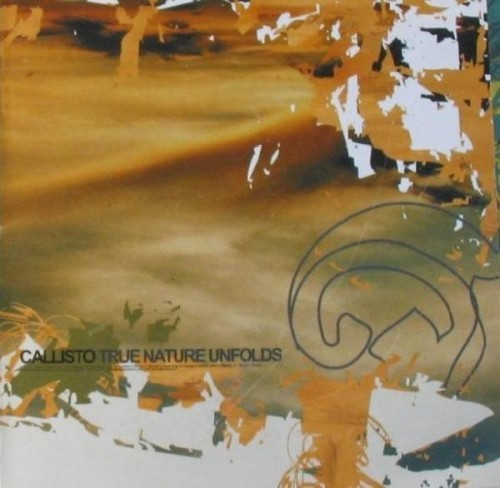 Easily the most overtly “heavy” of their albums, the band’s debut certainly fits in perfectly with the early Isis/Cult of Luna crowd, offering up a bevy of rugged Post-Metal thrills. Yet even here there are already signs pointing to the more obscure paths they would follow in the future, with unpredictable touches of cello, saxophone, and even glockenspiel, cropping up unexpectedly across the album’s ten tracks.

As the introductory notes of “31 46° N, 35 14° E” dissipate we are introduced to the dissonant slow-motion grooves of “Blackhole”, its weighty guitars and teasing, technicolour melodies vying for the listener’s attention beneath a mountainous procession of pounding drum work, all topped off by Markus Myllykangas’ visceral hardcore bellow.

“Limb: Diasporas” is up next, its massive, ringing chords, driving riffs, and rhythmically repetitive percussion accented by a dash of frail female vocals, its strangely hypnotic melody lines drifting in and out of reality as the song progresses.

The cinematic “Cold Stare” conjures image of a vast and barren Post-Metal landscape, moving from mammoth-sounding riffs and precision-focussed power to a mid-song interlude of ambient artistry and saxophonic oddness worthy of David Lynch. It’s followed by the nine-minute monolith of “Storm” which, in its quieter moments, recalls the sublime beauty of Anathema, yet during its loudest parts erupts into a mastodonic wall of sound and dissonance of frankly epic proportions.

The organic build-up and crescendo of instrumental track “Caverns of Khafka” captures the quiet-loud dynamic at its most effortlessly effective, gorgeous melodies and booming riffs ebbing and flowing like the tide, guiding the listener towards the sombre (and evoctively titled) “Like Abel’s Blood Cried for Revenge”, another gripping Post-Metal journey of sight and sound, which mixes in a subtle dose of clean-sung counter-melody to balance out Myllykangas’ anguished cries.

The appropriately pseudo-apocalyptic “Worlds Collide” is equal parts forlorn beauty and ferocious metallic catharsis, with some of the band’s heaviest riffing on display front and centre, and is followed by the similarly ferocious “Masonic”, whose distortion-tinged and bass-driven introduction sets the stage for an upheaval of powerhouse riffage which builds towards a brilliant climactic denouement of doom-tinged prog-metal melancholy. 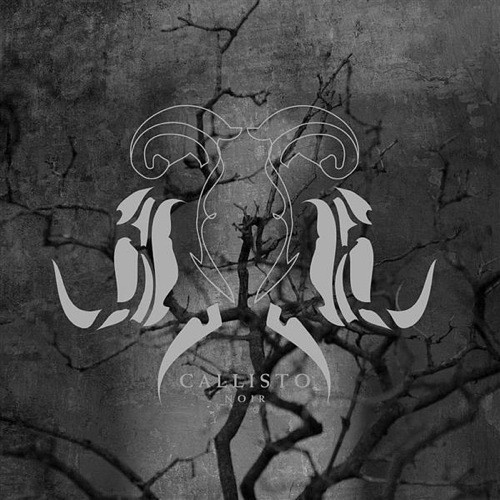 The band’s second album saw them already starting to diversify and move away from their established sound, expanding on many of the more esoteric hints and influences found on their debut in often unexpected ways.

As an example, the lengthy melodic instrumental introduction to opener “Wormwood” slowly but surely gives way to a familiar, clanging Post-Metal soundscape that itself soon transitions into an unexpectedly exotic piece of saxophone-led post-Jazz, before morphing back into a steadily rising tide of impressively powerful mood-metal.

The opening bars of “Latterday Saints” certainly capture the “noir” vibe the band are clearly going for, the glimmering guitar notes and languid bass-lines soon giving way to a bristling procession of churning metallic riffage and atmospheric ambience, leading into the oceanic, at times almost Tool-esque, sonic tides of “The Fugitive”, where flowing melody lines crash up against titanic Sludge-Metal breakwaters, exploding in a glittering spray of scintillating light and flickering shadow.

The calming interlude of “Backwoods” melds almost seamlessly into the somber introduction of “A Close Encounter”, its initial Ulver-ish tendencies (all blooming sunrise melodies and echoing pulses of softly-lit ambience) slowly transitioning into an epic journey of driving Post-Metal power, littered with inventive touches of harmony and soaring, anthemic atmosphere, all tied together by the subtle and effortlessly mesmerising drum work of Ariel Björklund.

In hindsight the multi-layered and multi-hued guitar work of “Pathos” serves as a perfect sign-post for the band’s next album, largely diverging from the heavier, denser displays of metallic catharsis found on their debut in favour of a lighter, more Post-Rock influenced, sound. Similarly the strumming acoustic guitar and lambent melodies at the start of (the largely instrumental) “Folkslave” sound eerily similar to Anathema during their own transitional period, although the song then goes on to make full use of its eight-minute run-time by progressing in a number of different directions.

The album climaxes, fittingly, with one of its finest tracks, the almost-10-minute “Woven hands”. Several minutes of eerie ambience and somber spoken-word gradually develop into a warm progressive tapestry of soothing sounds, slowly but surely building in urgency until, just after the five-minute mark, it combusts in an electric, Cult of Luna-style deluge of ravaged, emotional vocals and bruising, doom-soaked riffs. 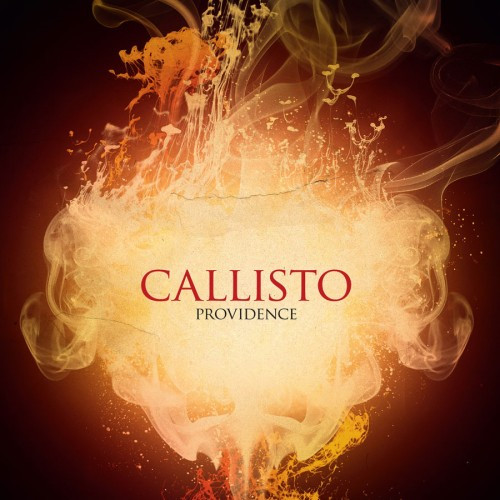 Unjustly maligned by many (in fact, this is my personal favourite out of all four of the band’s albums), Providence sees the Finns at their most mellow and progressive, drawing upon the heavier end of Prog and Post-Hardcore, in a manner not too far divorced from Thrice or Porcupine Tree at their most metallic. Still, it’s hardly an unnatural digression for the band, nor is it totally bereft of heavier moments, at times strongly reminiscent of the esoteric channel taken by The Ocean on Heliocentric.

The relative simplicity and droning undercurrent of “In Session” is the first clue that Callisto have made some changes to their formula, with its focus on lush guitar layers and the enigmatic clean vocals of new singer Jani Ala-Hukkala reminding me strongly of the switch in style Extol made on The Blueprint Dives. It’s not a complete about-turn, however, as the second half of the track contains its fair share of heaviness, ably accentuated by Ala-Hukkala’s raw-throated growls.

The beautifully gloomy “Rule the Blood” — with its thrumming bass-lines, shimmering melodies, and restrained, doomy chord progressions – and the deftly dynamic “Covenant Colours” are up next, the latter particularly impressing with its subtle, jazz-like touches and claustrophobic climactic bars of surprisingly thrilling intensity.

“Eastern Era” has a hazy, neon-lit ambience to it, married to some powerfully effective moments of dissonance and repressed rage, telling a captivating story with its drifting atmospherics and fluid, progressive drum work, while the experimental “New Canaan” marries Ala-Hukkala’s enigmatic clean vocals to some brilliantly conceived saxophone work and lengthy digressions of flickering, void-like ambience, adding a further dash of abstract colour to the band’s already Prog-tinged palette

The shape-shifting “Stasis” transitions seamlessly from dreamlike melody to clanging metallic clamour to lilting passages of multi-faceted Prog in a manner that would make The Ocean green with envy, followed by “Where The Spirits Tread”, a game of two halves which starts out as a slow-burning blend of radiant guitar melodies and aching clean vocals, building to a rising fire of heavier, darker guitar work and dynamic interplay between harsh growls and melodic crooning.

These cathartic growls rear their head once again during the energetic ebb and flow of “Dead Weight”, and take on an even more prominent role in “Drying Mouths (In A Gasping Land)” (which also features Markus Myllykangas’ high screams), a complex and creative piece of mood and melody that eventually concludes in a grandiose, grinding metallic climax.

The album draws to a close with the title-track, “Providence”, a lengthy piece of angst and atmosphere that allows each member to bring his unique talents to bear, building layers upon layers of light and shade into a towering progressive edifice of creative colour. 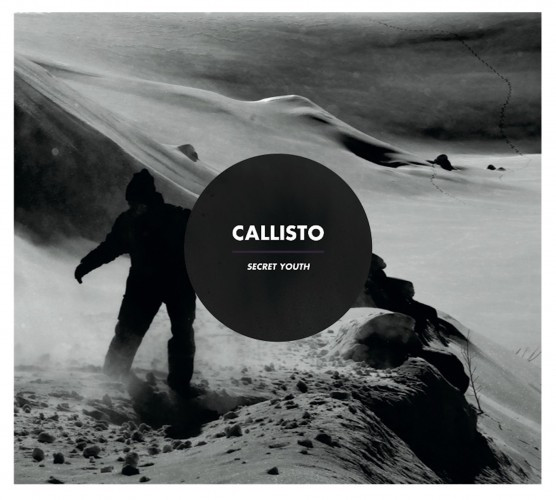 Their fourth album (only released last month by Svart Records) embodies both a progression and a regression in sound for the band, reining in some of the more esoteric progginess espoused on Providence, while retaining the more melodic tones and timbres of that album (much of this due to the continued presence of Jani Ala-Hukkala and his fragile, crystalline clean vocals).

Yet, at the same time, Secret Youth brings back some of the weight and heft of the group’s early releases, whilst also adding a subtle undercurrent of droning noise and dissonance, all without sacrificing the depth of creativity and atmosphere that they’ve cultivated over the intervening years.

“Pale Pretender” opens the album with flowing waves of cold distortion, conjuring a sense of absence and emptiness with its darkly glimmering guitars and aching, distant vocals. More of a slow-burner than a fire-starter, the lithe bass-work and weighty guitar lines that rise to prominence during the second half of the track effortlessly combine with these early elements to create a truly immersive atmosphere, its starkly painted hues and brooding shades in precise counterpoint to the warmly-lit ambience of its predecessor.

“Backbone” adds a heavier edge to things, rising from a whispered undertone to a cathartic yell, Ala-Hukkala’s full-blooded bellows playing off perfectly against his brittle cleans, the song coming across like a melding of the very best bits of Alice in Chains and Cult of Luna.

“Acts” takes the listener back a little to the Noir-era, riding proudly atop a singularly electric bass-line and conjuring a sense doomy density without ever tipping over into full-on Post-Metal territory, before the listener is carried into the spectral ambience of instrumental interlude “The Dead Layer”.

“Lost Prayer” would fit almost seamlessly onto Heliocentric by The Ocean, its thick, fluid bass-lines and creative drum-work providing the perfect canvas for the song’s nimble, melodic guitar work and Ala-Hukkala’s crystal-clear and effortlessly emotive clean-sung melodies, while the similarly bass-driven “Breasts of Mothers” is a thoroughly darker, more haunting affair, packed with complex drum patterns eerie atmospherics, seemingly intent on exploring the absolute outer-reaches of the band’s sound.

The twitchy grooves and hook-laden simplicity of “Grey Light” stand in stark-contrast to the wilful strangeness of the preceding track, pulling the listener in with its softly compelling sense of energy and urgency, followed by the brilliantly dynamic “Ghostwritten” whose bright and ethereal beginning is slowly but surely eclipsed by the positively glacial heaviness that takes hold during the second half.

The unusual “Old Souls” is a strange interlude of phantom ambience and taut, minimalist screams that serves as a palette-cleanser before Sólstafir-esque closer “Dam’s Lair Road”, whose fragile currents of cold, melody are slowly inundated and immersed beneath waves of heavy, brooding atmosphere.

[The entire album can be streamed on Bandcamp.]