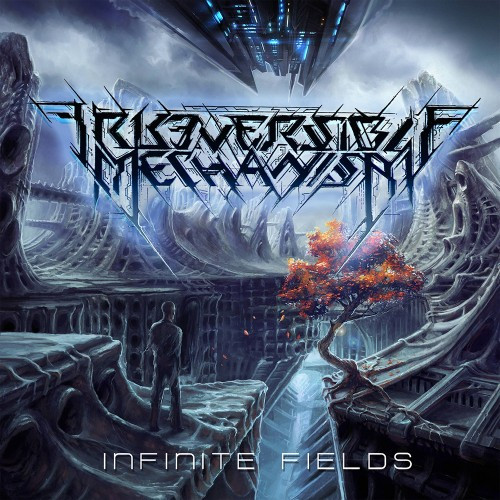 The story of how Irreversible Mechanism were signed and the subsequent re-release of their briefly heard debut, Infinite Fields, is an interesting one. I was initially tipped off to the band by Essence Of Datum, an instrumental death metal act based in Belarus, who mentioned them to me in early November. Irreversible Mechanism are also based in Minsk, and are highly technical as well. The band then released Infinite Fields in December, and I only got to hear it in full twice before it was pulled from Bandcamp after only a single day. It turns out that after hearing only one track the night before the release, Finland’s Blood Music immediately wrote to propose the signing and an agreement was quickly reached, though not before the band had launched the album on Bandcamp — for one day. That should give you a hint as to how impressive a debut Infinite Fields is.

On a side note, the way this happened is something I’ve noticed other labels doing recently. It’s an interesting way for newer labels to find talented new bands and help make them more well known.

On my first two listens, I will admit to thinking that I had heard very similar riffs, leads, solos, and drum-beats from Cosmogenesis-era Obscura and The Faceless, with some definable though less prevalent Necrophagist influence as well.  But my opinion of the album has changed and grown, and I’ve become quite fond of this record. Although the two main major musical influences I just cited are at the heart of Irreversible Mechanism’s gravitas, the band really do a lot to add more layers and different influences and they have created something that can definitely be considered its own unique take on technical death metal. 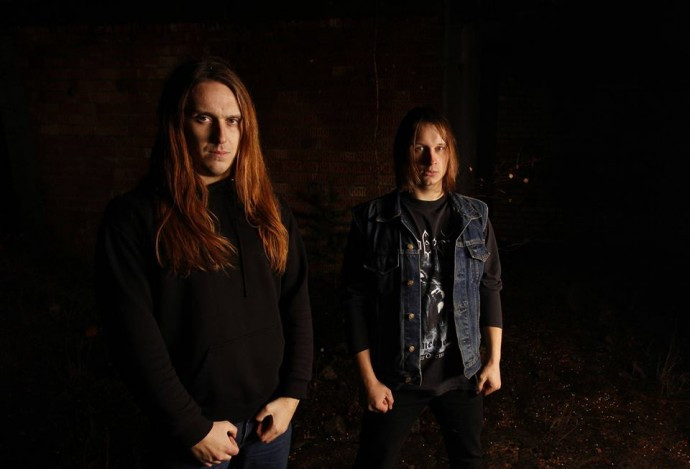 They mainly do this by filling Infinite Fields with a massive orchestral presence, in a manner not dissimilar from Fleshgod Apocalypse — yet these orchestral ingredients are being injected into far more technical and head-spinning music. As a result, when they add the strings and piano to their music, it really helps set them apart in their style. They also manage, astonishingly, to make all these additions count, adding a depth to their music that definitely lends itself to moments one can justifiably label as “epic”.

Lest you think this is all they add to make up their own style, the band also interweave a fair deal of black metal influence into the jaw-dropping aural massacres that make up Infinite Fields. Melodic death metal undercurrents also frequently rise up and fill in another dimension to the band’s sound, as do some more progressive-minded moments, which arise when the band combine their orchestral overlay with more groovy or lead-heavy passages, in a way that sometimes makes me recall the almighty prog-death-thrashers Theory In Practice.

After the album’s brief orchestral instrumental introduction (“Irreversible Mechanism”), it swiftly kicks into high gear in what I consider to be the album’s finest and catchiest cut, “Into The Void”. It not only showcases all the ingredients of the band’s sound in a memorable and powerful way, but it also does so with a ruthlessness you might not expect from a band with a style as note-heavy and complex as this one’s.

While metal music, like a lot of genres, tends to generate front-loaded records where the depth and quality of the music diminish as the record progresses, this is far from the case on Infinite Fields. Instead, the band just continue to blaze, raze, and in general just decimate everything from start to finish. When listened to in a single sitting, the songs can sort of blur together, but only because several of them work in a similar manner. But what saves them is the quality of the riffs with which Irreversible Mechanism anchor their music. The key repeated riffs in each song are all of a mindfucking nature and are distinct enough to be remembered on their own.

After much internal debate, I came to the conclusion that while the core of the sound in which Irreversible Mechanism dwell is often strikingly similar to Obscura and The Faceless,  that resemblance ended up having no bearing on my opinion of the record after an absurd number of listens. It simply is what it is, and I think it translates into a fun, fist-pumping, and energetic record whose replayability is limitless. I’ve already played this record 30 or 40 times and I am in no way tired of it.

Ultimately, Infinite Fields is a record that’s so much fun to play that it doesn’t need the approval or nuanced critiques of reviewers to spread like wildfire amongst the technical death metal faithful. It’s the kind of record that will be worshipped by fans of the genre, who I’ve noticed across the internet have already been latching onto it with a fervor I can appreciate — since I really love this record myself.

Infinite Fields features Yaroslav Korotkin and Vladislav Nekrash on songwriting and performance duties along with Lyle Cooper (the drummer on the last two The Faceless albums), as well as artwork by the brilliant Par Olofsson (Beyond Creation, Cult of Luna, Immolation, Psycroptic, etc.) and production by Sami Raatikainen (Necrophagist).

The album is available on CD with a 12-panel booklet from Blood Music. As of today, the album is also now available as a digital download through the Bandcamp link below. After the links, enjoy a full stream of Infinite Fields.