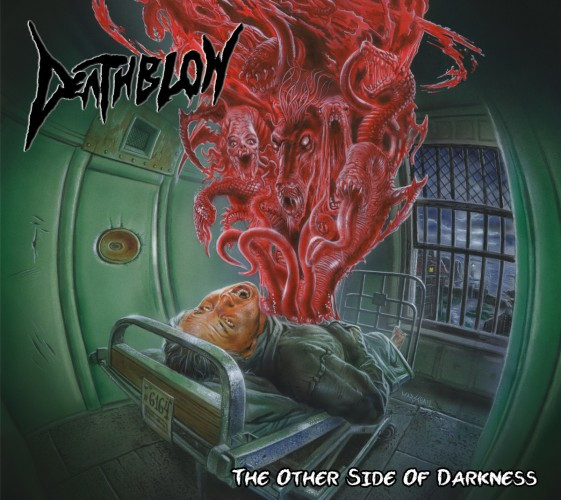 About 10 days ago NCS contributor KevinP introduced us, in cryptic fashion, to a thrash metal band from Salt Lake City, Utah, named Deathblow, and their new EP The Other Side of Darkness. At that point, Deathblow had released the EP’s title track, and today we bring you yet another song:  “Means To An End”.

In that earlier post KevinP hinted at the EP’s thematic subject matter, but only in a way that would be understandable by those already in the know — which did not include yours truly. I had to do some googling to figure it out. I’m not going to give the game away, so I’ll just mention the name “Seinfeld” and move on to the music — which kicks massive amounts of ass.

From the way the song begins, you wouldn’t guess that you’re about to be thrashed within an inch of your life. It’s a lead-heavy, doom-drenched dirge — but it’s a fitting introduction, because the music stays heavy even when it erupts in a volcanic spray of molten riffs and thundering percussion. 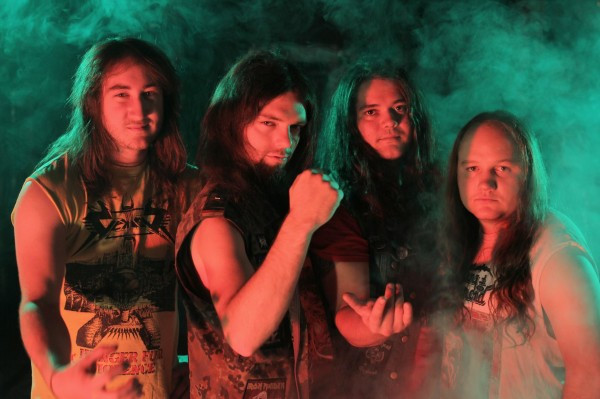 The song doesn’t proceed in straight-forward, linear fashion. The tempo constantly changes, as if the band were dead-set on keeping you off-balance while also sending a megawatt jolt through your nervous system. The guitar, bass, and drum pyrotechnics are simply off the charts, the musicians flying at jet-speed, with so many twists and turns that they make a roller-coaster ride seem like a leisurely stroll in the park. And while the instrumental music is spinning your head in a centrifuge, the vocalist brays the lyrics in a way that’s raw and visceral.

This isn’t cookie-cutter thrash, not by a long shot. This is a creative band with the technical flash to match their brain-twisting compositional skill.

The Other Side of Darkness will be released on April 21. The eye-catching cover art was created by Andreas Marschall. You can also listen to the EP’s previously released title track at Bandcamp:

7 Responses to “AN NCS PREMIERE: DEATHBLOW — “MEANS TO AN END””