More than three years have passed since the release of Schwarzpfad, the last studio album by Ukraine’s Kroda, which remains one of my all-time favorite pagan/black metal albums. The year 2012 brought us a live album (Live Under Hexenhammer: Heil Ragnarok!) and in 2013 Kroda released a compilation (Varulven) that included several departures in style, including two cover songs. And now, finally, Kroda is preparing for the release of a new full-length under the title GinnungaGap-GinnungaGaldr-GinnungaKaos.

Last summer we premiered three promo tracks from the new album. At that point the songs were untitled, and the album versions of the songs have been re-recorded with live drums, vocals, and traditional instruments. But the songs, even in these demo forms, are still wonderful — and you can still listen to them here.

But now you can also listen to a four-and-a-half-minute preview of the album that Kroda uploaded to YouTube within the last week. It collects excerpts of new songs, and the samples are a potent harbinger of an album that already sounds like a sublime addition to an extremely strong discography. The music is varied and powerful, and the vocals explode with passion. Very eager to hear all of this in full …. 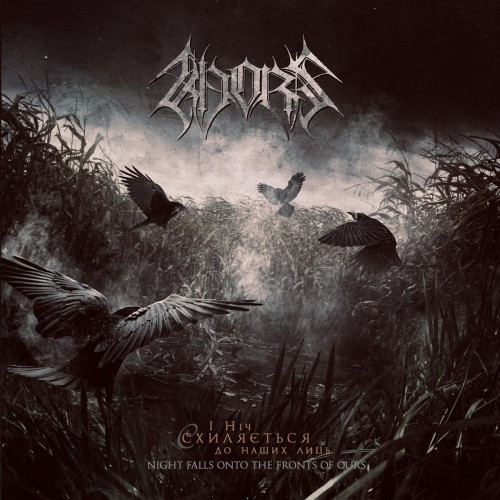 Candlelight Records will be releasing the sixth full-length album by Khors on April 20, and recently an advance track became available for listening on Bandcamp (there’s also a video for the song available on Candlelight’s Facebook page, here).

The name of the album is Night Falls Onto the Fronts of Ours, and the title of the new song is “Following the Ways of Blood“. The song begins in rapturous fashion, with a melancholy, lilting guitar melody and a thrumming bass line over a slow-rocking back beat — and then waves of tremolo riffs move in, along with jagged, lycanthropic vocals. But the song doesn’t stay even in that vein for long, as it hits an even higher gear propelled by jabbing, infectiously headbangable riffs. The melody’s dramatic, melancholy atmosphere never evaporates despite the injection of high energy, and that rippling guitar melody makes a poignant return before the end.

The song is a gripping and very memorable teaser for the album. Yet another one I’m very eager to hear in its entirety.

The new album can be pre-ordered via the Bandcamp link below, as well as on Amazon and iTunes. 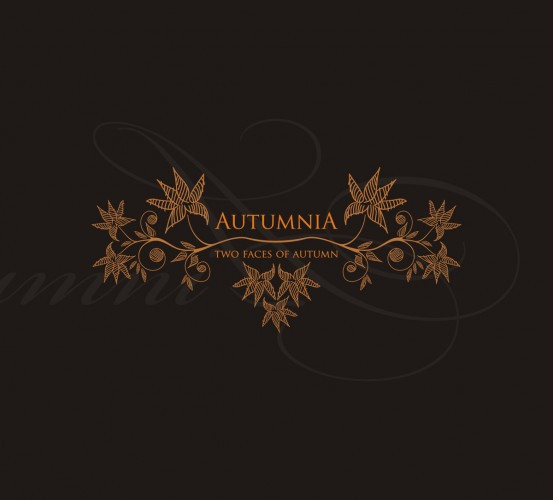 Until this morning I was completely unfamiliar with Autumnia. They are a melodic doom/death band with three albums to their credit. On March 3, Solitude Productions released a compilation entitled Two Faces of Autumn, which collects the band’s first two albums, In Loneliness of Two Souls and By the Candles Obsequial, originally released in 2004 and 2006, respectively.

I spent the morning, while doing other things at my keyboard, listening to the first album in the compilation, and I’m completely mesmerized by it. The music is saturated with sorrow, slow-moving, heavy and freighted with emotional intensity. It makes a virtue of despair and melancholy by delivering melodies that are as gorgeous as they are grief-stricken. They pull you away from your mental and physical surroundings and send you off on reveries that verge on the mystical. Tremendously deep, gravel-throated vocals are dominant, though there is sombre clean song on the album as well, and both are equally impassioned.

I’m anxious to hear the second disc on this compilation, but honestly, I’m already sold.

The Solitude Productions compilation is being sold as as a double six-panel digipack CD, and it’s also available on Bandcamp (linked below) for the very reasonable price of $5.99 for more than an hour and a half of immensely moving music.

3 Responses to “TEASERS AND REMINDERS FROM UKRAINE: KRODA, KHORS, AND AUTUMNIA”