(I welcome an old friend but a first-time contributor to NCS. His name is Oily. He enjoys long walks on the beach… AT AN OCEAN OF BLOOD! In this post he interviews Paul Nicholls, frontman of a Portland thrash band long thought dead but now resurrected — Arachnid.)

All great monuments fade. Some treasures wither away, unknown and unappreciated. Seemingly lost, enveloped by the engulfing mists of time, a rare prize resurfaces — a sparkling blood-red gem of thrash metal has been wrenched away from the jaws of oblivion.

Some time back, searching through Stormspell Records’ catalogue, I came across a self-titled release from a Portland-area band called ARACHNID. Curiosity piqued, I had a listen and was blown away; this was without a doubt some of the best thrash I’d heard in a long while.

Brutal, hungry riffs scream forth at ramming speed, augmented by a volley of bass. A relentless meteor shower of drumbeats crashes down while ripping solos assault the mind. Throughout it all, a sinister voice snarls, inviting the listener to realms of terror… All this charging, awesome metal, it turned out, was a reissue of a demo that came out in the early 90s. How in the infernal realms could something that kicked this much ass go so long without achieving demigod status?

Well, I recently had the good fortune to talk with ARACHNID’s frontman, Paul Nicholls, and he gave me the word on how it all began. From the husk of a previous project, DISTORTION COURSE (c. late 80s) came crawling a multi-limbed horror to make its mark on the world: 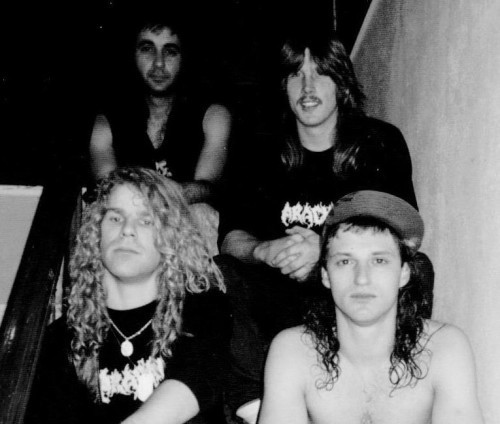 Paul: “We were just young kids then, learning how to play… that was kind of the beginning of ARACHNID… [it] had been a concept from when I was probably 12-13-years-old… I used to draw a lot, and was just learning guitar.”

The darkness had taken Paul had a young age…

“I was always drawn to horror… old-school horror movies, dark subject matter. I was always drawn to the heaviest music I could get my hands on… Black Sabbath… when I started writing [lyrics] my writing style seemed to lean that way… Ideas just get planted in your brain…” 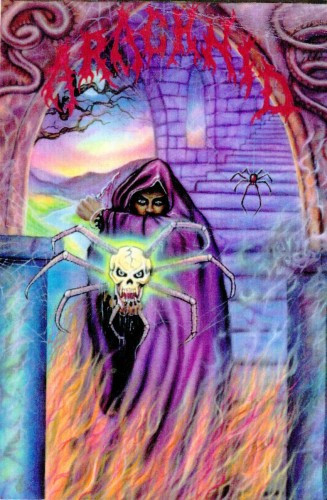 Mastering his craft, Paul would create the entirety of the songs, eventually becoming the band’s sole writer of both music and lyrics. ARACHNID recorded their demo in ’91 and released it on cassette the next year — and the band remained active for some time, booking shows with other bands that became increasingly more death metal than thrash. Paul even began a death metal side project called SPAWN, but the music scene changed drastically in the 90s. This, coupled with the loss of their lead guitarist, who moved on to another project, closed the curtain on ARACHNID far before its time.

Paul remained active in music with other projects as the years passed. Then one day he was contacted by Stormspell Records. The masters were retrieved and the demo found new life on CD. The response has been incredible. Paul talked about the resurgent interest in thrash…

“The Stormspell recording sold out very quickly and I got a lot of positive reaction from it… we started to get offers for gigs and we weren’t even a band anymore! We got invited to do a few festival gigs, and so I said maybe we should put this back together, play a few gigs, see how it goes…” 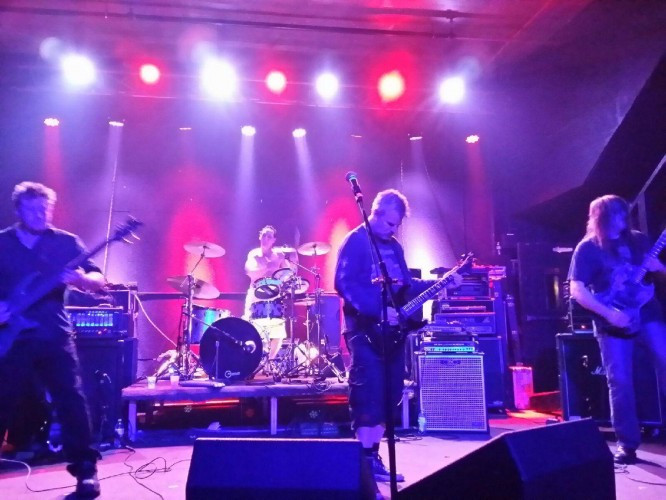 And so it is that ARACHNID is reborn! Bound in the spider’s webs, listeners became devotees… and no surprise — have you heard these guys yet, or are you still reading this article?

“Now we’re releasing the demo in its original form on Headsplit Rekords. So, we’re actually gonna have tapes available again — I’ve had so much mail from people looking for that rare tape that we decided to do a re-release of that.”

Staying true to its ruthless roots, ARACHNID is already hard at work on new material…

“We played a new tune at our last show… we’ve actually got two new songs and working on a third. Once I get into writing mode, it goes pretty quick… The plan is to release a new album or at least another demo… within a year. [Also] looking into doing a split 7-inch with a couple of bands… do some color vinyl, and we’ve got more shows coming… I think we’re gonna be pretty busy for the next year.”

Soon the razor silk will cut into your flesh. Soon the spider will drink of your blood. So, you know, if I haven’t made it clear already, this band fucking rules.

Paul Nicholls, then and now: 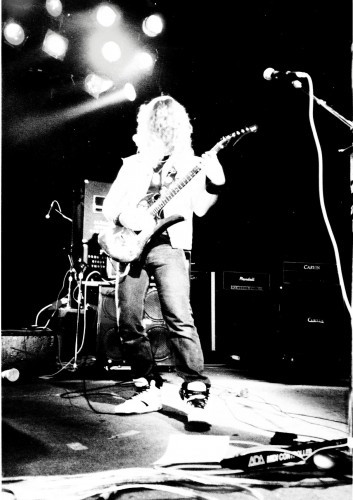 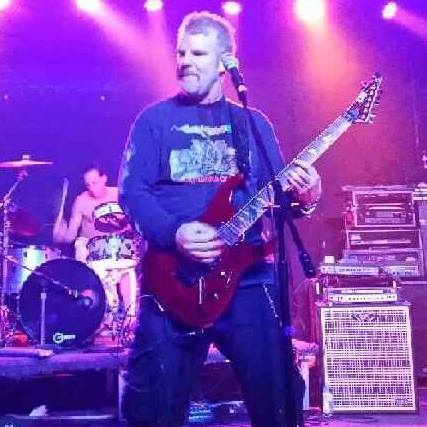 2 Responses to “AN NCS INTERVIEW: ARACHNID”