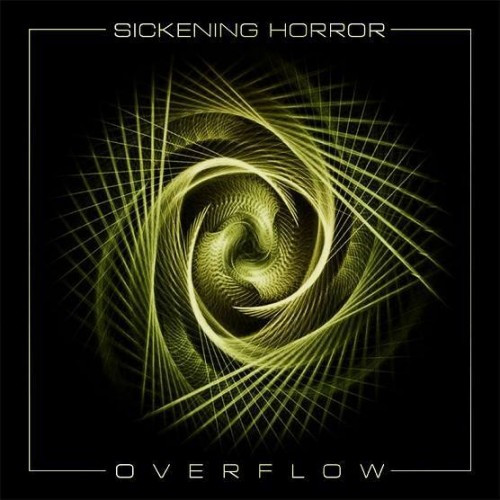 It often seems as if the metal scene has a short memory. Bands often continue to release phenomenal material long after they cease to get as much praise and enthusiastic reception as they once did. I haven’t seen too many other places repping the new Sickening Horror record, Overflow, and thats a shame.

In 2007, their debut mindfuck, When Landscapes Bled Backwards, captured the attention of technical death metal fans — a sign that a new act from Greece were bringing something new to the genre. Then they released a worthy sophomore follow-up in 2009 with The Dead End Experiment. Luckily, 2015 finally brings us the release of this new third record, and it showcases a band who’ve once again tweaked their sound and style, furthering evolving and bringing something different to the table. 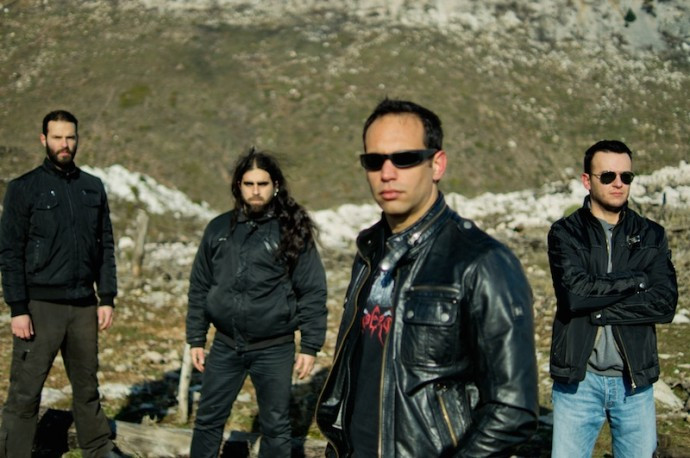 Looking back from the beginning of their discography to the present, you can notice the decrease in tempo overall, though they have always had mid-paced moments even from the start. Basically, it’s simpler drumbeats this time around, rounded out by a blazing double-bass that really adds a lot of heft to their slithery grooves and reverb-soaked lead work. This works for Sickening Horror; the band have always had a strong love affair with mid-90’s progressive death metal, and that takes on an even more pronounced presence here.

Lest you think this is some retro-style affair, Sickening Horror’s other constant has been their affinity for creative, dissonant, black-metal-styled melodies. Overflow ebbs and flows from crushing mid-tempo riffs to eerie darkness that sickens by the second, and occasionally also moves into full-throttle territory at its most unleashed and rabid.

As if it weren’t intriguing enough to hear old-school-sounding technical death metal meshed with dissonant dread and creepy horror, Sickening Horror have always had a strong bass guitar presence in their music and progressive inclinations that are quite beautiful. The rich, reverb-soaked lead guitar playing that envelopes Overflow truly steals the show here, each melody and solo a memorable moment in itself. The band also superbly weave sublime piano playing within the death metal madness of several tracks — on “When The Worms Became Kings, “Versus Entropia”, and “Red Pill Initiation”.

As stated above, this is by and large a mid-paced affair, but what’s on display musically is far from boring or standard. In fact, with their own take on technical/progressive death metal largely residing in groovier, smoother territory, I think that benefits the experience that the album has to offer. Ideas develop and come into play more slowly with the kind of massive and brooding death metal that Sickening Horror play all too well. Another aspect of Overflow that really makes it an excellent record from start to finish is that they never play all their cards on every song; some are more primal bashings, others lushly progressive and dynamic, and others more dim and unsettling.

Overflow is a prime example of how easing back on the throttle can create a refreshing experience after blast-beat-overloaded records have started to burn and bore your ears. Sickening Horror have once again delivered a “weird” death metal record that combines the best of the past and present of the genre, conjoined to an almost black-metal usage of dissonant riffing.

If you’re looking for a different death metal experience, one more like quicksand enveloping you than getting perpetually struck by lightning, then Overflow is a record you need to tune into.