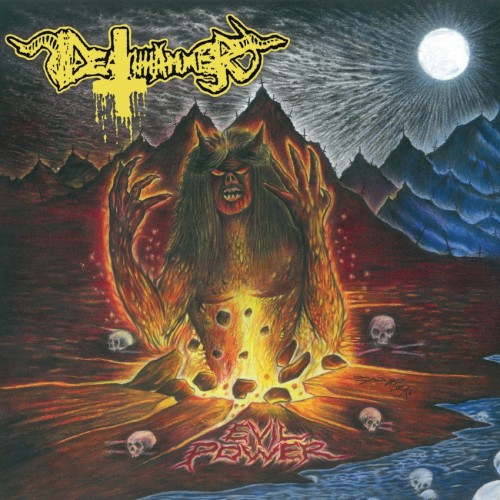 This morning I heard the first advance track from the album, a tornado named “Warriors of Evil”. It’s the first song on a Soundcloud compilation of 2015 music created by Fenriz (of Darkthrone fame). There happens to be a ton of other good music on this playlist, and I’ll include the song list below, since the stream isn’t divided into separate tracks. But as for “Warriors of Evil”, it’s thoroughly electrifying black thrashing speed metal with thoroughly rancid vocals and the kind of riff mastery that causes furious headbanging followed by a desire to prostrate yourself in humble worship and pathetic pleading for MORE OF THIS! RIGHT FUCKING NOW! 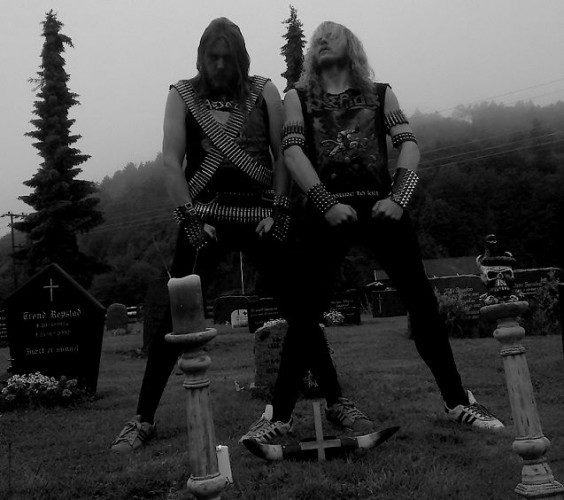 Order Evil Power here. To be clear, that’s not a request, that’s a command.

UPDATE: The song included in the Fenriz playlist below is NOT the first advance song from the album. There are two more available for listening via a Bandcamp page for this album, so I’m including those down below as well. Here’s a hint: SATAN IS BACK! 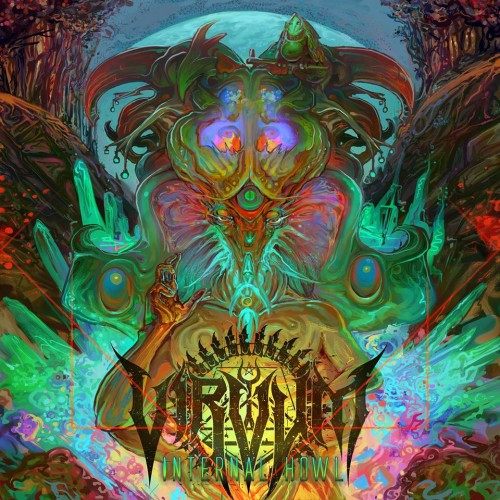 (Note: This segment of today’s round-up was written by Austin Weber)

Although Virvum’s output until now has only consisted of a single song (“The Aftermath Psychosis”), they’ve already made quite an impression on me. On this past Sunday, the Swiss technical death metal machine that is Virvum unveiled a song named Internal Howl. Although that’s perhaps an ironic title, as the song’s monstrous howls come at you with a bite capable of removing external skin and causing an external howl from your very own mouth.

All silliness aside, Internal Howl is one hell of a mind-melting death metal experience, one with an intriguing and purposeful black metal undercurrent in a few spots. The burly growls here sound like a rabid animal all wound up; the riffs slice, slam, and switch and shift on a dime. The gorgeous leads are definitely eye-popping, accompanied by a solid bass presence that anchors this weighty affair and by drumming that sounds like a storm raining machine-gun fire and jackhammers.

A good way to describe Internal Howl would be to say that it’s loaded, a dense affair of acrobatics and animosity that lights up to multiply peaks of intensity and complexity. I highly recommend you check this out. Oh, and they plan to drop their full-length debut sometime this year.   If you dig the song you can download it for free at their website; the phenomenal artwork is by Luca Carey: 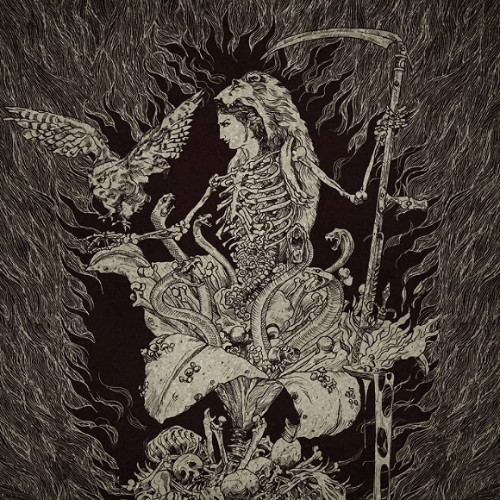 Following the release in 2013 of a debut EP (Tranquility) and a split with Thaw, Poland’s Outre now have a debut album ready for us named Ghost Chants. In late March we had the pleasure of bringing you a first taste of this new work through our premiere its final track, “Arrival”. Thanks to a tip from our Norwegian comrade eiterorm, I learned yesterday that the entire album is now available for streaming on a Polish web site. If you know what’s good for you, you will go listen to it promptly.

Ghost Chants was mixed and mastered beautifully by M. of Mgła. It is being jointly released today by Godz Ov War, Third Eye Temple, and Essential Purification (LP, CD, MC).

And here’s where the stream can be accessed: 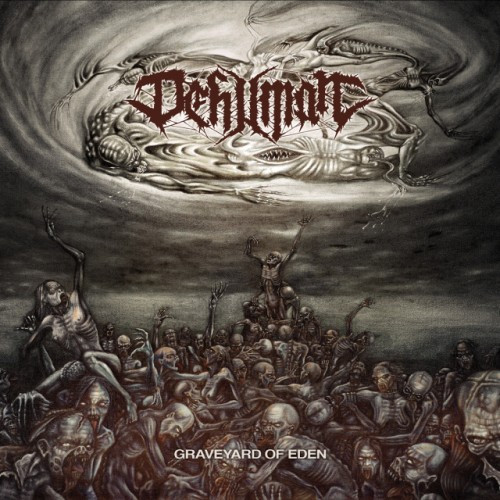 We kind of fucked up and failed to write anything about the new album, Graveyard of Eden, by the Belgian death metal band Dehuman before it was released in March. We now have a small chance to make amends by featuring a video that premiered yesterday for one of the songs from that album, “Crypts of Blood”.  It’s a goddamned blistering, bludgeoning onslaught. They don’t even wait a decent interval before spewing a flamethrower of a guitar solo right at your face — it ignites right at the beginning. And the song just gets more frenzied and murderous from there. It’s a real jet-fueled piledriver of a track, loaded with razor-edged riffs, deranged grizzly-bear vocals, and a deliciously snare-heavy drum barrage. The whole album is just as merciless and just as good.

Graveyard of Eden is out now on Kaotoxin Records and can be acquired in physical format here. It’s also available for download on Bandcamp (linked below). I’m including the album stream below the video.