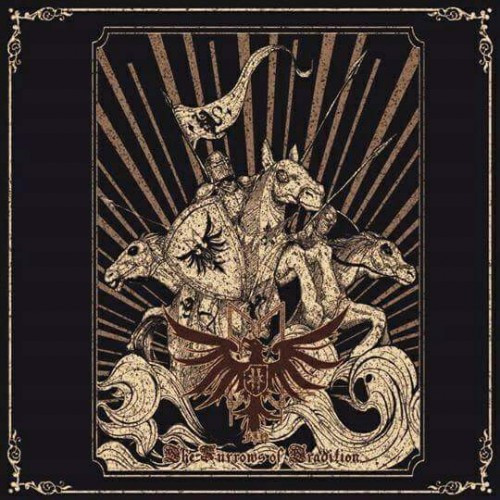 One of the most marvelous things about music, of any kind, is that it’s an inherently interactive experience. No two people will hear music in exactly the same way, because what we hear is necessarily influenced by who we are, by our own life experiences, by the turn of our own imaginations, by the entire complex of ingredients that make up our own unique identities. And what we hear may not be entirely consonant with what the creators of the music were feeling or intended when they made the music.

There’s a reason why I’m starting this post with those thoughts, and I’ll come back to it at the end. But for now, let me tell you some other things about the new (third) album by Chicago’s FIN — The Furrows of Tradition — and about the song from the album that we’re premiering today: “Bliss Apparition of Sunlight”.

Some black metal albums are rightly described as icy cold. The Furrows of Tradition is hot-blooded. It’s a boiling inferno, overheated to the point of running a life-threatening fever. To mix my metaphors (which I have a tendency to do when carried away by an album), it’s a rip-roaring black metal hurricane that rushes by with torrential speed and power and leaves you breathless in its wake. 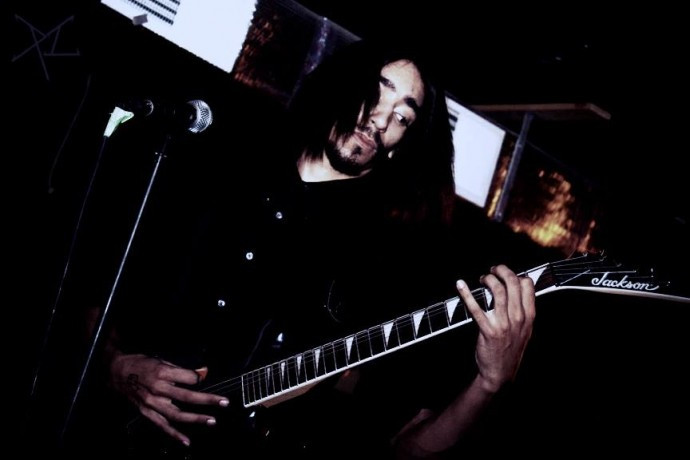 Everything is breath-taking, from the blazing speed of the drummer to the jet-fueled acceleration of the guitarist’s pick and fret hands (FIN are a duo consisting of guitarist/vocalist M.K. and drummer D.F.K.; I believe there is no bass used on this album). The vocals are equally super-charged, the kind of unbridled acidic shrieks that make me wonder (as I often do) how such sounds could be produced by a human voice without leaving the vocal chords in bloody tatters.

The music is so fiery and so frequently frenzied that the overall effect is electrifying. But there’s more going on here than blazing speed and technical athleticism, because that alone wouldn’t be worth writing about. What really reaches out from the songs and grabs you in its jolting grip are the blood-pumping guitar melodies. They give every song its own character; some of the riffs are so damned catchy and full of life that they bring you back to listen again before you even make it to the next track (or they did in my case).

Many of the songs, driven by such speed and fury, create a warlike atmosphere (consistent with the lyrical themes, which focus on various wars in history and tradition). Some seem like the dance of whirling dervishes, like infernal orgies that become so exuberant you expect the dancers to spontaneously combust before the end is reached. Yet there are rhythmic and tempo variations within the songs, sometimes long enough for you to catch your breath before the sprint begins again (for example, there’s a segment in the song we’re premiering that feels more like a march than a hell-for-leather charge). These breaks are important, but you’ll still be left breathless by the album’s end. 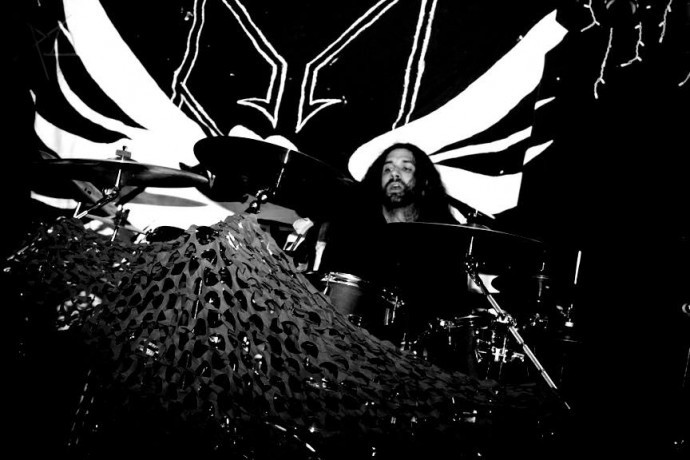 So now I come back to my opening point. I happen to be a fan of Celtic folk music, and in particular of instrumental bagpipe and fiddle music — the faster the better. And that’s the association I made in my own addled head when I first heard The Furrows of Tradition — I often thought of the wild energy of a pipe or fiddle reel. I have no reason to think that FIN were influenced by such musical traditions, and you may not make that connection yourself, but for me it’s part of the album’s appeal.

The song you’re about to hear, “Bliss Apparition of Sunlight”, is one of the most furious and warlike tracks on the album, and to show a slightly different side of the music, I’m also including below a previously released song — “Abscond As Smoke To the Sky”. Hope you enjoy both of them as much as I have.

The Furrows of Tradition will be released on June 6, 2015, by Behold Barbarity. The cover art is by Sang Ho Moon. You can find FIN on Facebook via this link, and you can catch them live at one of the following scheduled festival appearances: