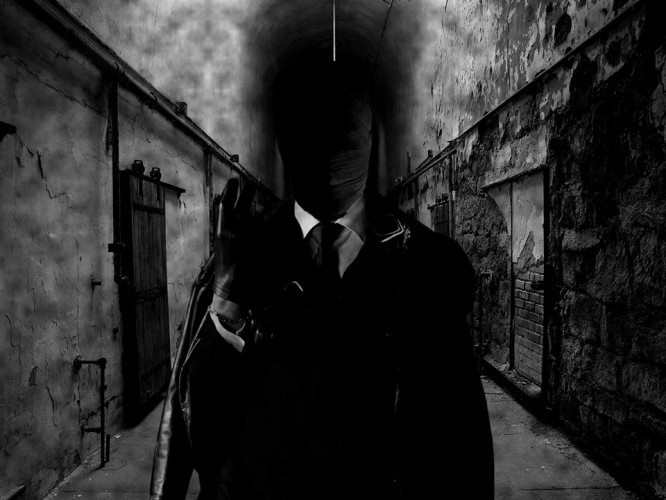 Editor’s Note: KevinP and I are sharing this post, even though he doesn’t know he’s having to share it with me. In the first part you’ll find another installment in his “Get To the Point” interview series, in which he puts a handful of questions to Lioc F., the main man behind the multinational industrial/death/drone/doom band Autokrator. And after the interview, I have a few thoughts about Autokrator’s self-titled debut album, which was released digitally earlier this year and is due for physical release by Iron Bonehead on May 29.

“GET TO THE POINT”

K:  Since you are a fairly new band, (formed in 2014) and I know nothing about your origins, please tell us about Autokrator?

L:  Autokrator was born out of the ashes of my former project, N.K.V.D.  I wanted to turn on a death-drone side for years, still with industrial influences, so I created Autokrator. And I recorded the album with musicians I was in connection with.

K:  Metal is so varied from country to country these days, so it shouldn’t really come as a surprise, but still, if someone asked me where you were from, France would not be my answer.

L:  I am the only member from France.  Other members are from Russia, Italy, UK, USA.  The importance is where your mind is, not your body.  I am not involved in the French scene, so I can’t be influenced by it. 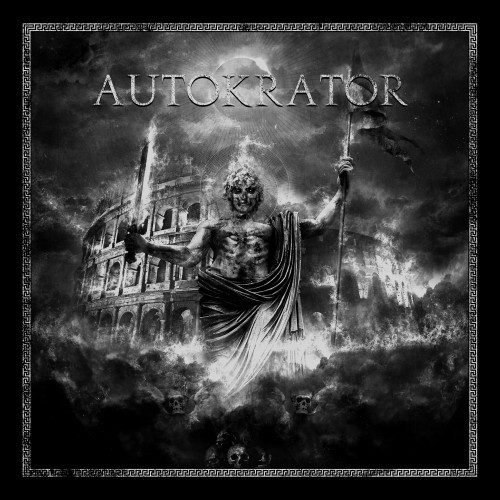 K:  For a death/drone band, you are much more varied and interesting than I was expecting when I first put on the album.  Usually I find drone overly repetitive to the point of not being enjoyable.

L:  Drone is only a part of our sound, we want the bass to make your ear crush. We are not in a drone approach, we play death metal and industrial metal.

K:   While I can definitely hear the death/industrial feel, I think the drone aspect is more pronounced (at least over the indutrial).  Your sound is so suffocating, it transcends the mere term “industrial”.

L:  Suffocating is the right term.  We tried to push every part of our music beyond the limit.  We were influenced by the concept that Nero was fiddling while Rome was burning, and we tried to put this on music.  Since we incorporate samples and orchestration, we are considered as industrial too.

K:  Iron Bonehead is well known for putting out high quality releases.  How did you hook up with them?

L:  We were looking for a solid label, and I knew that Iron Bonehead have an account on the NWN forum, so I contacted them through there.  Labels don’t have the time to answer to traditional emails.  In war you sometimes have to use dirty tactics.  Iron Bonehead liked what they heard and gave us a deal right away.

K:  Now that the album has been released, what else can we look forward to from Autokrator in the near future?

L:  I am a work addict and already started on the next record.  It will be darker, louder, and more brutal.  Listeners won’t have to see us weaken.  We’ll go further in all aspects. 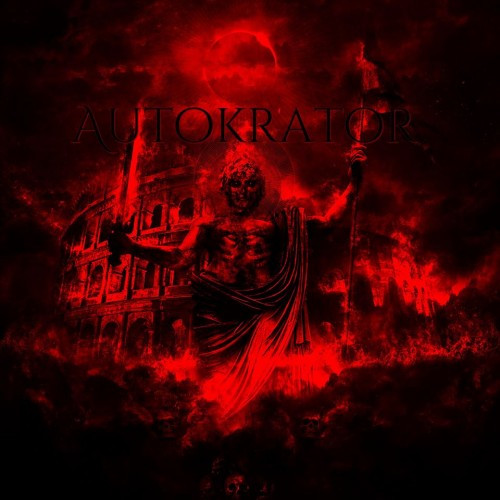 I’ll keep this review “to the point”, like Kevin’s interview.

Words like “crushing” and “brutal” seem too tame for this album. When I heard the first song on the album in March, I described it (here) as “a combination of death metal, industrial metal, and drone, a highly distorted blast of thoroughly pulverizing industrial rhythms, filthy vocal abrasion, attention-grabbing snare hits, and an atmosphere that’s something like the fire-bombing of Dresden.” Little did I know at the time that the burning which inspired the album was of Rome. At least I got the conflagration part right.

The riffing in the music is mutated with cyclonic levels of distortion. The destructive power of that black, storming sound almost overwhelms everything else (sometimes including your ability to pick out the individual riffs themselves) — but not quite. You can hear the vocalists’s tyrannical roaring, crazed howling, and gravel-throated gurgling, like caged beasts at a distance, on the verge of breaking their restraints and coming for your throat. And the drum beats are just audible enough to resonate in the reptile part of your brain and trigger that involuntary reflex that gets your head and your feet moving.

Though the mechanized savagery is almost unmitigated, it does switch gears. When it’s in full-on fire-bombing mode, the album comes across like a sonic demolition project on a massive scale, the sound of vast cities being reduced to smoking piles of gravel, grit, and bone. When the rhythms slow, one imagines the titanic grinding resonance of tectonic plates moving deep under the earth, or the slow heaving of oceans of blood. Either way, this is death metal with an emphasis on death.

I saw “almost unmitigated”, because Act 4 of this 8-Act play is the sound of a voice speaking animatedly in Italian, accompanied by the sound of martial drums and a low haze of static and droning tones. It’s a reminder that there’s a story being told, one that ends in cinders and ash.

Autokrator is coming from Iron Bonehead in May and is available on Bandcamp now.

3 Responses to “AUTOKRATOR: A “GET TO THE POINT” INTERVIEW AND A REVIEW”