Exactly two weeks ago our Norwegian friend Gorger provided us with a glowing review of the debut album by London’s Crom Dubh. Lo and behold, now we have the chance to share with you a full stream of Heimweh.

I could stop there and simply let the music speak for itself, but some of Gorger’s words of praise deserve repeating, because this album genuinely is unusual — and unusually good:

“Someone put the band in the black cubicle on Encyclopaedia Metallum. I can only acknowledge this as long as we add that the band has torn down the decayed walls to some adjoining cubicles. Crom Dubh is a band that must be heard. The music the band plays is founded in black metal, but with so much more to offer. The sound has a dirty dissonant touch, and a certain timbre that is unique in itself. The band mixes atmospheric, melodic, and folk-metallic elements, but with a complete lack of respect for genre conventions….

“The mix of elements from different styles is run cynically and tactlessly through the same rusty grinder, and comes out the other side as a mutual, rancid unit, where big contrasts are not the goal but rather a consistent product that tastes metallic on the tongue. I am mighty impressed by Crom Dubh’s debut Heimweh! A cool debut that could melt steel hearts like a blowtorch.” 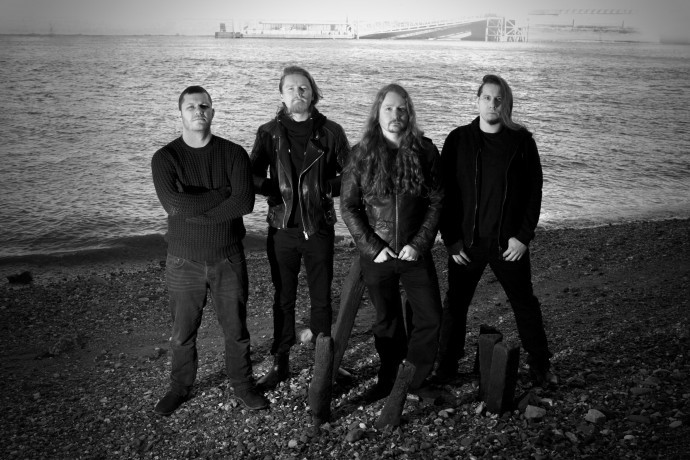 Heimweh is available now on CD and LP from Germany’s Ván Records and can be ordered at this location, and it’s available on Bandcamp as well.