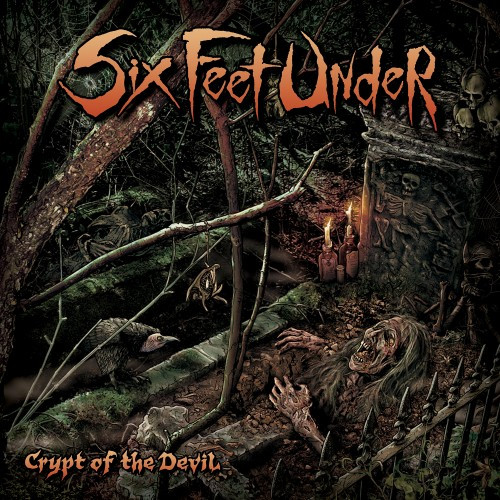 We’re premiering a new Six Feet Under song today. I’m actually not sure that 4/20 is the best date for the premiere of “Gruesome“. I was thinking that something like the birthday of Ted Bundy might make more sense.

I’m not saying you shouldn’t blaze one before listening to “Gruesome”, as long as you understand the risk of warfare in your brain chemistry — between the part of you that wants to sink into a couch and dial out for a pizza and the part, awakened by this song, that wants to skin your obnoxious neighbor with a lemon peeler and then set him on fire before he bleeds out. 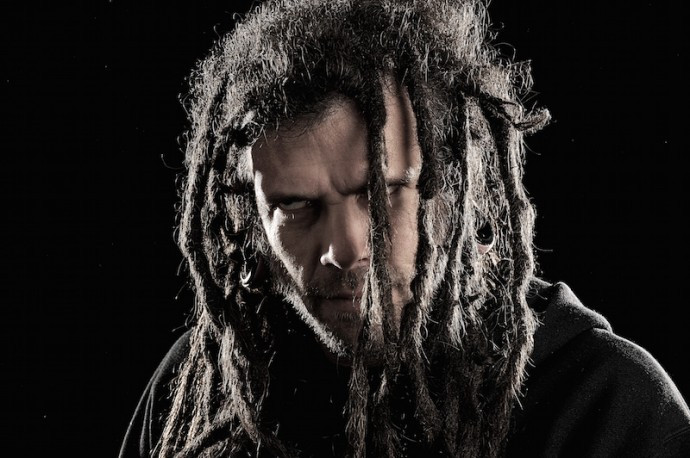 Crypt of the Devil may be Six Feet Under’s eleventh studio recording, but it also sounds in some ways like a rebirth. The songs are the result of a creative collaboration between the band’s founder and mainstay Chris Barnes and Cannabis Corpse bassist/vocalist Phil “Landphil” Hall, and what they and the rest of the band have produced is a damned potent offering of death metal malevolence.

Some things don’t change, of course. Lyrically, the new album continues to give voice to the mentality of a serial killer, and “Gruesome” is the album’s turbo-charged opening excursion in that disturbing journey.

Barnes sounds like he’s feeling the heat of the blood lust, the jabbing/drilling riffs are scalpel-sharp and vicious, and there’s enough crowbar-to-the-neck groove in the song to plow through the cranium and get stuck in the squishy part. When the band really jam the pedal to the floor in this thing and let loose a flame-throwing guitar solo, it becomes Grade-A mosh meat, too — the song is bound to become a staple in SFU’s live shows.

Following the songs, there’s some more info about the album that you might find interesting, if you’re still able to concentrate on things like letters and words after the beating you’re about to take.

A lot of experienced hands from across the country worked on this album.

The instrumental work on Crypt of the Devil was recorded at Phil Hall’s studio in Virginia. He tracked rhythm and bass guitar, while his brother, Josh Hall, tracked drums, and guitarist Brandon Ellis tracked the majority of the album’s leads.

Barnes recorded the vocals at London Bridge Studio (Pearl Jam, Alice In Chains, etc.) in his new home town — and our site’s own home base — of Seattle, Washington. We’re told that he worked in the very same booth where Layne Staley tracked his vocals.

2 Responses to “AN NCS PREMIERE: SIX FEET UNDER — “GRUESOME””