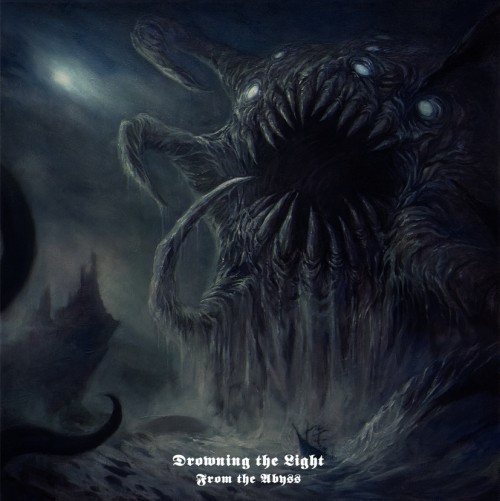 (Andy Synn reviews the new album by Drowning the Light, which is available now on Bandcamp.)

With so many quality releases coming from Down Under these days, you have to think there must be something in the water…

Actually, with this being Australia, there probably IS something in the water, and it’s probably trying to kill you / eat you / lay eggs in you… so maybe it’s not all that surprising the country’s producing some absolutely top-notch Black and Death Metal at the moment.

Drowning The Light are far and away one of the most prolific acts on the scene today, with twelve (now thirteen) full-length albums to their name, along with an almost uncountable number of EPs and split releases, each one a brilliant distillation of blackened spite and vitriol, layered with an exquisite sheen of sorrow and melancholy. 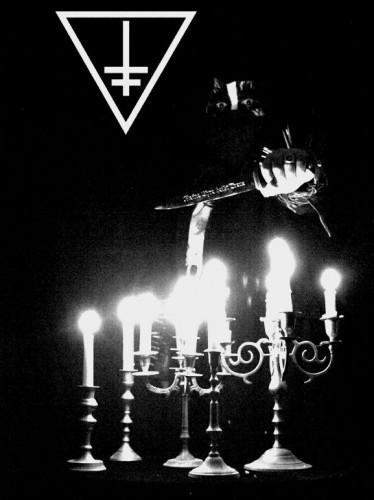 From The Abyss sees the New South Wales coven at their most bleakly melodic and hauntingly atmospheric, conjuring an ageless metallic majesty that hearkens back to the genre’s roots, laden with echoes of both In The Nightside Eclipse and The Shadowthrone, without ever feeling dated or derivative.

Largely this can be attributed to the band’s pitch-black, pitch-perfect, song-writing skills, striking a sublime balance between atmosphere and aggression, progression and tradition.

Whether it’s the stormfront assault of opener “Drink the Blood of the Sun”, the razor-keen, reverent fury of “Cursed Voyage”, or the unquestionably titanic finale of “The Inverted Ascension”, each track has its own distinct identity, its own distinctive hooks and melodic motifs, each one densely layered with touches of esoteric harmony and subtle counterpoints which add yet more depth and power.

The renewed focus on crafting an overarching atmosphere is also readily apparent as, although each track is crafted to stand the test of time in isolation, together these songs create something much greater than the mere sum of their parts.

From the desolate spell woven by “Below The Horizon He Stalks”, with its whirling tremolo harmonies and subtle threads of glimmering lead guitar, through the weeping grandeur of the title-track’s deluge of rippling blast-beats and ethereal ambience, to the  hauntingly insidious melodies that lace the god-touched and keyboard-tinged “The Return of Medieval Sorrow”, From The Abyss presents a very real, very personal darkness given musical form, its ghostly shades and phantom shadows the product of singular focussed vision.

Like a fly trapped in amber, From The Abyss seems to capture a moment in time, a frozen instant of inspiration, that seems at the same time both inviolable and untouchable, yet concealing secrets yet to be uncovered and unearthed.

The album is available from these distributors, as well as via Bandcamp (linked below):

2 Responses to “DROWNING THE LIGHT: “FROM THE ABYSS””