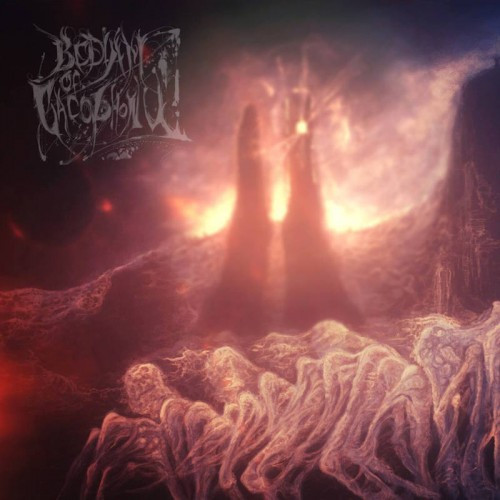 (Austin Weber introduces our premiere of a new song by Bedlam of Cacophony from Orange County, California.)

Sometimes it’s an even shittier day than usual, or maybe just an exercise in going through the motions sort of day — whatever the case, for many of us metal is a cathartic way to process these feelings and views in a positive way. So to give you a daily dose of high-voltage metallic vitamins, we bring you the premiere of a new track by Bedlam Of Cacophony, a California-based group who play a particularly nasty and frenetic form of death metal-meets-grind, executed in a highly technical way with choppy, chaotic songwriting that hints at a Dillinger Escape Plan math-y influence. 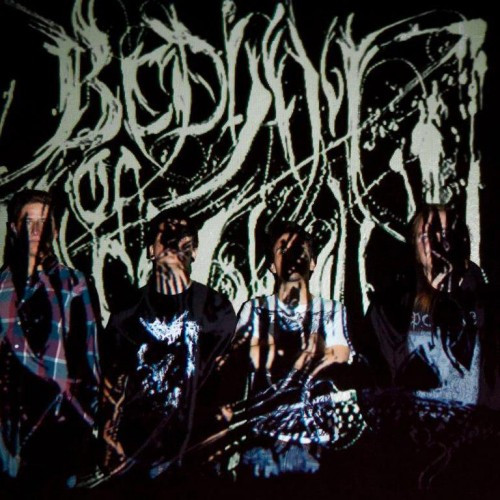 The band have been around for a number of years, although it’s been some time since they dropped their album Neuroleptic in 2011, which featured guest spots by Travis Ryan (Cattle Decapitation) and others on it. If you like the track you hear below, the band still offer Neuroleptic as a free download, and I suggest you check it out in order to further whet your appetite for their upcoming record.

I’d heard rumblings from Bedlam Of Cacophony drummer Nate Cotton (Gigan) that the band had new music on the way the last time he and Gigan crashed with me last year in Louisville. But I didn’t know anything concrete until recently when the band shared a couple tracks with me, including the fantastic one we are premiering right now called “In Frantic Search of an Answer”.

Part of the reason they are premiering a working quality pre-production version of the track is to aid in spreading the word that, as of today, they have started a crowdfunding campaign at Indiegogo to raise funds for the release of their upcoming record, Abstract Gods.

As far as what secrets today’s premiere of “In Frantic Search of an Answer” holds in store, this new aural abomination makes things clear from the onset that spastic chaos continues to be one of their specialities, even if the end result means that you may go mad trying to take in and decipher this fucked-up conjoining of technical grind and frantic death metal. The track is also replete with some groovy breakdowns amidst the sonic violence and rabid vocals that drop like a volley of bombs, inducing the desire to self-implode after being left crippled by the skull-shattering nature of the track.

Check out the crowdfunding page, I promise this is a record you’ll want to own. I’ve heard two other songs besides this one, and both of them are different and endlessly intense.

One Response to “AN NCS PREMIERE: BEDLAM OF CACOPHONY — “IN FRANTIC SEARCH OF AN ANSWER””