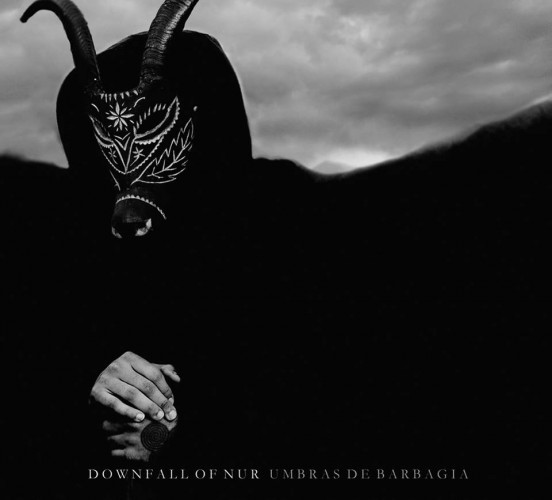 Every year I hope that there’s going to be an album/EP/artist in general that becomes the year’s big discovery, not just for me, but for our readers here at NCS.

Previously I’ve directed your attention to bands like Amiensus, Khonsu, and Ion (and I’m more than willing to take credit for Hellish Outcast as well), while other writers here have in turn uncovered such amazing bands as Progenie Terrestre Pura and Wildernessking, which have gone on to become not only personal favourites of mine, but well-deserved favourites of this site and its community as a whole.

And although I thought I’d already stumbled upon this year’s entry when I came across the debut EP by Exgenesis (reviewed here) there’s no rule saying that a year can’t have more than one big surprise up its sleeve.

Which, of course, leads us to Umbras de Barbagia by Downfall of Nur. 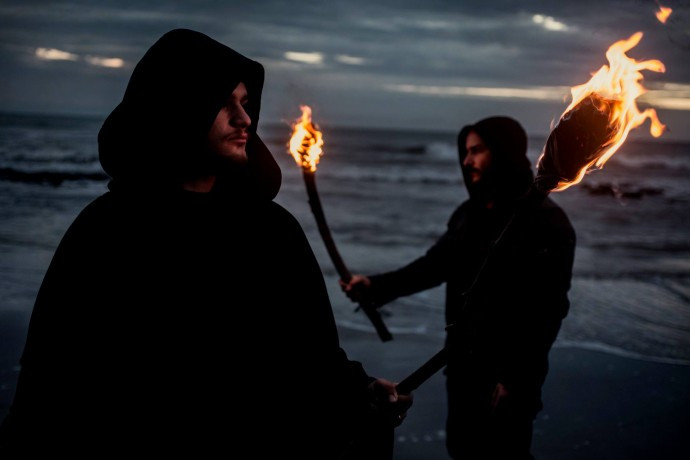 With only five tracks, yet a total length of close to an hour, you should already be able to work out that the songs on Umbras de Barbagia tend towards the lengthy and contemplative end of the spectrum, with only the slow-burning solemnity of its Cult of Luna-esque instrumental introduction daring to dip below the five-minute mark (coming in at a staid 2:35).

To hammer this point home even further, it takes until almost 4 minutes into the second track, “The Golden Age”, before even a hint of distortion appears, moving the song from the folkloric atmosphere of its opening minutes to a more doomy, metallic grandeur, whilst still retaining the subtle strands of melody established by those early bars.

It’s yet another two minutes before the first harsh vocals rear their ugly head, the song transforming into a ravaging maelstrom of sound and fury strongly reminiscent of Becoming-era Abigail Williams, where anguished screams rage and bellow over a chaotic cavalcade of buzzing, clanging Black Metal riffs and a deluge of frenzied, splintering drum work.

Over the course of its almost 18-minute run-time the track moves seamlessly from savagery to serenity, ebbing and flowing in tidal swells of mood and melody, might and majesty, blending gloomy blackened ferocity and gloaming twilight ambience with a power and grace that’s utterly spellbinding.

It’s one of the finest and most captivating tracks that I’ve heard all year… in fact it’s so good that it almost overshadows the rest of the album.

Almost, but not quite. 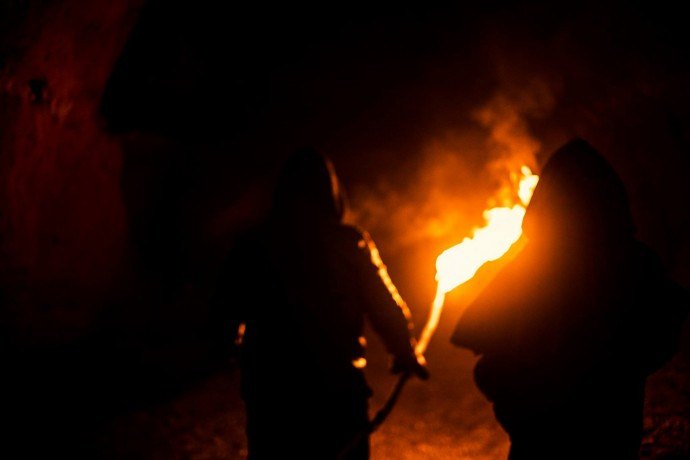 You see, each of the remaining four tracks, “The Downfall of Nur”, “Ashes”, and “Umbras de Barbagia”, manages to offer its own compelling variant on the band’s reverent, folk-tinged Black Metal muse, cultivating a seemingly effortless balance and harmony between sombre melody and metallic catharsis.

“The Downfall of Nur” begins as a more instantaneously visceral piece of pitch-black agony, before dissolving into a desolate and doom-laden progression of haunting, ambient atmospherics, dreamlike, drifting drum patterns, and glimmering , ebony strings, all of which build to a storm-lashed conclusion of torrential riffage and howling, near-wordless, vocals.

The vehement eruption that sparks “Ashes” into life soon gives way to a procession of even darker, doomier riff-work, replete with a bevy of crashing chords and coldly melodic trills, which weaves its own hypnotic glamour over the listener with every patient, mesmerising cycle. The song’s lengthy, evocative mid-section opens out into a vast and seemingly unbounded void of silence and solemnity, warmed by the glow of flickering, celestial melodies and the slow, pulsating heartbeat of the drums, slowly but surely reawakening from its slumber until it ignites in an exhilarating crescendo of blazing power and blackened majesty.

The ten-minute title-track, “Umbras de Barbagia”, again strongly recalls the seamless blend of torment and tranquillity achieved by Abigail Williams on Becoming, particularly in the way that the calm, almost desolate beauty of its opening minutes is eventually inundated and subsumed by waves of coruscating fire and fury, scalding riffs, and scathing blast-beats scorching the earth beneath an ever-present shroud of loss and despair.

This track serves as the album’s finale, its final denouement, and from the half-way point it builds steadily – from a contemplative, funereal mid-section of winding bass-lines and sorrowful, piping melodies to a truly blinding climax of howling aggression and heart-rending emotion.

Fans of Drudkh, Kroda, Agalloch – as well as the aforementioned Abigail Williams – take note. This is one album which demands your total attention and total immersion, one which rewards patient dedication far more than a desire for instant gratification, and whose gorgeously melodic and atmospheric nature is matched only by the raw power and unparalleled emotion which drives it at its heart.

Give it the time it deserves. I promise that you won’t regret it.

EDITOR’S NOTE: This is indeed our first thorough review of Downfall of Nur’s music, though I did become rapturous about it at the end of a February post that began on a completely different subject. Listen to the new album below.