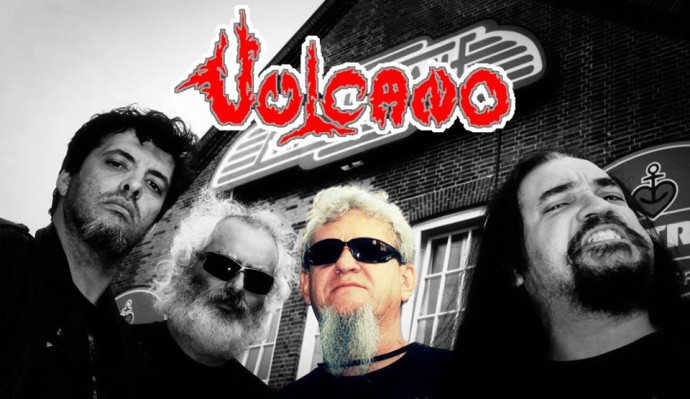 I was extremely fortunate to have been granted an interview with founding guitarist, Zhema Rodero.

Derek: Hi Zhema! Thank you very much for granting me an interview! Vulcano’s last studio album, Wholly Wicked, was released in July of 2014. I read that there was another release scheduled for last year titled The Awakening an Ancient and Wicked Soul, but I haven’t been able to find any other information about it. Are you still planning to release that album? If not, do you have a new studio album planned for 2015?

Zhema:  Hi Derek! Yeah! We released in 2014 Wholly Wicked on a CD version in July, and three months after that we released our second live album, titled Live II – Stockholm Stormed, recorded in Sweden in 2013. This album is only in a vinyl version and limited edition. We announced a third release for 2014, an EP The Awakening an Ancient and Wicked Soul. It was recorded, mixed, and mastered in October 2014, but it has only 20 minutes and most of the labels and recording companies weren’t interested. So, I decided to compose 3 more songs and to release it as a 12″ LP, just for fans.

Last April 12th VULCANO did a gig here in Santos, our base, to commemorate the 30th anniversary of our important live album from 1985. On this occasion, we invited Angel, the singer on that album, to sing the entire album and we presented the EP The Awakening an Ancient and Wicked Soul for the first time to the fans. It was awesome, because those compositions are very good. Finally, I think in the next three months we’ll get to put out this album. About a possible 2015 album, I don’t discard this possibility because I already have many songs composed. 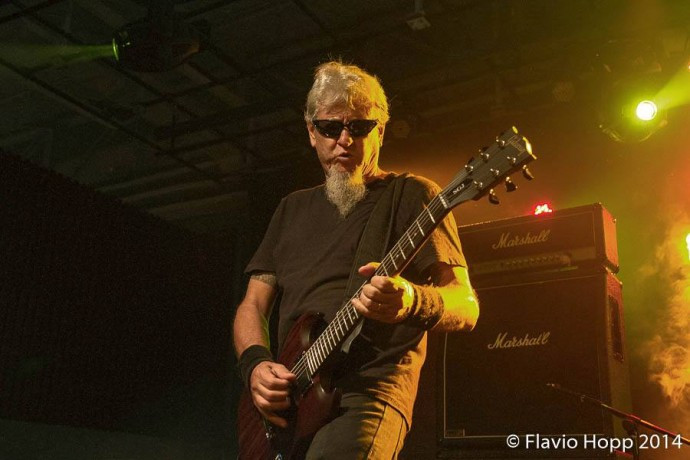 Derek:  Can you tell me a little about your songwriting and recording process in Vulcano? Do you have a primary songwriter or songwriters? Do you work up complete songs before going into the studio or just the rough structures? Where does your lyrical inspiration come from?

Zhema: I’m the unique songwriter, not because of egoism, but because I think the band must have a central line where all the other musicians should go into. Our method of writing songs is to create a rough structure with beginning, middle, and end, so I write the score of the songs and call Arthur, the drummer, and together we go the recording studio. I am crazy interested in reading, and I really appreciate reading Philosophy and Occultism, so for me it’s not a problem to get the subject matter.

Derek: Vulcano will be performing at this year’s Maryland Deathfest. Is this your first time performing in the USA? Is there any chance that you’ll be doing a full tour of North America in the near future?

Zhema: Yes, it’s our first time on American soil and we are very excited for this, but this time will be an exclusive show. Maybe in near future we can organize a tour, but I must to say you that the taxes to get a work visa is very, very hard!

Derek: Vulcano has been conjuring up excellent death metal albums since 1986, but I’ve been hearing much more about the band over the last couple years. Do you think this increased interest in the band might be credited to the internet providing metalheads more access to music around the world?

Zhema: Yes, of course! A large part is due to this fact, but I think the ransom for the less polished and less virtuous music also is a fact. The Metalishers are tired listening to very precise picks and triggers on the drums that make it all boring, I think.

Derek: It’s been said that Vulcano was one of Brazil’s first extreme metal bands and had a great influence on the bands that followed, one of those being Sepultura. How does it feel to be a part of that legacy? Who were some of your influences in the early days?

Zhema: Yes I think it’s an honor to have this recognition. When I was younger, in the beginning of the ’70s, my favorites bands were the South American Bands and bands like Grand Funk Railroad, The Doobie Brothers, Alice Cooper, Three Dog Night, etc. But when I found out about and listened to Black Sabbath, they became my heroes, and later Motörhead won my heart. So I can say to you that those two bands influenced VULCANO in the beginning. 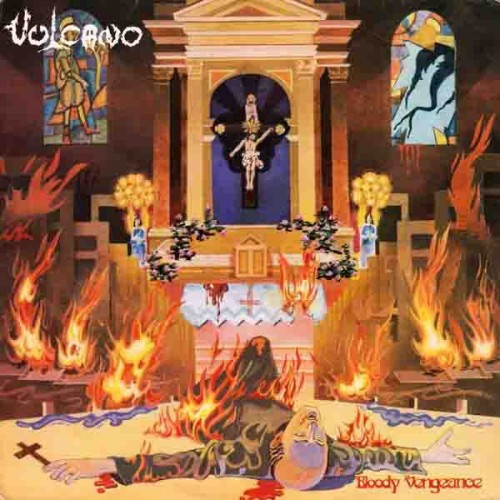 Derek: We’re coming up on the 30th anniversary of Vulcano’s debut album, Bloody Vengeance. Looking back, what are your thoughts on that album?

Zhema:  I always thought that Bloody Vengeance was a watershed mark in the history of extreme music here in South America. It has a writing style that no one was doing at that time and so it became “cult”. I only had a vague awareness of this album’s influence, but when I was in Scandinavia in 2009, there were numerous stories that important musicians of current bands told me about their first impressions when they heard Bloody Vengeance for the first time.

Zhema:  My first guitar was a Brazilian brand “Giannini” Stratocaster model and my first bass too. I saw Alice Cooper on 15th April of 1974. It was the first international heavy music here in Brazil. Pluribus of Grand Funk Railroad in 1971, an imported album and very expensive for me.

Derek: Thank you so much for taking the time to answer my questions, Zhema! I hope you have a blast at Maryland Deathfest and I hope I get the chance to see Vulcano in concert sometime soon!

Zhema: I must thank you for this opportunity to talk about VULCANO and tell you that I really appreciate your questions. To all readers, feel free to listen our three latest albums and check out our live performance on the Live II – Stockholm Stormed recording.

Listen to “Dominions of Death” and “Ready to Explode” from the album VULCANO — LIVE II – STOCKHOLM STORMED! And then stream WHOLLY WICKED!