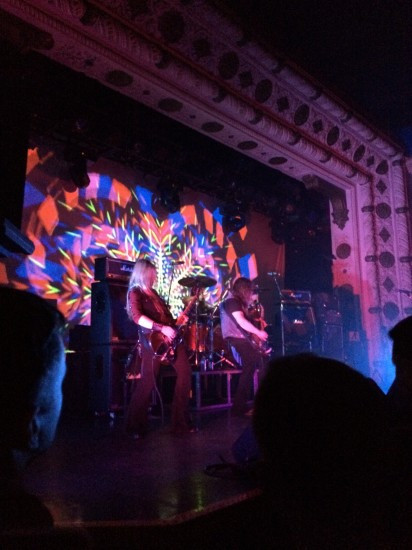 (Electric Wizard recently completed their first North American tour in over ten years, and Leperkahn caught their show at Chicago’s Metro on April 7. He provides these thoughts and photos of the event.)

I feel like I should start this off by saying that I’m really sorry that this is three weeks late. This school might have it in for me, but every once in a while I try to stick it to the man by neglecting work to do things like write this review.

Electric Wizard recently rolled through Chicago, as well as quite a few other cities across North America, bringing Satan’s Satyrs along as support. Unbeknownst to me at the time they announced the tour, this was the first time they had toured North America, barring a performance at MDF 2012, since 2002. This may explain why the Chicago show, as well as quite a few others, sold out quicker than I would’ve expected (granted, I’m used to a San Diego turnout, where almost nothing will sell out in advance, and you can comfortably buy a ticket for a show the day before).

Luckily, various backroom dealings and encounters with the reptilian illuminati overlords allowed me access into this show, which took place at the Metro, a nice little theater just steps from Wrigley Field. Accompanying me was a friend from UChicago who was much more proactive and responsible in getting her ticket than I was. 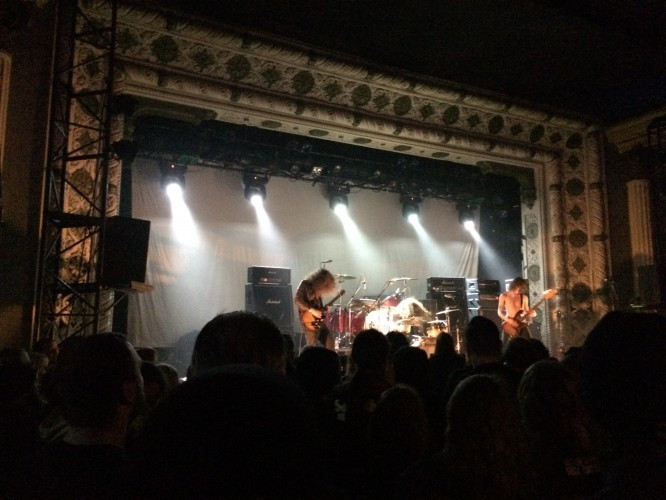 For various reasons I don’t remember, on account of it being three weeks since this concert, we weren’t able to make it on time to catch the majority of Satan’s Satyrs’ set (I’ll blame my constant inability to accurately calculate how long transportation will take, whether it’s in my car back in San Diego or various branches of the CTA here in Chicago). Nevertheless, I was able to catch the last song or two of their set, which was enough for me to grab a few photos and realize my mistake in being so late:

Dudes brought some serious grooving energy to their set, with bassist/vocalist Clayton Burgess (now also bassist for the headliners, and thus doing double duty each night of the tour) leading the way with a voice that sounded straight out of 1973.

After the show I was able to grab their new record, Die Screaming, after first waiting in line for EW’s merch in vain, and can confidently say that after spinning it a few times since this show, it’s definitely worth your time. 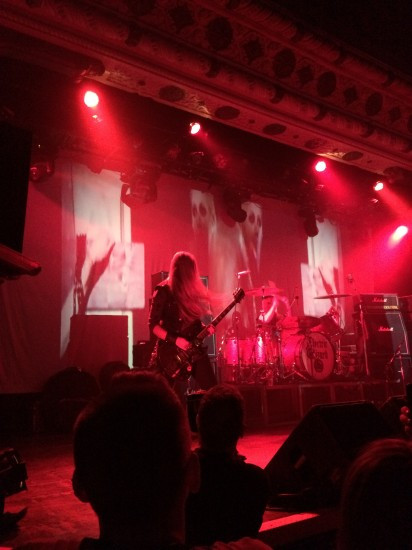 After a nice conversation with a random dude next to us, we finally came to the Wizard’s set, inaugurated by the massive riffs of “Witchcult Today”. Having just caught the Decibel Magazine Tour the day before, my ears were already in a less-than-ideal state, and Jus Oborn and Liz Buckingham’s massive Marshall-driven tone left me feeling the fluid in my ears sloshing from side to side (don’t worry, I can still hear as of now – no guarantees for the future though).

Projected behind the band were various compilations of ‘70s occult films and footage – more or less, the clips you’ve seen in about 80% of doom metal music videos from the last few years. Though their set understandably included a few selections from Time To Die, there was a surprising amount of Witchcult Today on display – though, I suppose this is the first time most US audiences could’ve heard any of these tracks — along with Black Masses.

That said, some classics were still mixed in – namely, “Return Trip” from the second album, and veritable classics “Dopethrone” and “Funeralopolis”, the latter of which closed out their set. 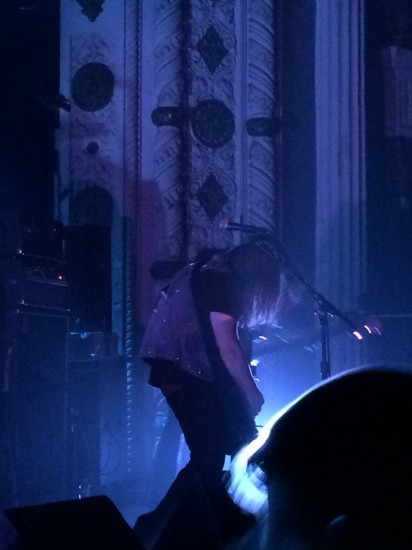 Though the experience, as well as the extenuating circumstances of having come from the aforementioned dB tour the night before, as well as a weekend jaunt to visit my sister in Boston the weekend beforehand, left me positively drained of energy, sore as a football player on Monday morning, and near-hopelessly behind on work, I can confidently say that I knocked an important band off my concert bucket list three weeks ago.

It seems that they don’t tour here very often, but if you ever get the chance, I’d strongly advise you to catch these guys. It’s an entrancing experience you won’t forget.