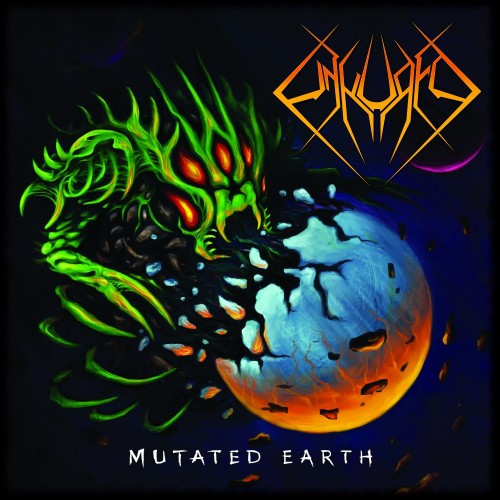 The Ohio triumvirate known as UnKured self-released their second album Mutated Earth in limited distribution last fall, but since then Sliptrick Records signed the band and are giving the album the worldwide release it deserves. Beginning tomorrow, the album will also become available for digital acquisition via Bandcamp. But today — today you will have the chance to hear the album on this very site, in this very post, and discover for yourselves what it has to offer.

And what it has to offer is an invasion from extraterrestrial forces bent on seizing control of the neurons in the pleasure centers of your brain — and burning out all the rest.

You could say that UnKured are a thrash band, but that would be like saying a cheetah is a cat. It’s true, but it doesn’t tell you nearly enough about what’s coming after you. The music is fast as greased lightning and just as electrifying. It’s fueled by a flurry of constantly changing riffs and a pinpoint rhythm section. The technical skill of all the performers is genuinely impressive, and there’s a flesh-scraping howler behind the mic. But that still doesn’t tell you enough. 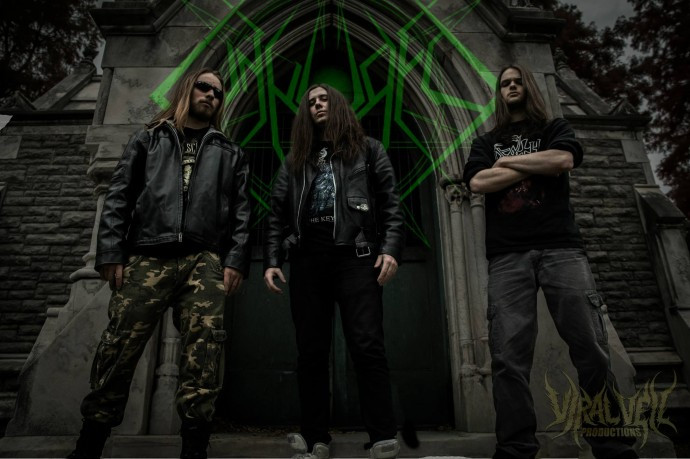 What really sets UnKured apart from the vast herd of new-century thrash bands, apart from their tremendous technical skill, is their ambition and their imagination. They aren’t here to re-tread a well-worn style. Each song takes off on sharply veering flights of progressive exuberance, twisting and turning with seemingly wild abandon. The tempo of the music is in constant flux, and the technical flash of the fretwork and the percussive assault ranges from the head-spinning to the jaw-dropping (there are guitar solos in these songs that will burn off your eyebrows and eyelashes).

This is the kind of thrash that will appeal not only to fans of bands like Vektor but also to devotees of technical death metal bands like Deeds of Flesh and Spawn of Possession. It’s also the kind of music that should appeal mightily to fans of late-stage Death. It’s vicious, it’s turbocharged, it’s explosive, it’s ridiculously intricate, and it’s chock full of surprises.

Well, enough with the adjectives and accolades. Mere words really aren’t up to the task of capturing the music anyway — you have to hear it to believe it. Strap on your seatbelt and shoulder harness, get your crash helmet on, and listen below…