We’ve had a very busy day at our site, but I didn’t want to sign off on this May the Fourth (be with you) without recommending three new songs, two of which come with videos. Two of these are also instrumental tracks and the third involves a lot of clean singing — and so you know I really like them, because these kinds of songs tend to be rarities around here. I hope you enjoy them, too.

Tempel’s new album The Moon Lit Our Path has been very high on my list of eagerly anticipated 2015 albums, in light of how very much I enjoyed their debut album On the Steps of the Temple. I got even more excited when I saw the album’s cover art by Lucas Ruggieri. And I have to say that, somehow, I’m now even more excited after listening to today’s premiere of a song named “Carvings In The Door”.

Tempel have again proven their talent for creating multi-faceted music that’s heavy as hell and galvanizing in its energy without benefit of the human voice. The song alternately stalks like some great fanged beast and then attacks in a blizzard of clawed riffs and punishing blast beats. It includes riveting, somersaulting drum progressions, electrifying lead guitar harmonies, and plenty of jolting grooves. It’s both head-spinning and spine-jarring. With music this good, who needs a growler behind the mic?

The Moon Lit Our Path will be released by Prosthetic Records on June 16 in North America, June 15 in the UK/EU, and June 19 in Germany. Pre-orders of the album on CD, gatefold 2LP, and related bundles are available here. The album is also available as a digital pre-order at iTunes and Bandcamp — and those come with an immediate download of this striking new song. 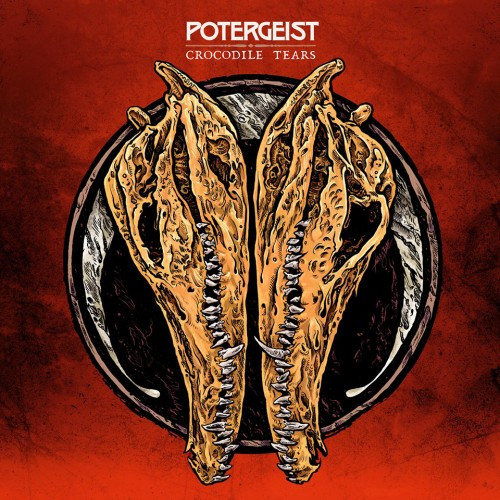 Potergeist are a Greek band I’ve written about before, and I’ve been thoroughly enjoying their new album Crocodile Tears, which is due for physical release on June 1 via G.O.D. Records (Garden of Dreams). Today the band premiered a video for the album’s title track, giving me an excuse to sing their praises again.

The riffs in this song will beat you in the head until your skull fractures, and the hooky melody will then take up residence in there along with your skull’s quivering fleshy contents. But although the song is a headbanger’s delight (and another fine example of the band’s swaggering, swampy rock), the highlight is once again Alex S. Wamp’s vocal performance. The dude’s got a flexible voice with a lot of range, capable of growling and hitting soulful high notes like an arrow in the bullseye.

The video was filmed by Sergio Ko and edited by Konstantinos Tsichritzis.

The entire album is now available on Bandcamp, and I’ve included the album stream after the video (the embedded stream only includes samples — visit the Bandcamp page linked below to listen to the songs in their entirety). 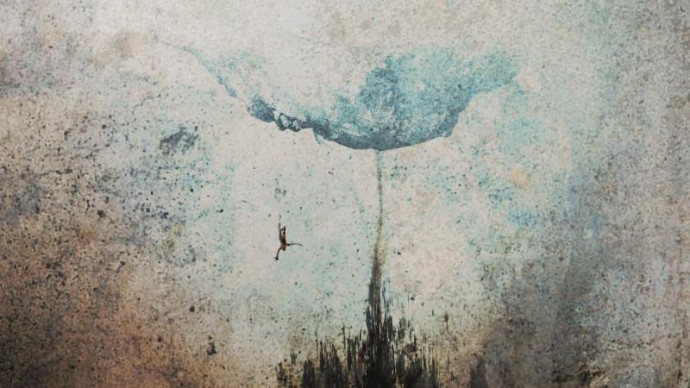 Earthside are a progressive instrumental metal band from Connecticut who have recorded a debut album named A Dream In Static, working with David Castillo (Bloodbath, Katatonia) at Fascination Street Studios outside Stockholm. Late last week they debuted a single entitled “The Closest I’ve Come”, and I finally caught up with it this morning.

The song is an effective blend of light and dark, heavy and shimmering, astral and earthy. Bright guitars glint like sunlight on water over the top of big riffs that jab, pound, and grind like corroded gears, all of it driven by syncopated drum rhythms that will get heads nodding. The song also includes a cool guitar solo that’s part bluesy and soulful, part ethereal, as well as funky bass beats and pulsating electronics. Cool song.