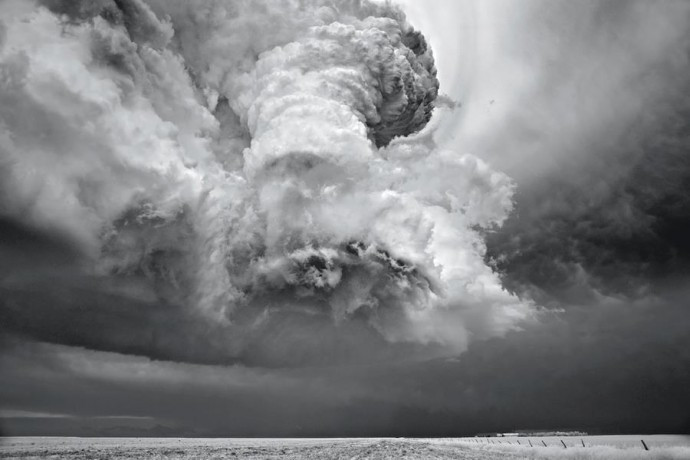 (Storm clouds have been building in Andy Synn’s mind, and now comes the downpour in this opinion piece.)

Human beings are storytellers. That’s undeniable. It’s part of our nature. We construct stories around our world in order to make sense of it.

Whether consciously or unconsciously we’re always constructing some sort of narrative, putting the pieces together in a way that allows us to get a grasp on things.

And it happens in music too, both in obvious and more subtle ways.

The images, the artwork, the photos and promotional materials, that a band utilise are all a key part of telling their story. To my mind the very best bands are the ones who realise that although the music is the most important part, it’s also not the only part of a band’s existence. The individuals involved, both on their own and as a unit, and the way they present and promote themselves as a band can also have a big influence on the way that their music is received and perceived by its audience.

So, despite what you may have heard, image is important. Sometimes. And sometimes it’s not. Like most things, it’s never actually that clear cut. It’s not a simple Good/Bad dichotomy.

Certainly when a band becomes obsessed with its image over the content and creation of its music, then I think we’d all agree to label that as “Bad”. But there are ways in which a strong, provocative (even controversial) image can enhance the music, and the story that’s being told.

Because the music, the images, the words… they’re all part of the narrative. And they can be used (or misused) in conjunction by a band to bring people into the mindspace to appreciate their music as it was intended.

Granted, that’s not always the case. Some bands have absolutely no interest in promoting any image at all. And some bands adopt whatever image is fashionable at the time (not naming any names). And some sorts of imagery are so intrinsically associated with a particular genre (for example, Black Metal) that at times they’re almost too restrictive. There’s a balance to be had (as with all things) between creating the right atmosphere, and hammering it home in a blunt fashion.

But these are the obvious ways in which bands create a narrative for themselves. Building up the images around the music in such a manner so that the audience all builds up the right sort of story, the right sort of reference points, without having to be explicitly told.

But there’s other ways, too. And one in particular which I want to focus on.

You see, as a necessary evil, features and interviews are key ways a band can use to reach fans, and to construct and control a narrative about themselves. Whether it’s by crafting some sort of mystique around themselves by focussing on their occult and spiritual background, or focussing on their political ire and antagonism, or simply hammering home their sincere love of metal and all that it stands for, bands can build up an impression of themselves which serves, or hinders, the narrative of their music by how they present themselves in the media.

But there’s a dark side to this, as I’m sure you’re all aware.

Both the bands themselves, and the media, often have a vested interest in presenting a certain narrative, a certain sequence of events or alternate history, in order to sell albums/magazines. And this isn’t intrinsically a bad thing. I want the bands I love to sell records and do well. And I understand the role of the media in facilitating this. Heck, to an extent I’m a part of that process myself. But it’s often abused and misused in ways that I find… questionable, at best.

For instance I’ll always remember a certain metal magazine taking great steps to present a particular, rather mainstream, band (who will also remain nameless) as “legit” to its readers by playing short, carefully selected clips of their music to more credible/respected musicians and acts, and then proudly trumpeting the rather stock soundbytes that resulted as “proof” that the band in question were credible and awesome because… obviously… all your favourite bands are big fans too!

Now the band in question were/are rather successful indeed, and it was clear that the magazine knew that the more they could present them as “legitimate” to metal fans who might see them as too mainstream, the more they could justify having them on the cover… which in turn would translate into more sales for both the band and for the magazine. It was a vicious cycle, self-sustaining and self-perpetuating.

But, in doing this, the magazine in question were creating their own narrative about the band. They’d decided to create a story, and then report on it. And this just doesn’t sit right with me.

It’s not just the media that engages in these more… questionable… forms of subtle thought-control either. Bands do it, too.

Sometimes it’s relatively harmless. After all, it became something of a running joke about how many times Robb Flynn would refer to Rush in his interviews. We get it. You like Rush these days.

To be frank though, as much as he tried to get people thinking about Machine Head and Rush in the same sort of headspace (again, subtly directing the way people might receive the lengthier – arguably somewhat bloated – songs that have become the band’s trademark these days), while dropping in a few Master of Puppets references now and again to boot, his honest enthusiasm for the Canadian prog-masters was enough to at least mitigate the rather obvious attempt at media manipulation he was engaged in.

But there are more egregious examples out there.

I’m sure we’re at least all peripherally aware of the tendency of certain bands – Bullet For My Valentine, Bring Me The Horizon, and All That Remains immediately spring to mind – attempting to justify their transition towards the mainstream with quotes like “we were never JUST a Metal band” or “we just care about making good music”, in a manner that’s simultaneously insulting towards fans who might, you know, actually like and value Metal as an artform, as well as oddly defensive in itself… just because you can’t, or don’t want, to make it work as a Metal band, doesn’t give you the right to denigrate the whole genre and pretend like “selling-out” is actually an “artistic decision”.

The thing is, I actually have absolutely no issue with a band finding mainstream success, selling records, and doing well. But this sort of thing? It’s manipulative, it’s dishonest, and more than a little insulting. And I have far more respect for bands who are honest about their pop aspirations than I do those who try to evade and equivocate and pretend otherwise.

Granted, it can be an artistic choice. There are lots of bands out there who naturally moved in a direction that was more melodic, or more accessible (or both), whom I still like, and several bands whom I like more when they went that way (Sentenced immediately spring to mind).

But I find that it tends to be the bands who trumpet the loudest and proudest about their “daring new direction” who are the ones with little new to offer. After all, going “pop” is definitely a choice any artist is free to make, and many of the artists I’ve mentioned have been extremely successful doing it… just don’t try to sell us the story that it’s something new or innovative, ok?

Perhaps the most prominent example of a band clearly taking calculated steps to restructure and alter the narrative around their albums, however, is the sleight of hand trickery practiced by Metallica and their vast multi-media machine, whose seemingly endless quest to ensure that the band’s “brand” remains untarnished means that they’re going to greater and greater lengths these days to confuse, obfuscate, and downright deceive people as to how many of their records have been received.

Whether it’s the always shy and retiring Lars Ulrich claiming that the execrable Lulu is in fact a misunderstood masterpiece, while casually invoking the old “Oh, if people don’t like it, it’s just because they don’t *get* it” defence (also, note how he tries to twist the album’s failure into some form, any form, of success in a piece of classic Orwellian double-think):

“Twenty-five years from now, you’re going to have millions of people claiming they owned the record or loved it when it came out, of course neither will be true… In some ways it’s almost cooler that people didn’t embrace it, because it makes it more ours, it’s our project, our record, and this was never made for the masses and the masses didn’t take to it. It makes it more precious for those who were involved.”

Or whether it’s Bob Rock’s unsolicited comments about how apparently such icons as Jimmy Page and Jack White couldn’t wait to tell him how St. Anger is their favourite Metallica album (which, by the by, doesn’t actually make it in any way a better album, it just makes me question the taste of Mr Page… while dragging Jack White’s name into the mix simply makes Rock sound like a man desperately clutching at critical straws), the media-machine that the band, and all those hooked into it, have become, is engaged in telling a retroactive story, using the present to alter the past.

It’s actually a common politicians’ trick – waiting several years until the initial backlash has subsided, then banking on fading memories and a carefully targeted dose of confusion and conflicting information to alter people’s perceptions.

In Metallica’s case whether it actually results in any more of these albums being sold is inconsequential. It’s not about that. And it’s certainly not about the actual quality of the music. Like any business, it’s more about protecting the “brand”, and ensuring that the RIGHT story is told, than it is about whether that story is actually true.

History is always written by the victors, after all.

So just remember, next time you click that blog or open that Metal magazine looking for some suitably pleasant reading material and (supposedly) innocuous info on your favourite band/s…

YOU ARE BEING LIED TO

YOU ARE BEING MANIPULATED

YOU ARE BEING SOLD A STORY, CAREFULLY DESIGNED TO SERVE A SPECIFIC PURPOSE

6 Responses to “CONTROLLING THE NARRATIVE”