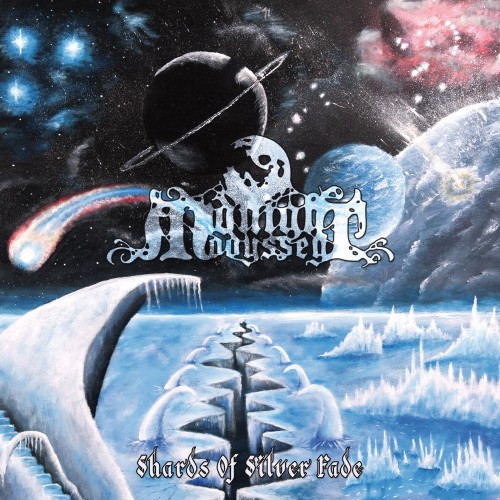 The song is more than 18 minutes long, one of eight in a double-album release that includes more than 2 hours and 20 minutes of music. It fully merits the adjective “immersive”. It’s a sweeping celestial voyage of shimmering ambient sounds, galvanizing rhythms, melodies that tug at the heart, and an array of vocal expressions that are all mesmerizing.

The emotional tone of the piece is by turns sombre and uplifting, a monument to both the majesty of melancholy and the glories of hope and triumph. It has the nature of an astral voyage far out beyond the confines of gravity, alternately flowing in a slow cosmic drift and bursting into life as galloping drum and bass rhythms hit their stride.

Apart from the entrancing sweep of the melodies, the song’s great strength lies in sole member Dis Pater’s voice. His clean vocals span an impressive range, from pure, clean, impassioned song that arcs skyward to deeper, moodier intonations, and at carefully chosen moments he breaks into a scarring black metal rasp that’s just as emotionally affecting.

What Dis Pater has said about the album as a whole is a fitting commentary about this song as well:

“It is exactly like finding a place in the universe, being given a spiritual connection with everything around you, making you feel alive and very much part of the existence around you. But making you feel somewhat important too, and not just another speck of dust.”

Shards of Silver Fade is scheduled for release by the remarkable I, Voidhanger label on June 8, 2015. The track list is as follows:

And now here is “Starlight Oblivion”. Close your eyes, open your ears and your mind, and prepare to be carried away.