The song is “Beneath Broken Earth” and it appears on the band’s forthcoming album The Plague Within, due for release on June 1 by Century Media. The video was directed by Ash Pears. Here’s a quote about the song and video by the band’s guitarist Greg Mackintosh (who we hope has recovered from his recent mishap on stage in Seattle with Vallenfyre):

“The slowest song we have ever recorded. ‘Beneath Broken Earth’ is utter, old school Paradise Lost doom/death song and doing a performance video with our miserable, old faces barely moving in a crappy, old basement was too much to resist. The director Ash has done a great job of capturing the sombre mood and has managed to make a performance video we can actually be proud of.”

Perhaps Greg Mackintosh’s sojourns with Vallenfyre and Nick Holmes’ time with Bloodbath pulled them backwards in time, because this song is indeed a goddamn crushing, glacial slab of doom/death, soaked in misery and absolutely massive to its core. By my lights, it’s the best thing they’ve done in a very long time.

The new album can be pre-ordered here. 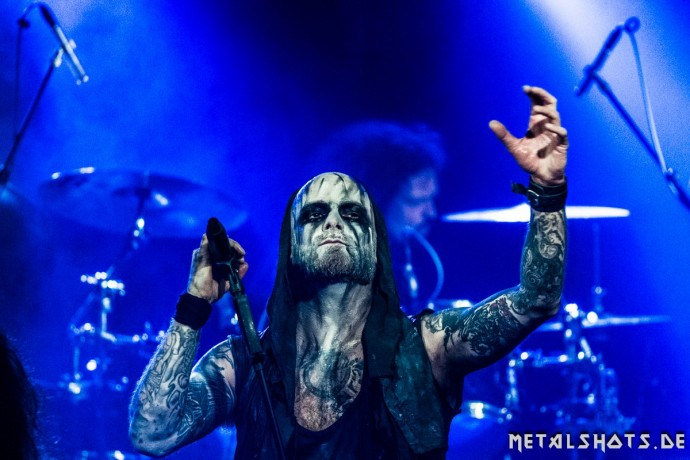 When I compiled my unexpectedly truncated list of 2014’s Most Infectious Extreme Metal Songs, I included the title track to Primordial’s album Where Greater Men Have Fallen. I acknowledged at the time that on a different day I might well have chosen a different song from the album. The song I might well have chosen was “Wield Lightning To Split the Sun”, and yesterday Metal Blade released a video for that very song. Here’s a quote from the band:

“‘We Wield Lightning Before The Sun’ has become an important song for us, the dramatic album closer has become something of a natural call to arms that people have really taken to their hearts. The video is a mixture of live outdoor footage shot at the Sonnenwende festival in Austria mixed with indoor footage from this years Blastfest in Bergen, Norway, all cut by Costin Chioreanu who also made the artwork for the last album. A hymn to the animal in man that needs to be exercised not exorcised!”

This video is extremely cool, and if this anthemic song doesn’t melt your heart then you need to come in out of the snow. 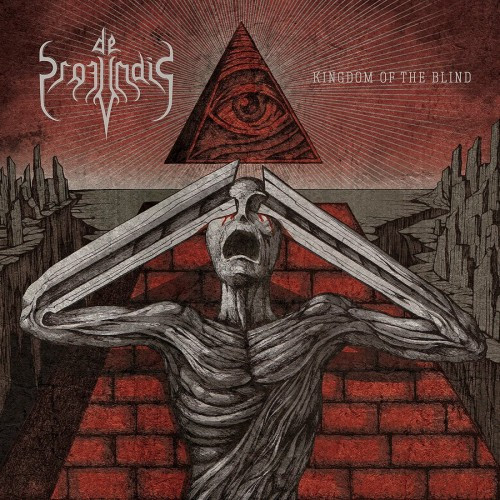 For the final new song in this collection I chose somewhat randomly: The very talented Costin Chioreanu was involved in the making of that Primordial video and he created the cover art you see above for the new De Profundis album, and so I picked the song premiere from that album to close out this post. Of course I also picked it because the song is really good.

The new album, which is this London band’s fourth, is entitled Kingdom of the Blind and it’s scheduled for release on September 28, 2015 (man, that’s a long time to wait!) by a relatively new label named Wicker Man Recordings. The song is “Kult of the Orthodox”.

While the first two songs in this post were slow and crushing, “Kult of the Orthodox” is up-tempo — and crushing. It rumbles like a massive tank attack, with a grim but memorable melody slithering through the grinding gears and the oily, belching fumes. The vocalist’s deep, gravel-throated proclamations are pleasingly monstrous, and the piercing guitar solo is excellent. A fine piece of slaughtering sound, with different facets that unfold as the song proceeds along its destructive course.