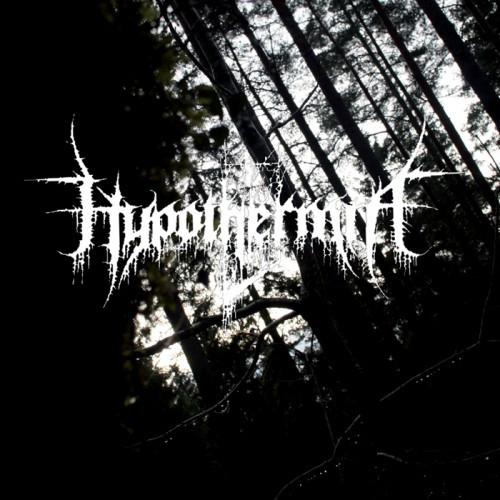 Sweden’s Hypothermia began as a two-man collaboration more than a decade ago, but has now expanded into a three-person force consisting of vocalist/guitarist Kim Carlsson (Kall, ex-Lifelover), drummer Richard Abrams (Sitra Ahra), and guitarist Hans Cools (Kilte, Trancelike Void). The band’s fifth album, Svartkonst, which features a guest appearance by violinist E.B., will be released on May 15 in Europe and May 19 in North America by Agonia Records, and we will now give you a chance to hear the album in its entirety.

Each of the five songs on Svartkonst stands quite well on its own, each one with its own personality and pallet of emotional colors, but the album is more than a collection of individual songs. The overall effect of hearing it from beginning to end is greater than the sum of the individual parts. It builds an enveloping atmosphere that induces introspection, memory, imaginings of places not visited, and maybe even of lives not yet lived. 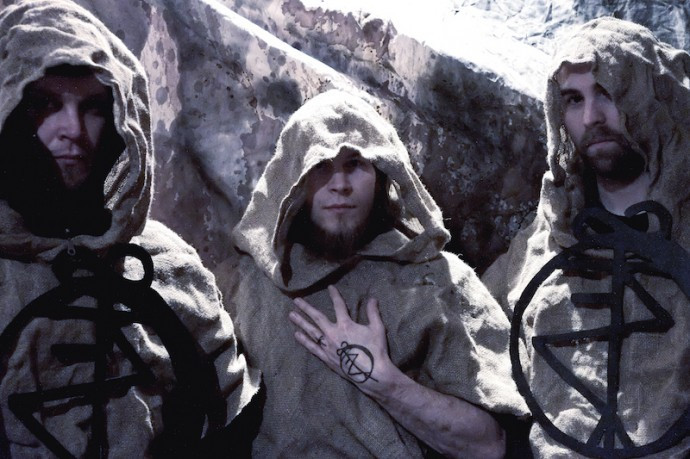 The music is often spare, usually consisting of nothing more than isolated guitar chords and notes and the slow rhythmic thump of the drums. At times it becomes grindingly heavy (when it rocks, it rocks hard). It’s sombre and depressive much of the time, even despairing at moments, both meditative and melancholy — yet’s it’s also strangely energizing. It’s a progression, a kind of ritual exorcism of black thoughts and an awakening of new possibilities.

Or at least that’s the effect it had on me; what you take away from this kind of music may have as much to do with who you are as it does with its creators’  intentions. I suppose for some it could be taken as a musical manifestation of despondency, yet I think there is too much mesmerizing beauty in the music to cast an unbroken pall of gloom in the minds of most listeners. These may be dark waters, but they shimmer with the gleam of sunlight through whispering leaves overhead.

Hypothermia aren’t the only band blending elements of post-metal and black metal into their music, but they’re doing it in a way that succeeds in producing a powerful emotional impact, and the music resonates in the mind long after it spins its way into silence.

Svartkonst will be released in a variety of physical formats, as well as digitally, and can be pre-ordered from Agonia Records here. You will find the album stream below, along with a previously released video made by Kim Carlsson for the song “Efterglöd”.

One Response to “AN NCS ALBUM PREMIERE: HYPOTHERMIA — “SVARTKONST””