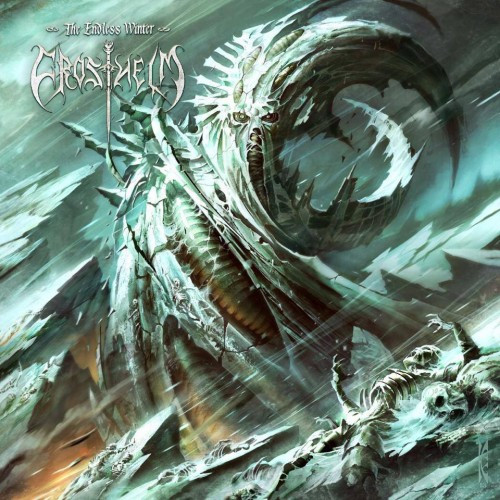 There are many good things to be said about music videos which follow the release of an album that spawned them. Among other things, they bring to light music you might have overlooked or, in the case of the Frosthelm video we’re about to premiere, they can remind you of how dumb you were not to pay more attention to the album in the weeks leading up to its release. And by “you”, I mean “me”.

Frosthelm’s debut album The Endless Winter, which was released in March of this year, is absolutely excellent — a seamless blend of black metal and thrash that runs like a mega-sized electric dynamo and is almost as addictive as caffeine. You feel that urge to go back to it repeatedly, and thankfully the songs continue to deliver a biting surge of adrenaline even after multiple listens. 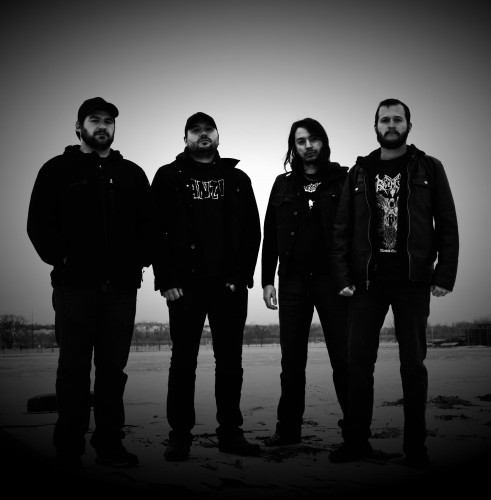 The closing track on the album, “Silent and Dark, The Everlasting Sky”, is one of the high points in a collection of songs that’s uniformly strong. It blazes like a brushfire, bites like a wolf pack, and thunders like an avalanche hitting maximum velocity. It includes a blazing solo and throat-tearing vocals — and a dark melody that stays with you. Remember what I said about caffeine.

The video, directed by Vernon Chapel, is really well done, too. It mixes film of the band performing the song and images of rural decay and desolation. I assume the scenes were filmed in North Dakota, where Frosthelm make their home, and the barren landscapes, haunting clouds, and crumbling structures suit the music very well.

The Endless Winter sounds great, too.  It was recorded at Clear Lake Audio in Los Angeles and produced and engineered by Eric Milos and Alec Schneider. Mixing and mastering was handled by Matt Hyde (Slayer, Skeletonwitch, Kreator), and the album was released by California’s Alkemy Brothers label.

3 Responses to “AN NCS VIDEO PREMIERE: FROSTHELM — “SILENT AND DARK, THE EVERLASTING SKY””