The Zatokrev song featured here is “Bleeding Island”. It comes from their new album Silk Spiders Underwater…, which was released on April 13 by Candlelight Records, and it’s the focus of the new music video you’re about to see. 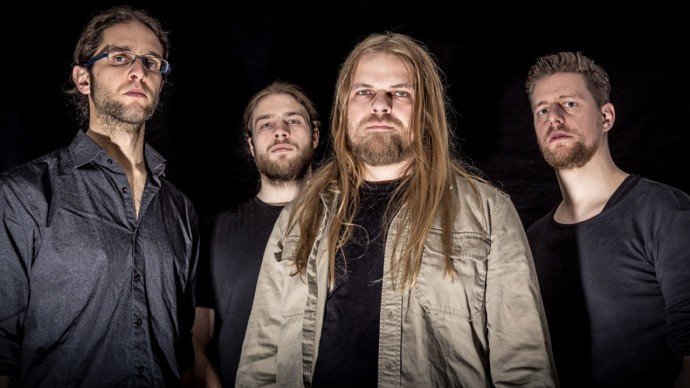 The video includes time-lapse film of an artist creating a drawing, and the artist is Roger Horvath, who’s blackened face appears in the video — so I guess we do have something blackened in this first item after all.  (There’s a longer video clip of him creating the blacksmith drawing at this location, albeit with a very different musical soundtrack).

The song is as bleak as a cancer ward, with deep, grinding riffs and drum beats that go off like gun shots — and yet, there is something in the music’s morose melody that grips with a tight chokehold, right around your throat. You pair that with the heart-bursting vocals — sometimes abraded, sometimes choked, sometimes soaring — and it makes the hair stand up on your arms. It’s a thoroughly intense song that’s brutally crushing and emotionally affecting at the same time.

The Austrian black metal band Amestigon has recorded a second album named Thier that’s due for release by the World Terror Committee on May 28. It’s a four-track, hour-long work that follows the bands first album Sun of All Suns by roughly five years. A couple of days ago, W.T.C. unveiled a music video for the shortest of the four songs — “358” — on YouTube, and that’s what you’ll find next in this post.

I say “shortest song”, and so it is, but it’s still more than 10 1/2 minutes long. What makes the song so striking is its success in combining storming black metal savagery with slow, sweeping waves of gripping melody and pavement-cracking hammer blows. The cracked-ice and poison in the vocals, the wordless voices of a choir, and the powerful, sludgy low end in the music combine with those other ingredients to create a grim sense of otherworldly threat in the aura of the music. It’s a dramatic, inventive piece that’s almost a hybrid of doom and black metal — and I highly recommend it.

One other track from the album (“Demiurg”) is streaming at Invisible Oranges here, and you should definitely check that one out, too. 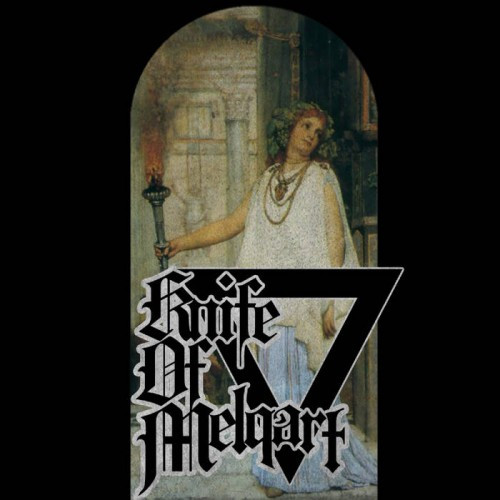 I first came across this one-man Argentinian band last summer and featured two of its singles in another one of these Shades of Black posts. Now, both singles have been packaged together for free download on Bandcamp as an “LP Preview”, which I guess means that the band have an LP on the way (yay!). The songs are very good, and although I won’t repeat what I wrote about them last summer, I will say… listen dammit! 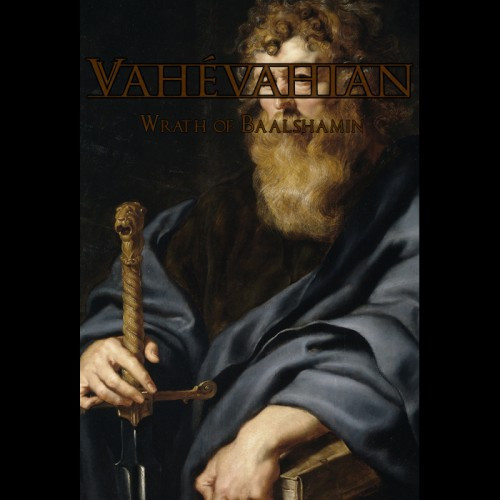 I did have a somewhat ulterior motive in writing about Knife of Melqart again — I’ve recently discovered that the man behind that band also has another project named Vahévahian. The most recent of two Vahévahian EPs (Wrath of Baalshamin) was released as a download in January, and on tape in March by a DIY label named Ydnirgal Productions (see the links below). There are only 50 copies of the tape. Ydnirgal was kind enough to mail me one from Córdoba, Argentina, along with a note that had been carefully burned on all four edges, and the package arrived a couple of days ago. Here’s my copy: 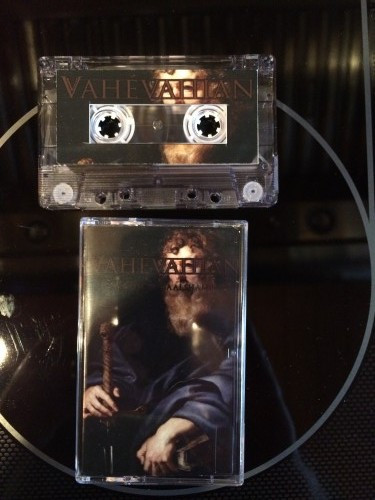 The music on Wrath of Baalshamin (four tracks totaling about 30 minutes) is also available on Bandcamp, and I’ve embedded the player below.

The opening guitar and synthesizer instrumental is as beautiful as it is gloomy, and it begins immediately setting the stage for what proves to be an immersive listening experience. The music is surrounded by a haze of distortion and undergirded by the pulse of a drumbeat that’s alternately galloping or glacially slow and methodical. The layered guitars create repeating musical motifs that are entrancing, moving from sandstorms of blasting riffage accompanied by trilling tremolo leads and thundering percussion to ethereal, reverberating arpeggios that pull hard on the heartstrings.

The shifting textures of the music include surging bursts of adrenalized, rapid-fire riffs and passages of dreamlike meditativeness. The music lifts you up and pulls you along like leaves carried in the wind gusts of an approaching storm, and it sets you drifting slowly on a shining river of tears, contemplating all you’ve lost — and what you might gain around the next bend.

Wrath of Baalshamin is a bracing and beautiful work of atmospheric black metal that has no vocals, and needs none. This really is worth hearing from start to finish.